Detectives have charged two men over the killing of a man who was ambushed, dragged from his bike and stabbed to death while he was cycling through town.

James ‘Jimmy’ Fitzgerald was stabbed in Barn Cottage Lane, Haywards Heath, West Sussex, and suffered a cardiac arrest in the back of an ambulance as paramedics rushed him to hospital on Friday evening.

Craig Ghochani, 28, of Haywards Heath and James Creaghan, 28, of Gowers Close, Ardingly, have been charged with murder and possession with an offensive weapon.

The suspects appeared before Brighton Magistrates’ Court today and will spend Christmas Day behind bars after being questioned about the murder. 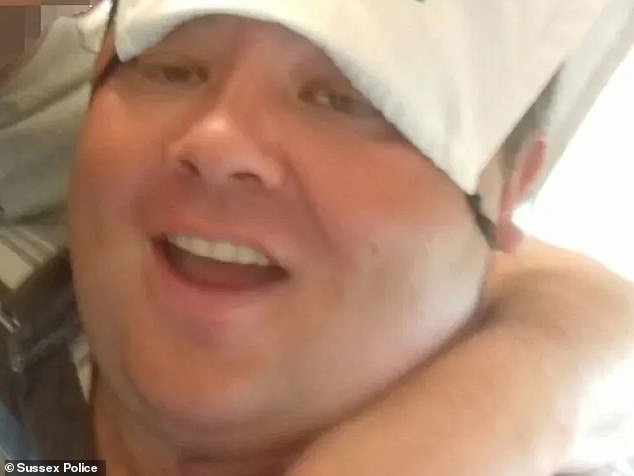 James ‘Jimmy’ Fitzgerald was stabbed in Barn Cottage Lane, Haywards Heath, West Sussex, and suffered a cardiac arrest in the back of an ambulance on Friday

Mr Fitzgerlad’s heartbroken family have paid tribute to the ‘much-loved’ local man whose murder has sent shock waves through the community in the run-up to .

In a touching message, they said: ‘As to be expected, the family is devastated, with the news that Jimmy has been murdered.

‘Jimmy was full of life and well-loved by the community.

‘We accept Jimmy made his mistakes, unfortunately Jimmy and Ricky became lost souls to life after the passing of their mother Judy.

‘Their mother was their rock and Jimmy and Ricky have tried to keep themselves at bay. This is terrible news.

‘We would like to thank the police and the people that tried to save Jimmy before the medical staff got to him. May Jimbo rest in peace.’ 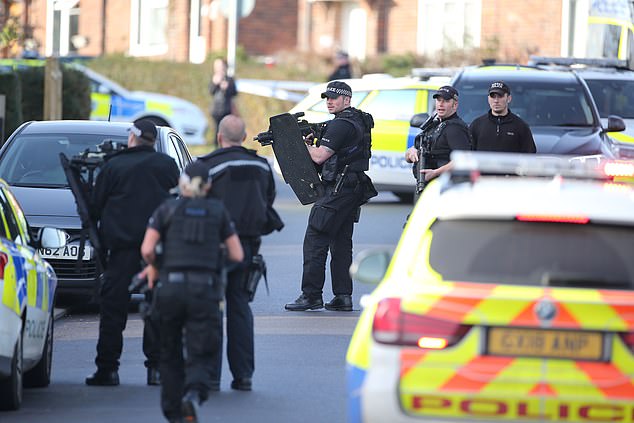 Mr Fitzgerlad was pulled from his bike and stabbed on a street in Haywards Heath, West Sussex

The horrific murder has sent shock waves through Haywards Heath where families were preparing to celebrate Christmas.

Residents peered out from windows festooned with Christmas decorations to watch as armed officers and police dogs descended on an area of the town and made a series of five arrests on Saturday.

Paramedics rushed to the scene at 8.20pm after the alarm was raised and found the bike rider lying on the ground in a large pool of blood. 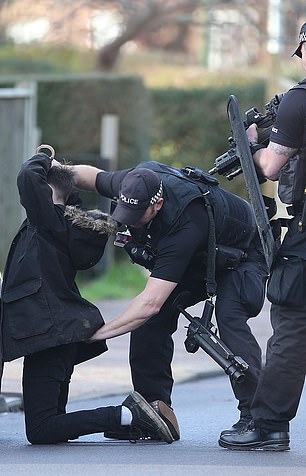 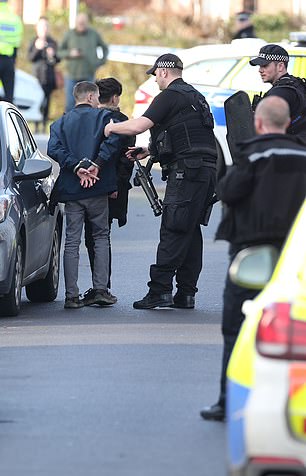 He was given emergency treatment but died later in the ambulance. A police spokesman said ‘He sadly died while en route to hospital.’

Police were called and his body was taken to the mortuary at the Royal Sussex County Hospital in Brighton where a Home Office pathologist will carry out a post mortem to establish exactly how he died.

Detective Superintendent Tanya Jones said ‘We believe the victim had been cycling on his bike at the junction of Barn Cottage Lane and Bentswood Crescent when he was attacked by what we believe to have been two men. 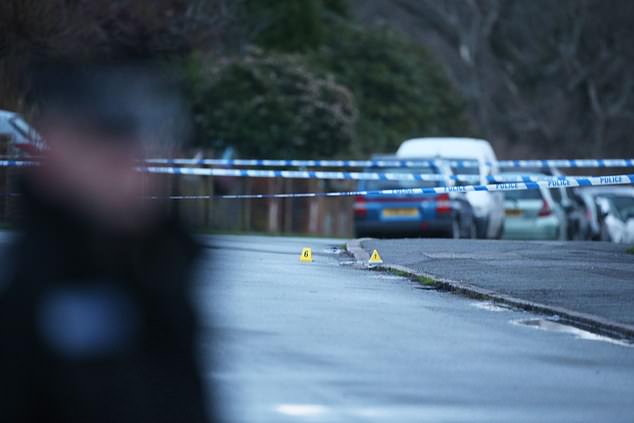 Paramedics rushed to Barn Cottage Lane at 8.20pm after the alarm was raised and found the bike rider lying on the ground

‘We believe this was a targeted incident and the victim and his attackers are known to each other.

‘We are appealing to anyone who saw what happened or has any information to please contact us. We have spoken to a number of witnesses but we are keen to speak to more people who might have information.

‘We currently have officers in the town trying to trace further people who may have been involved.

‘I would urge anyone who witnessed the incident, the events leading up to it or who has any information to assist our enquiry to report online or call 101 quoting Operation Trevally.’