As a young boy, Randy Heiss never had any of his letters answered by Santa Claus.

After coming across a balloon with a list addressed to Saint Nicholas, he was determined to give an eight-year-olde girl everything she asked for.

Randy, 60, had gone out for a hike with his dog Feliz  the morning of Dec. 16 when he came across a shredded balloon resting atop of the grass near his ranch in Patagonia, Arizona.

He was about to pick it up and toss it in the garbage when he noticed the handwritten note attached to a string.

Randy, who is not fluent in Spanish, had no idea what the letter, signed by Dayami, said, but he was pretty sure it was a Christmas list. 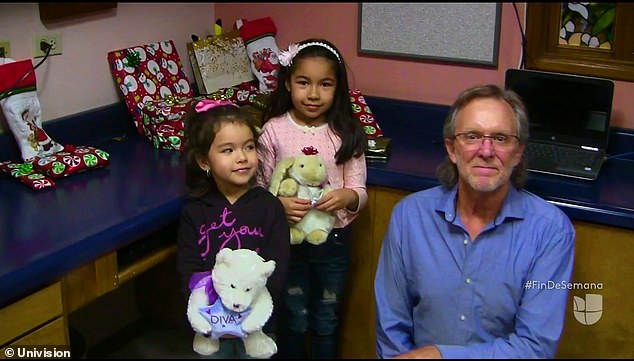 Randy Heiss (right) drove from Patagonia, Arizona to Nogales, Mexico, to deliver gifts to Dayami (center), who addressed a Christmas list to Santa Claus and tied it to a balloon. Her sister Ximena (left) also received some gifts 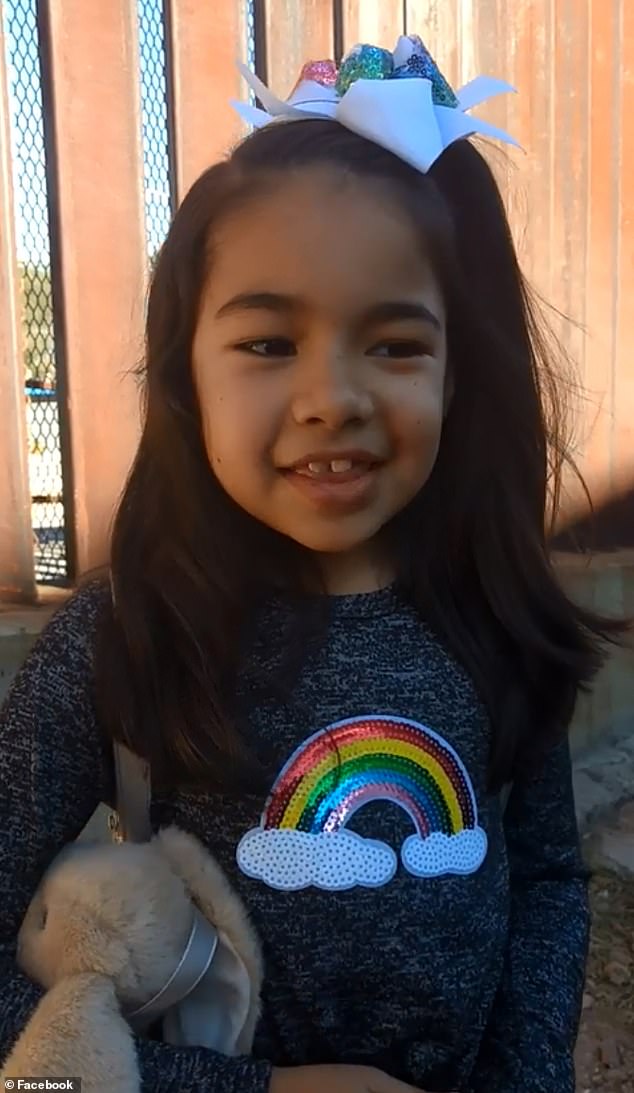 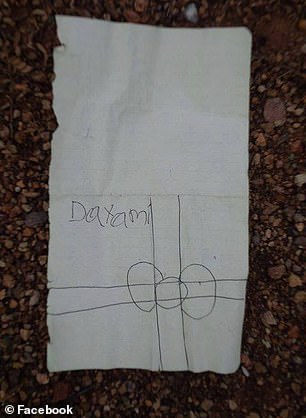 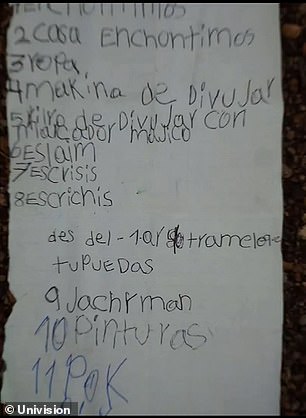 For Randy and Marcella, the note brightened their holiday after losing their only son nine years ago. They have no grandchildren.

At first, Randy told the  that he took to his Facebook account seeking help from some friends he had in the Mexican border city of Nogales.

He made a wild guess that the winds had blown the letter up north from the town that’s just 20 miles southwest from his home.

Days went by without any leads before Randy reached out to Radio XENY, a station based out of Nogales. 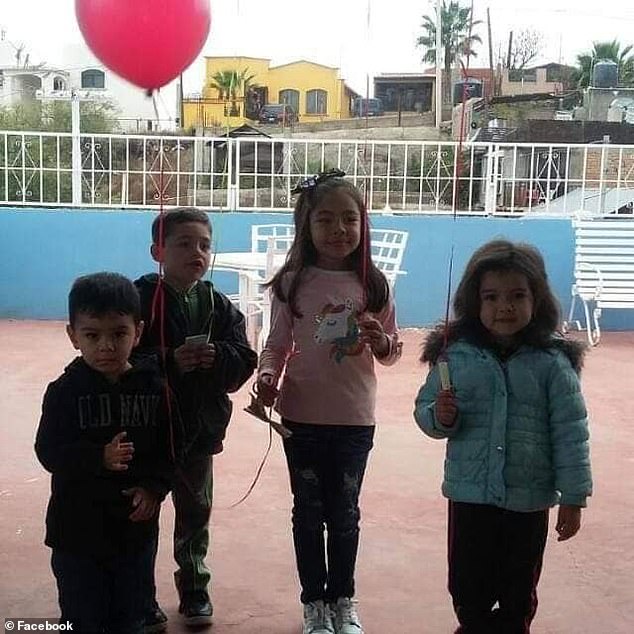 Dayami (second from right), her sister Ximena (right) with  two other young boys moments before they each let go of  balloons with Christmas lists attached to them 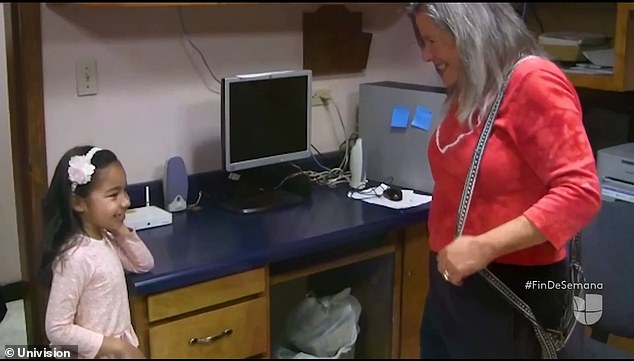 Marcella Heiss (right) interacts with Ximena at a local radio station in Nogales, Mexico after she and her husband made a 45-minute drive from Arizona to meet with the girls which had sent Santa Claus a Christmas list attached to a balloon

‘My husband said, “I know I am going to find her,”‘ Marcella told .

‘Just like the girl had faith, he had faith that he was going to find that girl.’

A message was placed on the station’s Facebook account last Wednesday. A day later, Dayami and her family had been located.

Randy and his wife drove to a local Walmart and rounded up some gifts for Dayami and her four-year-old sister Ximena, and then made the 45-minute drive across the Mexico-U.S. border.

The Heiss family met Dayami and her family at the radio station’s office.

As was the case with Randy, Dayami and Ximena had seen a couple of Christmases come and gone without Santa responding to their carefully crafted lists.

‘Their eyes were wide open with wonder,’ he said to the Washington Post. ‘Like, ‘Oh, my gosh, this really did work!’ ‘

‘We now have friends for life,’ Randy said.

‘And, for a day, that border fence with its concertina wire melted away.’