Thirteen miners have been killed and ten are left injured after a methane explosion erupted in a black coal mine in the east of the Czech Republic, according to a spokesperson for the mining company.

The explosion took place at the CSM mine 875 yards (880 meters) underground in Karvina, in the east of the country near the border with Poland on Thursday afternoon.

Rescuers initially discovered five dead miners and reported eight as missing, however all eight bodies have now been found deceased. 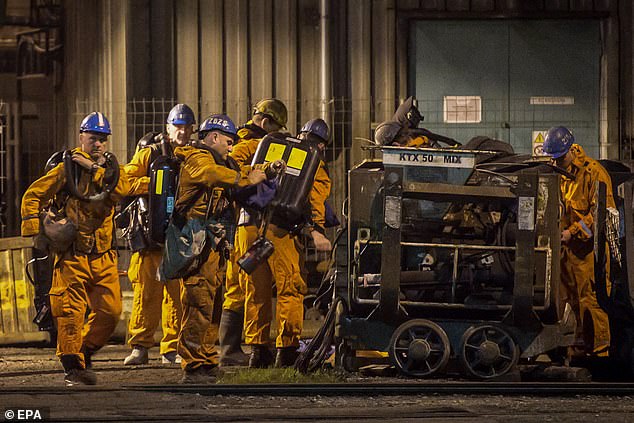 Mining rescue workers prepare their equipment as they head into the shaft in Karvina, near the Czech-Polish border, were five people were killed in an explosion on Thursday evening

Ivo Celechovsky, spokesman for the OKD mining company, reported that 11 of the miners were Polish and two were Czech.

The blast caused devastation in some underground work areas with poor visibility obstructing the efforts of rescue units.

Celechovsky said the fire was still burning, with rescuers building barriers to stop it from spreading. 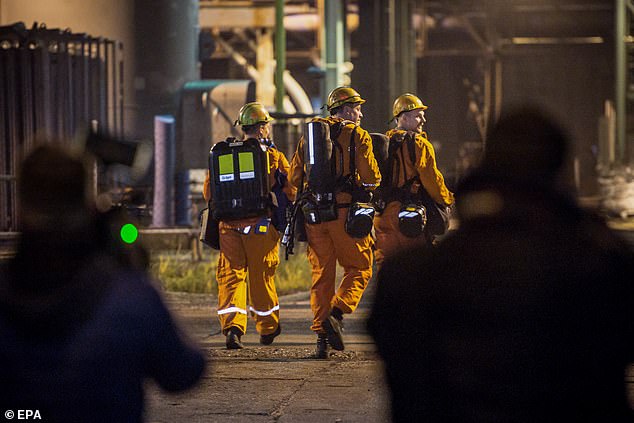 He added they would work there at least until Sunday.

Nada Chattova, a spokeswoman for the hospital in the nearby city of Ostrava, said two men had been treated at its burn centre.

‘One was brought in by a helicopter, he is still in a critical condition. The other one is in a stable condition and his life is not in danger.’

One miner with a less severe injury was taken to a hospital in Karvina and seven were treated on the spot, also with lighter injuries, Czech media said. 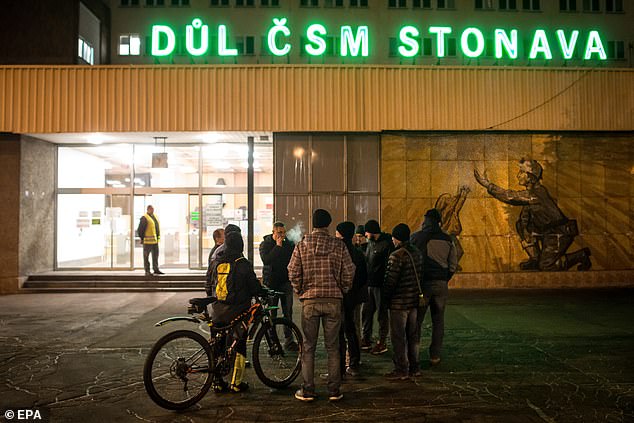 ‘The blast at the CSM mine is a huge tragedy,’ tweeted Czech Prime Minister Andrej Babis, who will travel to the site on Friday morning along with his Polish counterpart Mateusz Morawiecki.

The prime ministers talked on the phone after the accident, Morawiecki said in a tweet, adding that Polish rescuers had also been sent to the mine.

Celechovsky said on Thursday the dead Polish miners were from the Poland-based Alpex mining company. 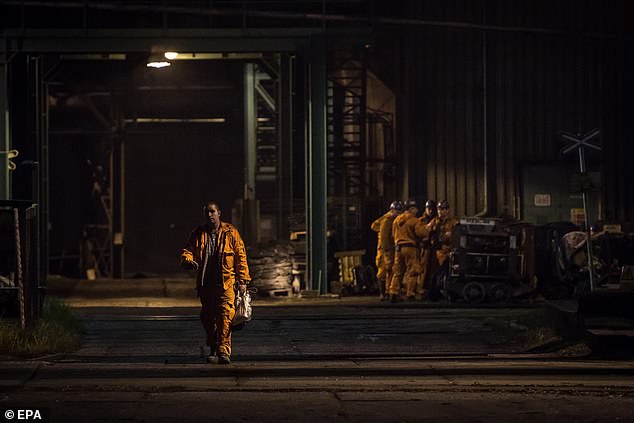 ‘I was supposed to be there, I work with these teams every day. They sent me to work somewhere else today,’ said a Polish miner.

OKD, which runs the mine, is controlled by the Czech state and expects to extract about five million tonnes of coal this year.

The accident is the most serious one at a Czech mine since 1990 when 30 miners died following methane combustion at another mine in Karvina.