As often tells us, the widespread feeling that Britain must regain control of its borders and policy was a major factor in the result.

It is a point that she repeats in a foreword to the Government’s White Paper on immigration post-, which was published yesterday. For the first time in more than 40 years, we will be able to decide who comes to work in this country.

The difficulty lies in agreeing what this number should be. It is clear from reading the White Paper, and from observing the choreography around it, that the Cabinet is fundamentally split on this issue. 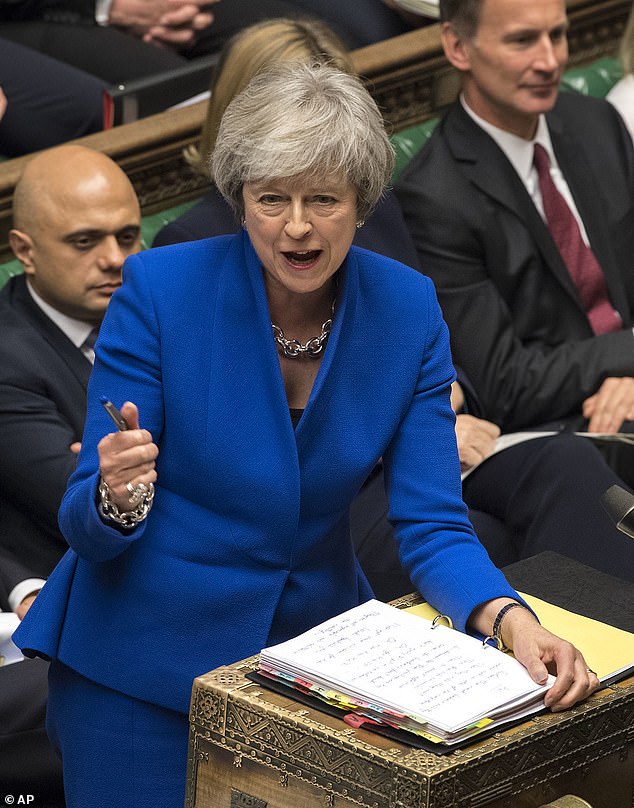 Theresa May repeats that Britain must regain control of its borders and immigration policy in a foreword to the Government’s White Paper on immigration post-Brexit, which was published yesterday

Pressed on BBC Radio 4’s Today programme yesterday, Sajid Javid, the Home Secretary, refused to endorse his Government’s long-standing aspiration to bring down net annual migration to the ‘tens of thousands’. The most recent figure, in the year to last June, was 273,000.

Yet, a few hours later, during Prime Minister’s Questions, Mrs May freely expressed her support for a target that Mr Javid plainly does not think the Government can — or even should — meet.

Nor is the commitment to ‘tens of thousands’ mentioned specifically in the White Paper. Both in his interview and in the Commons, Mr Javid stressed his refusal to set specific goals.

A second Cabinet division concerns the salary threshold for skilled immigrants. The Prime Minister wants it to be £30,000, thereby keeping out unskilled labour.

But Chancellor Philip Hammond and some other senior ministers want a lower figure in order to attract the very workers Mrs May would like to exclude. So the matter has been put out to ‘consultation’ — shorthand for the governmental long grass.

The fact is that at the centre of Government and, therefore, of the White Paper, there is a disagreement about how many migrants Britain will need, or want, once we have left the EU.

And I must say, there is nothing in the White Paper that convinces me that the authorities are likely to be able to bring down immigration from its existing high levels.

It is perfectly true that EU workers will no longer be permitted to come and work here as of right. But it is also the case that they are already arriving here in much smaller numbers than only two years ago. There are several explanations. 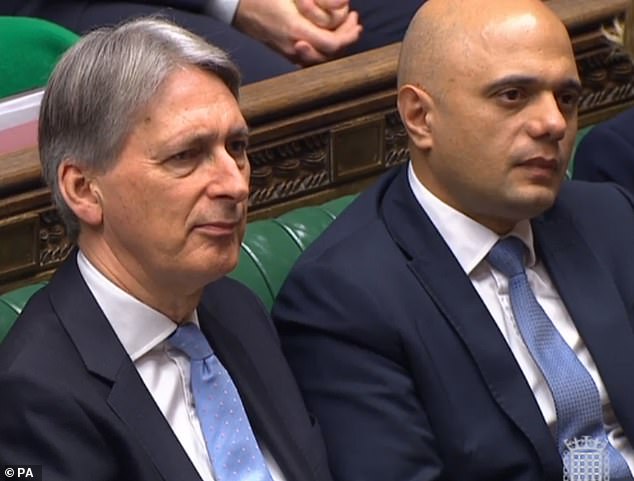 The pound has fallen sharply, so that EU workers have less money to send home. Poland, the fount of many migrant workers, has a thriving economy and so more opportunities for its own people. And Brexit has introduced some uncertainty into the minds of would-be migrants.

To say that the problem of EU migration has been solved would be putting it too strongly. But it is undoubtedly much less of a challenge than it was. In 2015, net annual migration from the EU to the UK stood at 189,000. In the year to June, it was 74,000.

Yet, at the same time, non-EU migration has increased to the highest level for 14 years. The rise is partly attributable to more people coming here from Asia for work-related reasons.

Now, this is my question. If the Government is unable at present to stem the rise in non-EU immigration — over which it has complete control — why should we assume it will do any better after we have left the EU and it has responsibility for all migration? 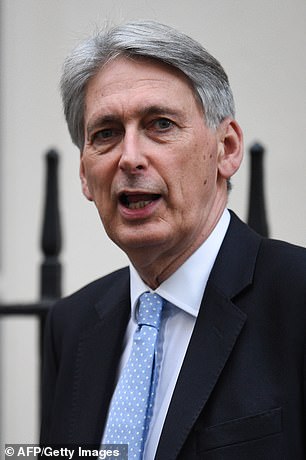 The Cabinet is divided over concerns about the salary threshold for skilled immigrants. The Prime Minister wants it to be £30,000, thereby keeping out unskilled labour. But Chancellor Philip Hammond and some other senior ministers want a lower figure

I regret to say the White Paper offers no answers. In fact, it introduces some doubts. This is particularly so in relation to its plan for a transitional measure, to run for an initial five years, to allow low-skilled workers to come here.

The proposal has been dreamt up to allay the fears of some businesses that there might be a labour shortage after we have left the EU. People from abroad would be able to take a low-paid job here for a maximum of 12 months, followed by a so-called ‘cooling-off period’ of a further 12 months.

The potential for abuse is obvious. Someone supposed to go back to his or her home country after a year could easily disappear from officialdom’s radar and take another low-paid job. It’s a pretty crazy scheme.

Moreover, it would enable low-paid workers from abroad to undercut the wages of indigenous ones — a frequent and justified criticism in the past. Jobs that could and should be filled by homegrown workers would still be taken by foreigners.

I don’t doubt that the Government’s heart is in the right place and that it genuinely wishes to reduce existing high levels of immigration while taking proper account of the needs of business.

But let me reiterate my fear that a government that can’t control numbers as things stand is unlikely to be able to do so in the future unless it demonstrates more determination and clear thinking than are on display.

I don’t think that Mrs May’s ambition of reducing immigration to the ‘tens of thousands’ is likely to be achievable in the foreseeable future, if ever. The last time it was met was in 1997, when migration movements worldwide were much smaller than they are today.

But Mr Javid’s policy of shunning targets altogether, and his speaking in vague terms of ‘sustainable levels’ of immigration, do not represent an adequate response to the clear message of the referendum result.

Imagine this country in four or five years’ time. We have long left the EU. We are not doing too badly. In fact, lots of people want to come to work here. 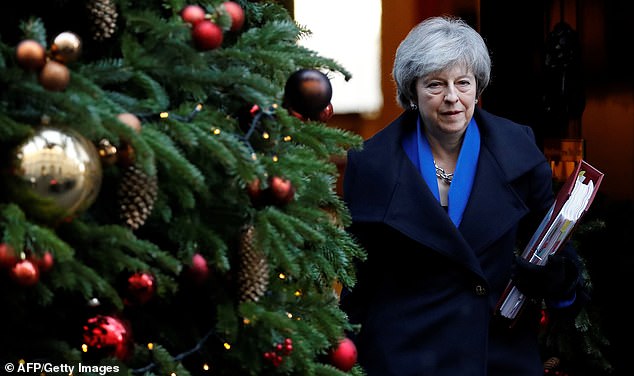 I don’t think that Mrs May’s ambition of reducing immigration to the ‘tens of thousands’ is likely to be achievable in the foreseeable future, if ever, says Stephen Glover

Let us suppose that the EU’s freedom of movement has been long consigned to the dustbin and immigration numbers are roughly what they were in 2016. Or maybe they are even higher. It’s entirely possible.

What would people think? I have no doubt there would be widespread disenchantment and a general belief that we had been sold a pig in poke over Brexit. The slogan ‘taking back control’ would have a very hollow ring.

Immigration is a good thing. Uncontrolled immigration is not. Unless politicians get a handle on it, there will be continued pressure on housing (according to the Office for National Statistics, immigration is likely to account for nearly half of new housing demand in the future) and on hospitals and schools.

And, alas, many people will be confirmed in their suspicions that politicians say one thing and do another and that, although they pretend to listen, they don’t really hear.

There has been a lot of talk of betrayal in recent weeks. I can think of few greater potential grievances than that of people dragged through the ordeal of Brexit only to discover that their greatest worry has not been properly addressed.

I do understand how difficult it is for a relatively buoyant economy such as ours to bring down immigration — a lot more difficult than simply severing ties with Brussels and asserting sovereignty over our own borders.

But I don’t believe that the White Paper begins to grasp the enormity and complexity of the challenge. Let’s just say it is a work in progress — and that there is much, much more to do.