A large number of aircraft were forced into holding patterns while the aerodrome and surrounding areas were searched for the unauthorised machines.

A police helicopter was sent to the scene in an effort to track down the drones and their operators. 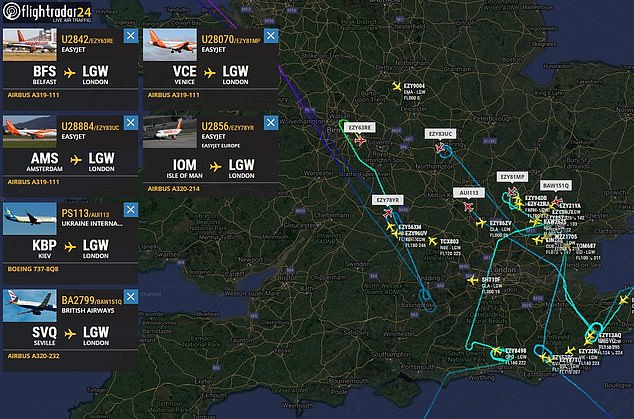 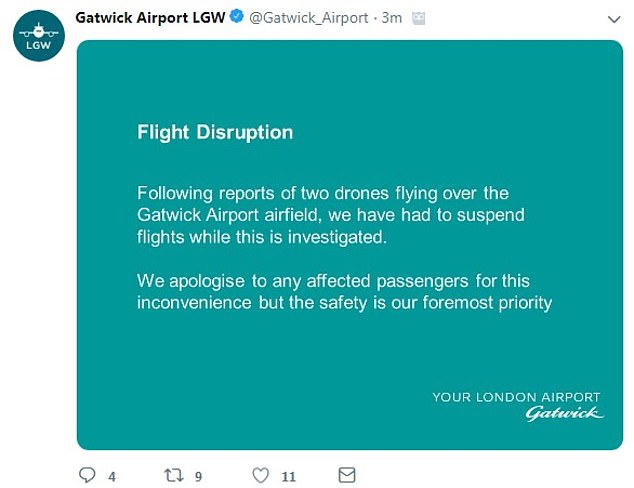 Gatwick Airport confirmed they suspended flight operations after two drones were seen in the area surrounding the aerodrome. They said it was necessary to take this action for safety reasons 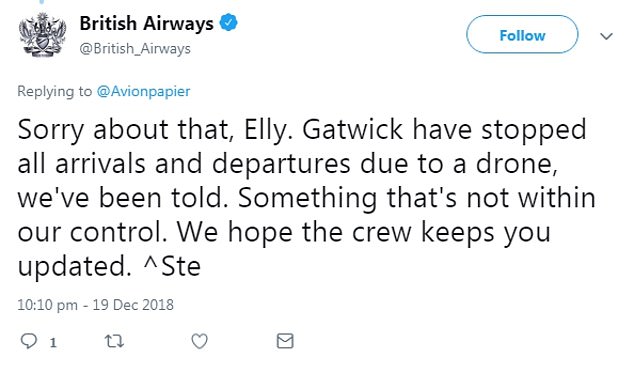 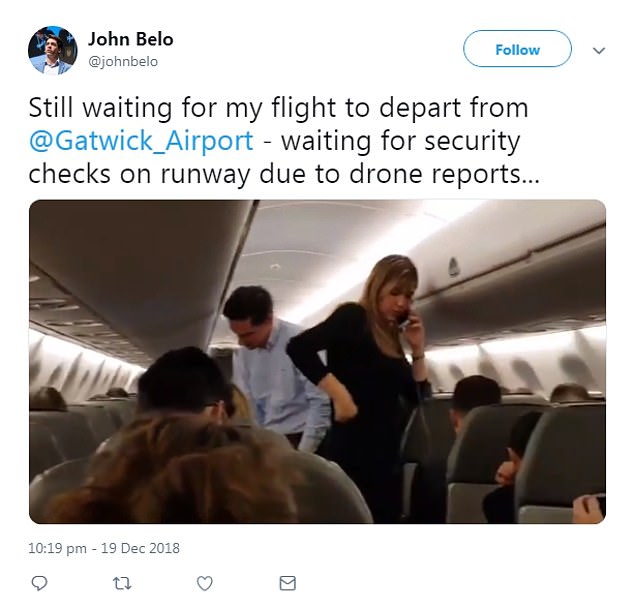 British Airways apologised to its customers claiming flight operations had to be suspended because of the drone.

Some flights were forced to divert to Birmingham, leaving passengers more than 100 miles from their intended destination.

While other aircraft were forced into holding patterns over France before receiving permission to approach Gatwick.

It is understood one Ryanair aircraft requested a diversion to Stansted.

Gatwick Airport said: ‘ ‘Following reports of two drones flying over the Gatwick Airfield, we have had to suspend flights while this is investigated.

‘We apologise to any affected passengers for this inconvenience but the safety is our foremost priority.’

Family members expressed anger over social media after their loved ones were diverted to different airports.

One easyJet flight landed at Stansted instead of Gatwick because of the continued chaos.

Other flights are believed to have landed in Manchester, Cardiff, Luton and Paris.

One Norwegian Air flight from JFK diverted to Liverpool having circled Bristol for a while. 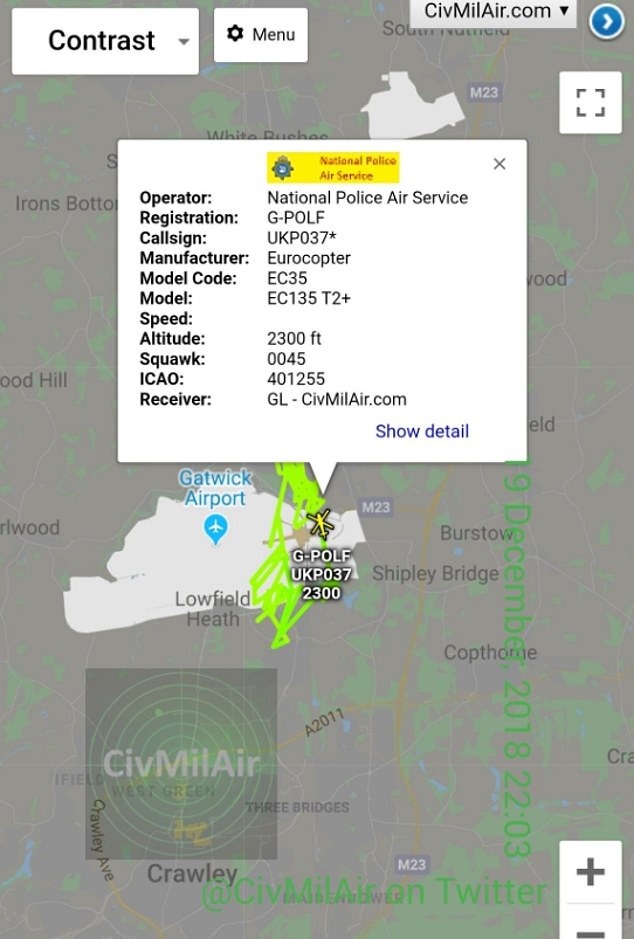 HOW CLOSE IS A NEAR MISS BETWEEN AIRCRAFT AND DRONES?

Near miss is a common term used to describe encounters between different airborne vehicles.

Governed by Airprox, there is no specific distance stated, instead it is gauged by the opinions of the pilot, air traffic controller and the drone operator.

Earlier this year a ‘near-miss’ report was filed between a police drone and two fighter jets travelling at 520 mph. 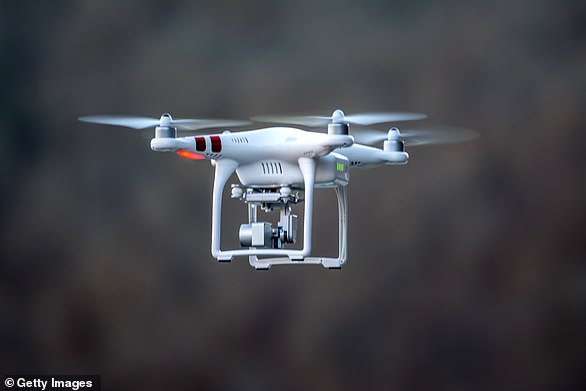 Governed by Airprox, there is no specific distance stated, instead it is gauged by the opinions of the pilot, air traffic controller and the drone operator

The Devon and Cornwall officer was convinced there would be a collision as the military jet came into view.

The Airprox board reported the 13lbs device was flying at an altitude of around 300ft when the pilot heard a fast jet approaching.

The F-15 pilot, who was flying at an altitude of 500ft, could not see the drone but the drone pilot said the risk of a collision was ‘high’.