The Royal Family have started to arrive for the Queen’s annual lunch at Buckingham Palace.

Prince Andrew and Princess Anne were among the first guests seen driving through the gates for the festive feast on Wednesday.

A cherished royal tradition, the lunch at the palace provides the monarch with the opportunity to spend time with those relatives who don’t join her at the Sandringham Estate in Norfolk over the festive season, as well as close members of the family who will be there on the day itself. 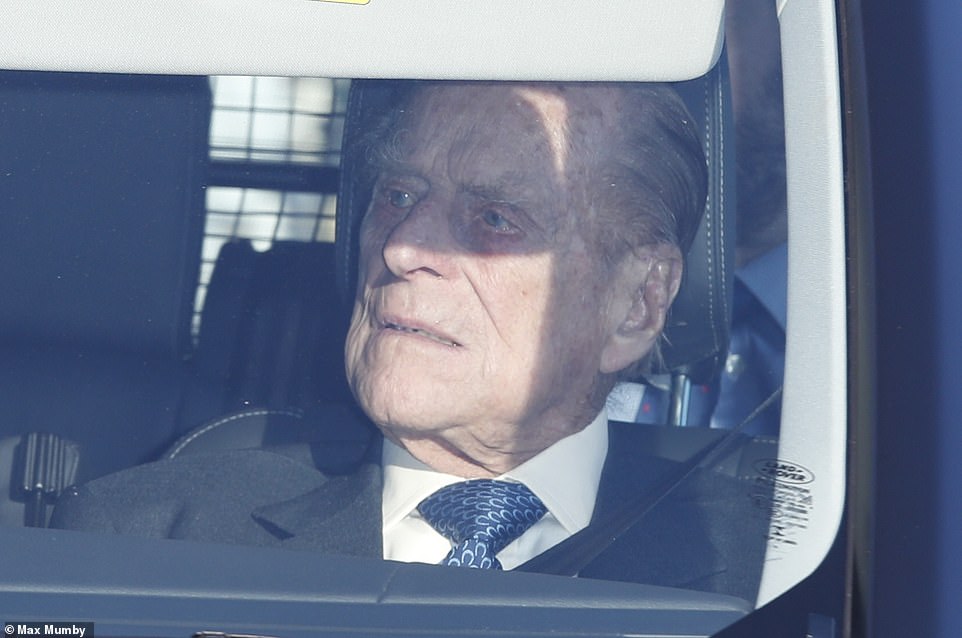 Annual gathering: Prince Philip, 97, was smart in a patterned blue tie as he made the journey to Buckingham Palace 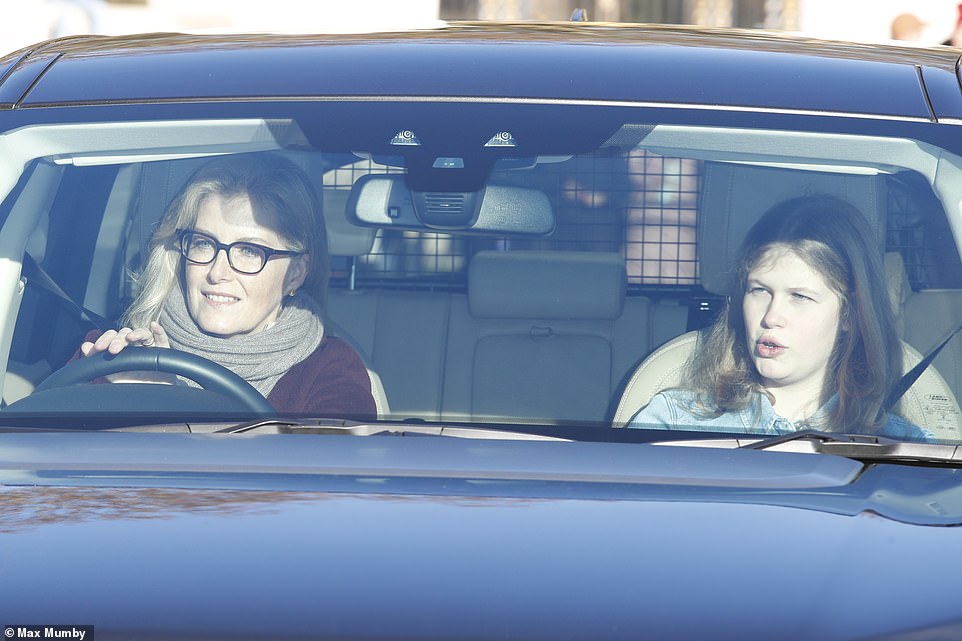 Mother-daughter time: Lady Louise Windsor, 15, rode in the front seat of the car with Sophie Wessex as the family arrived 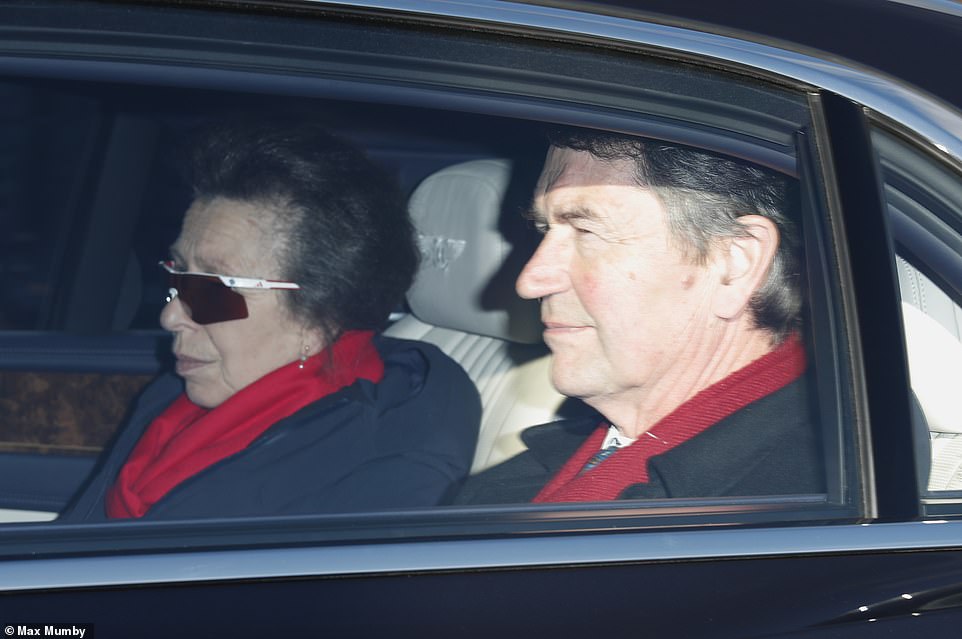 Co-ordinated: Princess Anne and her husband Vice Admiral Sir Timothy Lawrence dressed in dark coats and red scarves as they arrived for the Queen’s traditional Christmas lunch at Buckingham Palace 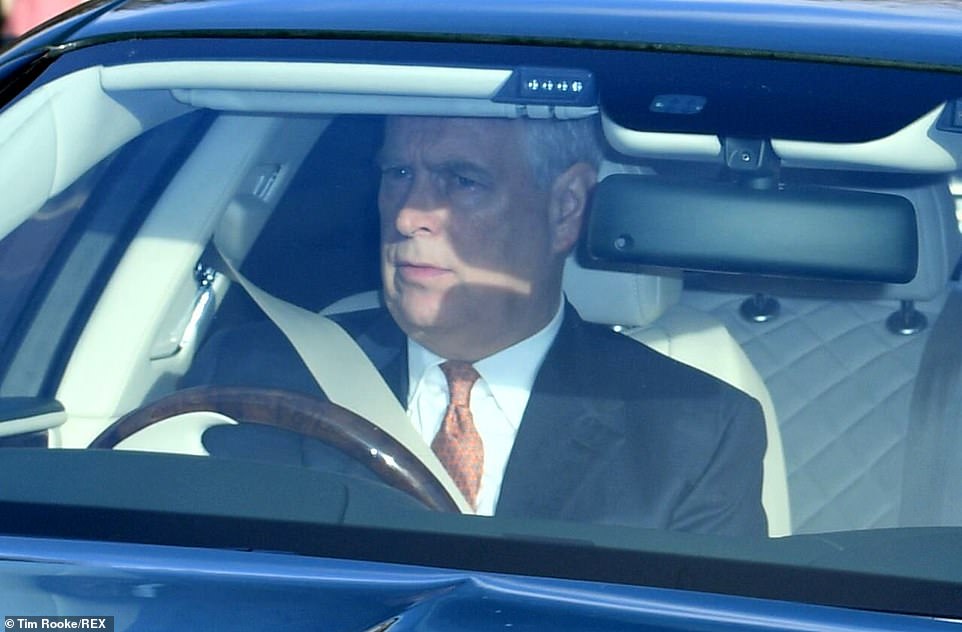 Lunch at Mum’s! Prince Andrew, pictured, was among the first members of the Royal Family seen arriving for the festive feast

Staff have been busy giving Buckingham Palace a festive makeover, with impressive fir trees have erected in the Marble Hall earlier this month.

The trees, which were grown in Windsor, were adorned with royal-themed hangings, while a traditional garland decorated with baubles has been put up along the grand staircase.

The Queen no doubt has ensured that Buckingham Palace looks the part as she hosts members of the royal family as part of her annual pre-Christmas lunch.

The traditional lunch at the Palace usually takes place mid-week, shortly before the royal family head to Sandringham for the 25th. 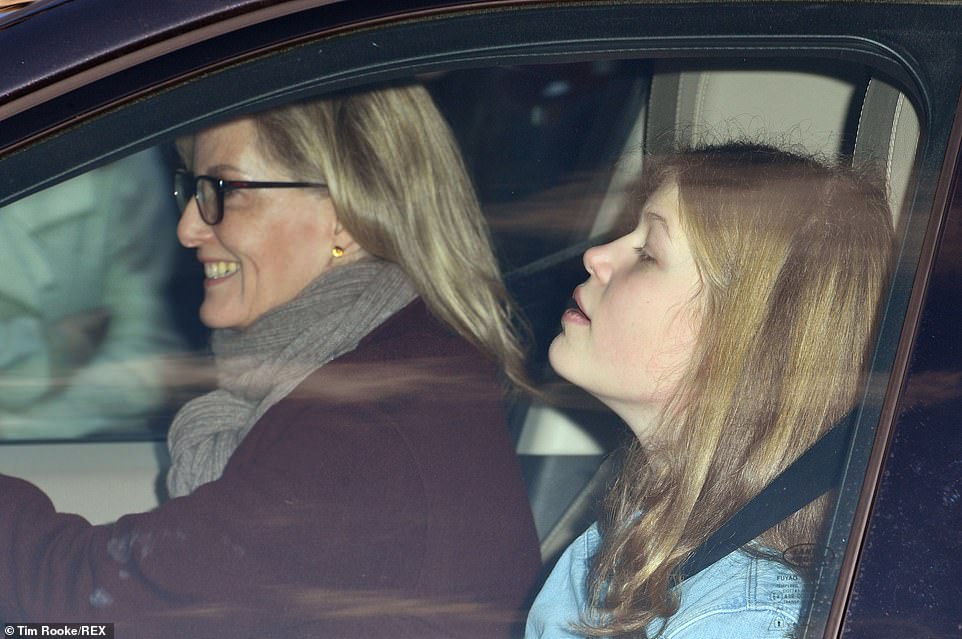 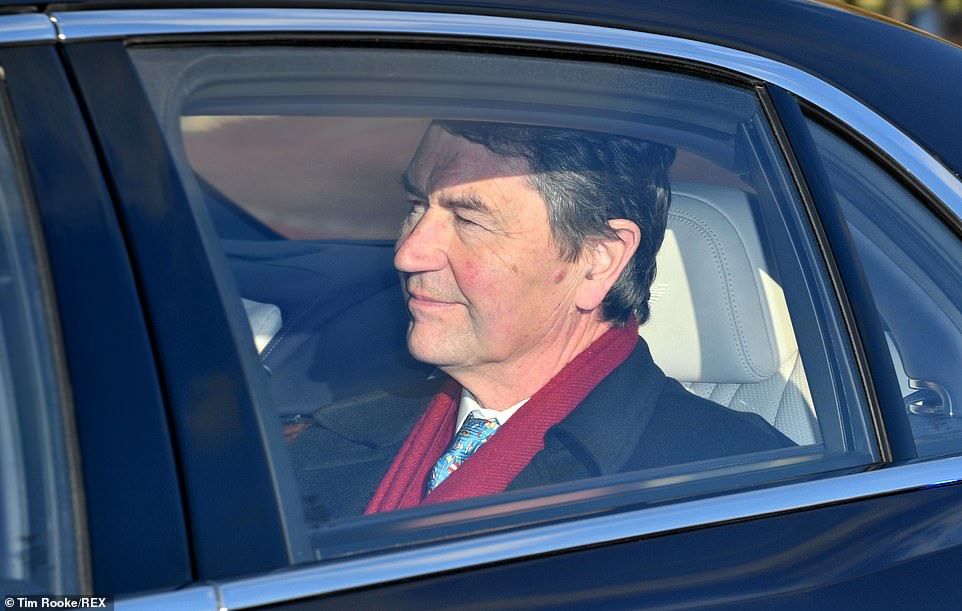 The annual event provides the monarch with the opportunity to spend time with members of the extended family who will not be joining her at her Norfolk estate, as well as senior royals.

The Queen and her family usually wait until the day before Christmas to decorate their tree at Sandringham House in Norfolk, gathering in the White Drawing Room on Christmas Eve to put the finishing touches to a 20ft tree cut from the estate.

This year, the Duke and Duchess of Cambridge, along with George, Charlotte, and Louis, will be celebrating Christmas this year in Norfolk, despite previous reports that they would be spending the day with the Middletons.

It comes amid rumours of a rift between the Cambridges and Sussexes, following the announcement Meghan and Harry will be moving away from Kensington Palace to Frogmore Cottage in Windsor next year.

Officials shed little light on closure of solar...
Teenagers set themselves on FIRE as part of a new social media 'challenge'
Can find the stocking in this festive scene?
I’d rather trust Bernie Madoff with my money than Alexandria Ocasio-Cortez
Rory Stewart brands Boris a LIAR in thinly-veiled 'Pinocchio' tweet
Pensioner's anguish after crooks steal her beloved blind hedgehog during van theft
Shaman on 5,000 mile trek to rid Putin of 'demons' arrested by heavily armed police in Siberia
JLS star Oritse Williams has been writing his 'best music' after being cleared of rape