Hackers believed to be working for China have been accessing the European Union’s diplomatic communications and copying highly confidential cables, in a staggering and widespread security breach that has lasted years.

More than 1,100 cables were supplied to the by cybersecurity firm Area 1 after it discovered the breach.

The newspaper reported that they had been hacked using ‘techniques resembling those long used by an elite unit of China’s People’s Liberation Army.’

Although some of the cables intercepted from the European Union’s diplomats communications network are just fact-based dispatches, others reveal highly sensitive concerns about the Trump administration, struggles to deal with Russia and China and the risk of Iran reviving its nuclear program. 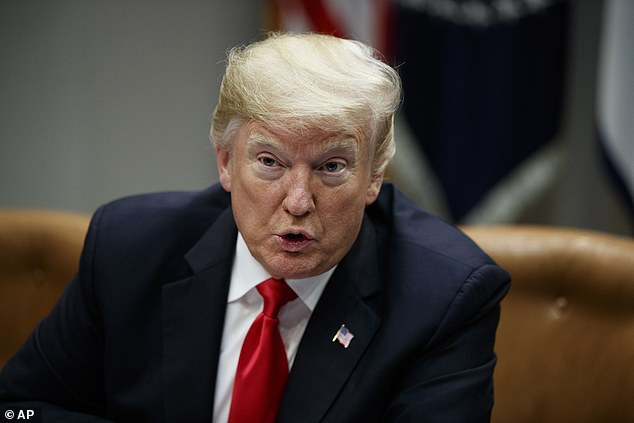 According to Area 1, the memo’s recorded conversations between diplomats voicing concerns over Donald Trump (pictured)

The EU has confirmed it is ‘actively investigating’ the act of espionage and how it remained undetected for three years, which will have huge implications for modern cyber security.

The cables include memorandums of conversations with leaders in Saudi Arabia, Israel and other countries that were shared across the European Union, according to the report.

Chinese President Xi Jinping is quoted as saying of the meeting: ‘While Trump admired Putin, Putin saw Trump as an outlier.’

Another, written after a July 16 meeting, relayed a detailed report and analysis of talks between European officials and President Xi, who reportedly compared Trump’s ‘bullying’ of Beijing to a ‘no-rules freestyle boxing match.’

The European diplomats’ account of their private meeting in July with Mr. Xi quoted the Chinese president vowing that his country ‘would not submit to bullying’ from the United States, ‘even if a trade war hurt everybody.’

‘China was not a backward country anymore,’ the European note taker described Mr. Xi as saying.

A third, from March 7, shows Caroline Vicini, the deputy head of the EU mission in Washington, recommending the trade bloc’s diplomats to describe the United States as ‘our most important partner’ even as it challenged Trump ‘in areas where we disagreed with the U.S. (e.g., on climate, trade, Iran nuclear deal).’

The hackers also infiltrated the networks of the United Nations, the American Federation of Labor and Congress of Industrial Organizations (AFL-CIO), and ministries of foreign affairs and finance worldwide, the report added.

‘After over a decade of experience countering Chinese cyberoperations and extensive technical analysis, there is no doubt this campaign is connected to the Chinese government,’ said Blake Darche, one of the Area 1’s experts. 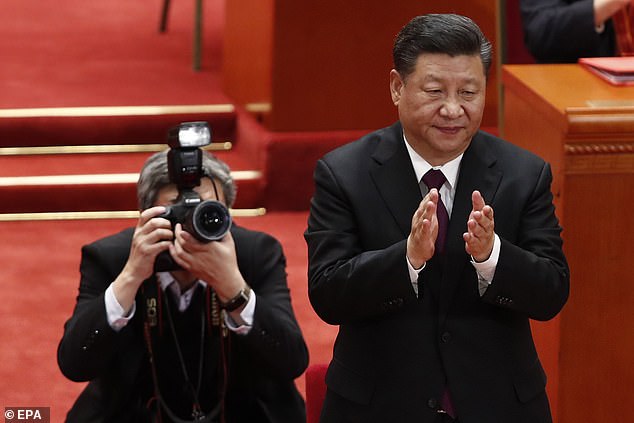 During talks between European officials and Chinese President Xi Jinping in July, the Chinese Premier reportedly told officials ‘China is not a backwards country any more’

The EU announced an urgent investigation on Wednesday after news of the data breach was made public.

EU officials said they have begun a probe into the leak, which comes with Europe on high alert for malign online activity in the run-up to key parliamentary elections in May next year.

‘The Council Secretariat is aware of allegations regarding a potential leak of sensitive information and is actively investigating the issue,’ the EU Council, which represents member states, said.

European Commission Vice President Valdis Dombrovskis said the bloc took any report of hacking its systems ‘extremely seriously’ but refused to comment on the detail of the leak.

‘What is clear is that no institution or country is immune to these kinds of hacks – all communications systems have vulnerabilities,’ he told reporters.

‘We’re constantly dealing with this challenge, upgrading our communication systems to respond to the threats.’

Harry and Meghan battle it out in welly-wanging...
MoneySupermarket.com millionaries offers reward to find father of three sons he thought were his
Spring Statement: Britons could get more control over online data
Police arrest two men after three died in St Patrick's Day deaths
Johanna Konta crashes out of Wimbledon to Barbora Strycova
Netflix cut the controversial suicide scene from their teen drama 13 Reasons Why
Student asks the internet to Photoshop his ex-girlfriend out of his Grand Canyon holiday snap
Golf legend Greg Norman opens up about his relationship with 'disrespectful' Tiger Woods