Uber today lost its latest court bid to stop British drivers from being classified as workers, entitling them to rights such as the minimum wage.

The ride-hailing firm had been trying to overturn employment tribunal findings which could pave the way for tens of thousands of its UK drivers to receive paid holiday.

But at London’s Court of Appeal today, senior judges gave their judgment that Uber drivers are ‘workers’ – rather than being ‘self-employed’, as the company contended.

Unions welcomed the ruling this afternoon as an ‘early Christmas present’ for Uber drivers, with implications for the wider so-called gig economy. 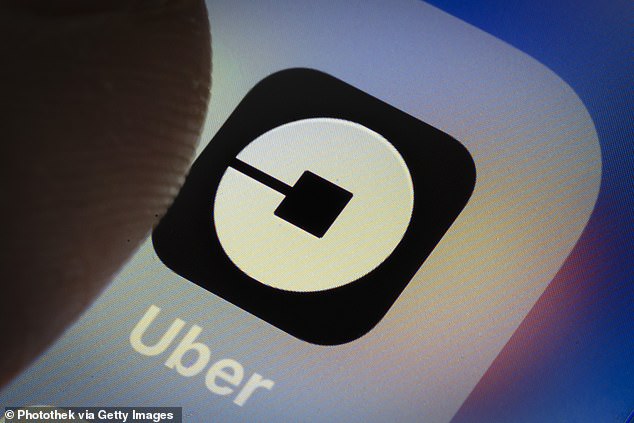 In November 2017, the Employment Appeal Tribunal (EAT) dismissed Uber’s appeal against an earlier tribunal ruling that former drivers Yaseen Aslam and James Farrar were ‘workers’ at the time they were operating for Uber.

But, at a hearing in October, the company’s barrister Dinah Rose QC said the finding that Uber drivers were workers ignored the fact that its relationship with drivers was ‘typical of the private hire industry’.

Uber was not ‘unusual’ because of the relationship between it and its drivers, ‘but because the Uber app enables it to operate on a much larger scale than traditional minicab companies’, she argued.

The initial employment tribunal found Uber’s agreements with drivers contained ‘fictions, twisted language and even brand new terminology’, and that the contracts ‘did not correspond with the practical reality’.

However, Ms Rose said that the contracts ‘reflected the true relationship and terms of the agreements between the parties’.

She added that both tribunals had ‘erred in law’ in concluding that the pair were workers, submitting that they had ‘wrongly disregarded the written contracts in which the parties’ agreements were recorded’. 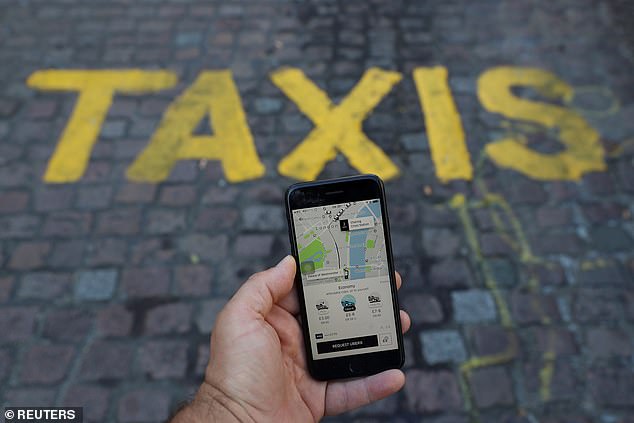 Jason Galbraith-Marten QC, for Mr Aslam and Mr Farrar, said there was ‘no express agreement’ by which the claimants appointed Uber ‘to act as their agent and setting out the nature and extent of that agency’.

He said that the tribunals’ task was therefore to ‘determine the true nature of the (implied) agreement’ between drivers and Uber.

Uber, which could be valued at nearly £100billion in a flotation, has faced protests, regulator crackdowns and licence losses around the world as it challenges existing competitors and rapidly expands.

In Britain, the self-employed are entitled to only basic protections such as health and safety but workers receive the minimum wage, paid holidays and rest breaks.

Uber has introduced a number of benefits for drivers in recent months.

Unions argue that the gig economy – where people often work for various firms at the same time without fixed contracts – is exploitative.

However Uber says its drivers enjoy the flexibility and on average earn much more than the minimum wage.

Uber had argued in court that its practices have been widely used for decades in Britain by minicabs, private hire vehicles which cannot be hailed in the street like traditional black taxis.

Mr Galbraith-Marten said the tribunals were ‘entitled to ask whether the claimants are genuinely in business on their own account’ or whether they were ‘providing their services’ to Uber.

He added that, if Uber was not acting as the drivers’ agent, ‘the purported driver-passenger contract is indeed a fiction’.

This afternoon, Tim Roache, general secretary of the GMB union, said: ‘We’re now at a hat trick of judgements against Uber – they keep appealing and keep losing.

‘Uber should just accept the verdict and stop trying to find loopholes that deprive people of their hard won rights and hard earned pay.

‘This is the perfect early Christmas present for GMB’s Uber members, but this case is about the wider ‘gig economy’ too. Employers are on notice that they can’t just run rough shod over working people to put more on the bottom line for shareholders.’

Before the October hearing, hundreds of ‘precarious workers’ attended a demonstration organised by the Independent Workers Union of Great Britain (IWGB), which represents Mr Aslam and Mr Farrar.

IWGB general secretary Jason Moyer-Lee described the demonstration as ‘the articulation of the legitimate rage of the precarious workers and the exploited workers of the UK’.

Also today, Nigel Mackay, partner in Leigh Day’s employment team, said: ‘We are very pleased that the Court of Appeal has again upheld the Employment Tribunal’s findings that Uber drivers are workers of Uber.

‘This is the third time that the drivers have been victorious in their fight for workers’ rights but Uber has yet to give their drivers what three legal decisions have ruled they are entitled to – holiday pay and to be paid at least the national minimum wage.

‘We hope that Uber now faces up to its responsibilities instead of spending time and money in the courts attempting to deny its drivers these rights.’