The ‘s failure to include Georgia Hall in its Sports Personality of the Year shortlist has caused outrage among her admirers.

The broadcaster gave the Women’s winner just 10 seconds of airtime despite her victory, leading to a sexism row.

The sports star, from Bournemouth, had her win glossed over in a short video as the squad enjoyed a lengthy tribute, the reports.

Harry Kane’s team were the subject of a video that featured a marching band, audience singalong and performance of Three Lions by The Lightning Seeds, David Baddiel and Frank Skinner after Gareth Southgate got the squad to this year’s semi-final.

Gary Lineker told Ms Hall that it was ‘lovely’ to see her at the ceremony but she was not invited to speak. 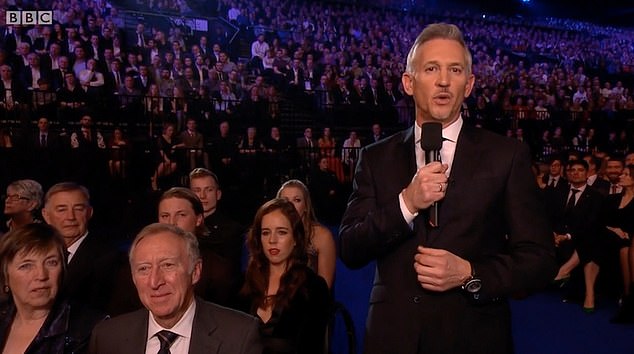 The golfer (pictured, sat by Lineker’s elbow) looked unimpressed as he spoke to her briefly at the awards 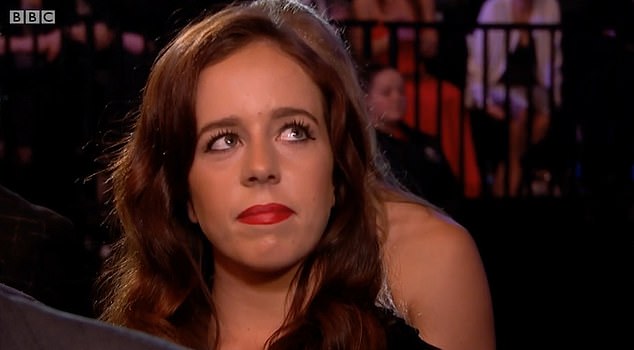 BBC golf correspondent Iain Carter was among those to speak out about the snub, as did Tommy Fleetwood.

The broadcaster’s sports presenter Dan Walker complained that ‘golf just never seems to break through’ at the wards.

When Mr Carter said golfer Francesco Molinari was named World Sport Star of the Year at the ceremony, Walker said: ‘He was the standout candidate in that and all his fellow golfers threw their weight behind him.’

She said that a female winner of Wimbledon would have made the shortlist and argued the Open was the golfing equivalent.

And she said that women players of golf don’t get as much exposure as their male counterparts and suggested that played a part.

An independent panel compiled the shortlist with a 50/50 gender balance. The final list was kept secret this year to counter fans’ voting campaigns.