Police have released frantic 911 calls from students and parents at a Florida high school where an active-shooter drill was conducted earlier this month without warning it was just an exercise.

A unnamed female student is heard telling a dispatcher in a call: ‘There’s a shooting at Lake Brantley High School.’

When the dispatcher asked if the student was calling about a drill or if they witnessed an active shooter, the girl responded: ‘Everyone just started running… I don’t know if it’s a shooter or not.’

The dispatcher inquired further: ‘Do you see anyone with a gun?’ and the student replied: ‘No’.

‘From what we understand, this was supposed to be a drill,’ the dispatcher went on to say.

The teen said several students jumped a fence to leave the school and she thought she ‘heard a bang’ amid the chaos.

Panic was caused when a Lake Brantley student shared a screenshot of an alert that some teachers received during the drill, warning of an active shooter on campus.

The text message alert read: ‘Active Shooter reported at Brantley/ Building 1/ Building 2 and other buildings by B Shafer at 10:21:45. Initiate a Code Red Lockdown.’ 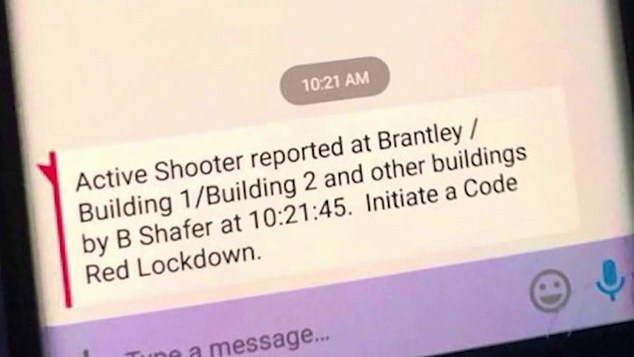 The problem was, the text message did not provide indication the active shooter incident was not real.

He said Thursday’s message may have gone out a ‘bit later’ than normal.

A parent who responded to the school’s Facebook message said her daughter was terrified.

‘Nothing is more terrifying than getting a text from your daughter who is hiding in her classroom having a complete anxiety attack,’ the parent wrote.

She said it was the wrong way to practice safety. 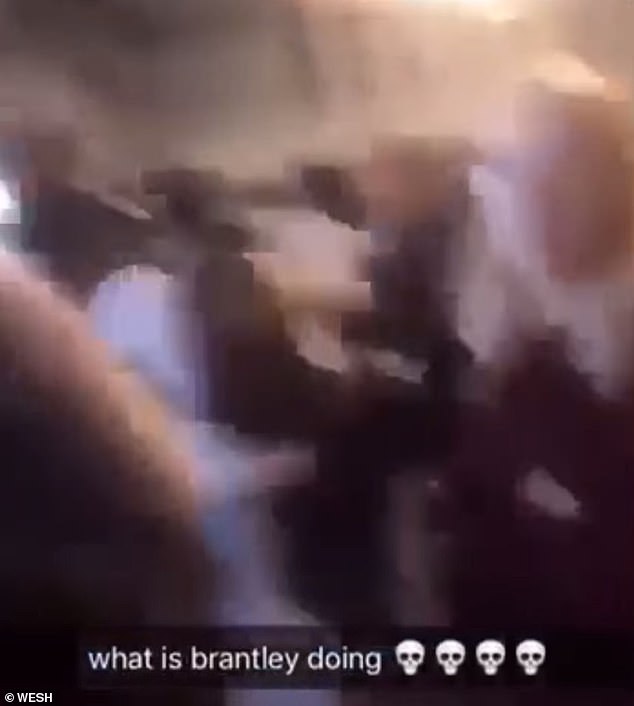 The drill happened at Lake Brantley High School. Students posted about the incident on social media

Principal Trent Daniel sent out an email that said administrators believe a student is responsible for the ‘campus disruption caused by a social media post.’

Daniel said that a second incident ‘started in the cafeteria’ when the post was ‘disseminated to other students and parents.’

Daniel added the incident is being investigated as a ‘disciplinary matter and all responsible parties will be disciplined.’ 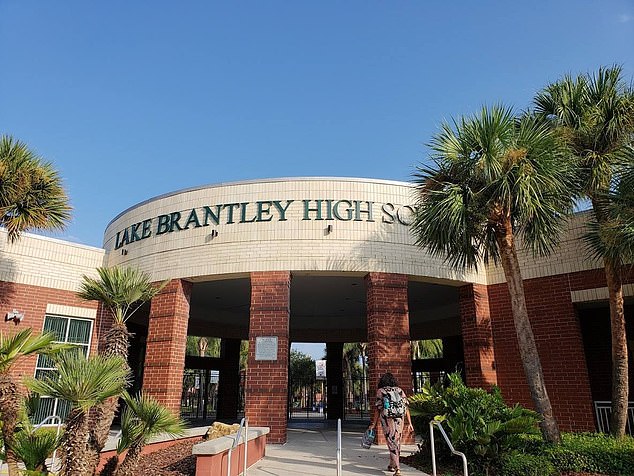 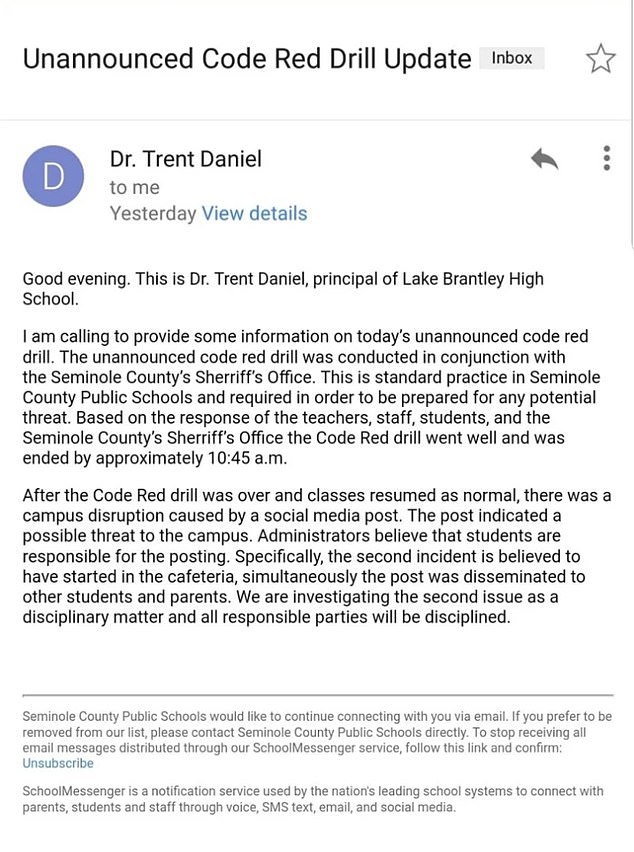