An Australian mother has shocked the internet by revealing her Aladdin’s cave jammed full of Christmas presents she has bought for her three young children.

The gifts were stored across 14 cupboards in the family home – and ranged from  bikes to video games and stuffed toys.

They were bought over five months and when placed together, almost filled an entire room.

Some users of a mother’s  group expressed their shock at the ‘amazing’ Christmas present haul – while others questioned whether she’d gone too far. 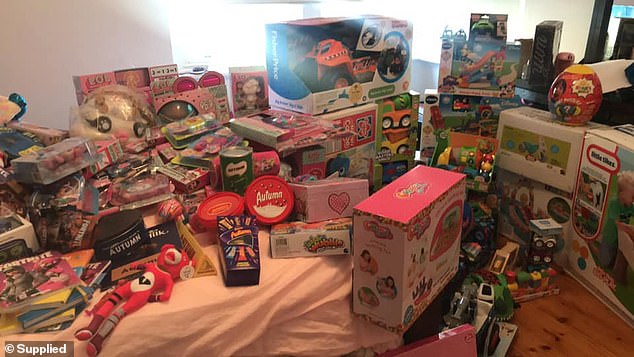 Haul: An Australian mother-of-three has shocked hundreds with her GIANT haul of Christmas presents

The mother shared the video and pictures of the Christmas haul to a mother’s group, saying: ‘Finally emptied my Christmas cupboards to see what I’ve collected over the last few months… did I mention that I LOATHE wrapping presents. 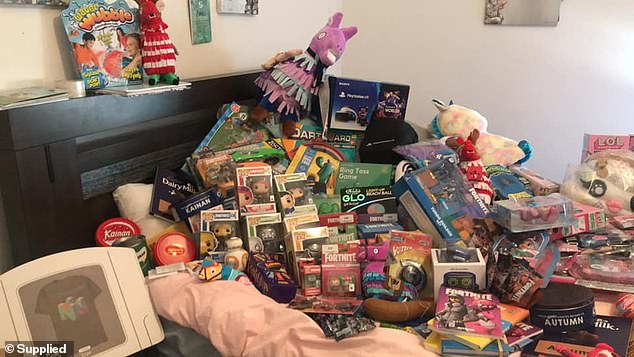 Gradual stash: The mother purchased the gifts over a five month period 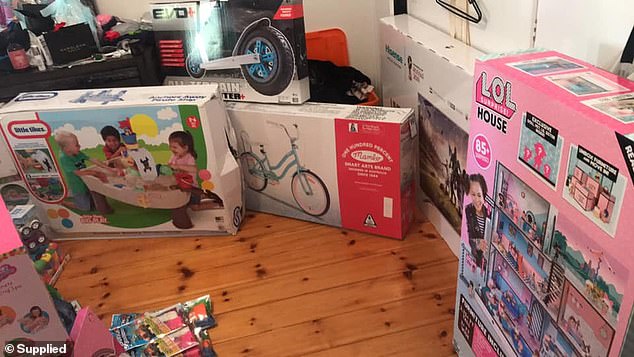 ‘Super grateful to have all this for my three crotch demons but f**k.’

However, some were quick to criticise her for her extreme present haul.

‘Oh dear… a bit much. I’d be saving for some birthdays,’ shared one, while another stated ‘that’s ridiculous’. 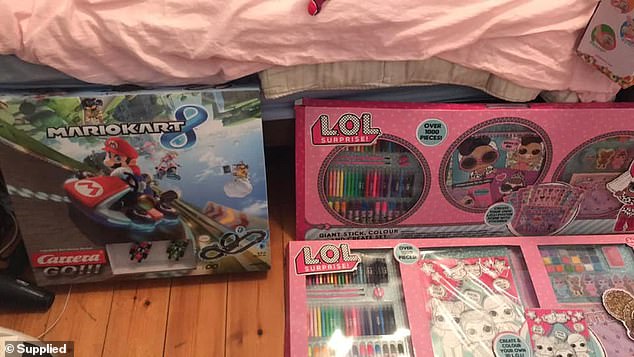 Stance: The mother has stated that she won’t let society ‘guilt trip’ her for spoiling her children

The dangers of spoiling kids at Christmas

* The best-selling author encourages parents to choose select few items on their children’s wish list, and to place the rest under a Kmart wishing well

Others revealed their shock in the time spent wrapping the enormous haul, commenting with the likes of ‘wow, enjoy wrapping all of that up!’

But the mum was quick to silence the haters, stating she wouldn’t let society ‘guilt trip’ her for showering her children in gifts.

‘Society will try let you believe there is [something wrong with spoiling your kids] or try guilt trip you for it [sic],’ she said. 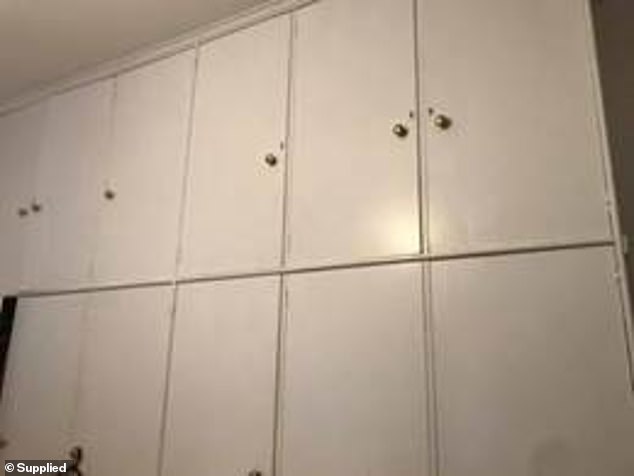 Hidden: The mother revealed on a Facebook group that she stores the gifts in one of 14 cupboards

Nationwide Enquirer's CEO given immunity by Michael Cohen prosecutors
Trump says daughter would be 'dynamite' in UN post
Catherine Zeta-Jones, 49, is an ageless wonder as she flaunts fabulous figure
City banker is guilty of murdering high class prostitute with a pestle
Land Rover driver, 21, is charged with killing deaf Sainsbury’s shopper after row over parking space
Glastonbury attendees can now ask for 'shepees' so they can use female urinals
Woman who spent £93 on Tinder date travelling from Leicester to Peterborough 'told she was fat'
New Zealand is hit by 5.3 magnitude earthquake