Just before the close of the show, Davidson announced the final musical performance of John Lennon’s song ‘Happy Xmas (War is Over)’ by Miley Cyrus, Mark Ronson and Sean Ono Lennon.

It remains unclear whether the show was altered because of Davidson’s mental health or if the frequent Weekend Update contributor wasn’t slated to appear in any other segments in the first place.

He had also briefly been featured in a pre-taped sketch about potential Oscar’s hosts, playing the role of lookalike Rami Malek.

Police performing a wellness check on the comedian and ex-fiance Ariana Grande had confirmed that he was at NBC’s Manhattan studio rehearsing in the afternoon.

Davidson shared a note to Instagram on Saturday that was chilling: ‘I really don’t want to be on this earth anymore. I’m doing my best to stay here for you but I actually don’t know how much longer I can last. All I’ve ever tried to do was help people. Just remember I told you so.’ He ended it with a heart emoji. 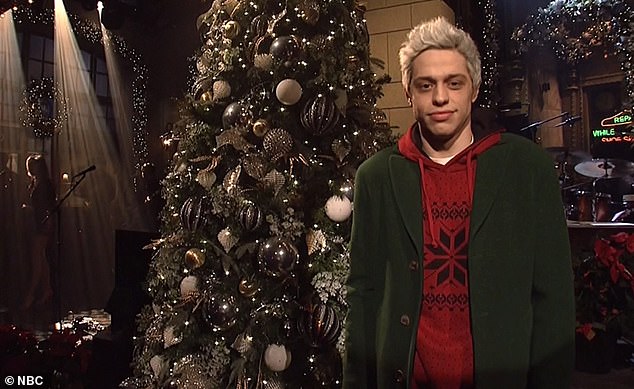 Pete Davidson made a brief appearance on Saturday Night Live hours after he deleted a social media post sharing apparent suicidal thoughts. Just before the close of the show, the comedian announced the final musical performance by Miley Cyrus 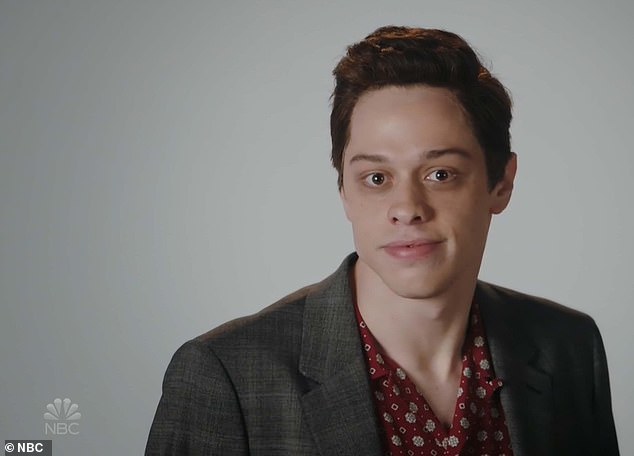 Grande rushed to 30 Rock on Saturday to check on Pete as she tweeted, ‘I’m downstairs and I’m not going anywhere if you need anyone or anything.

‘I know u have everyone u need and that’s not me, but i’m here too. I really didn’t mean any harm. all i want everyone to be healthy and happy. so desperately. please. my god.’

The 25-year-old singer told Davidson that she is here for him, and apologized for a ‘dumb joke.’ 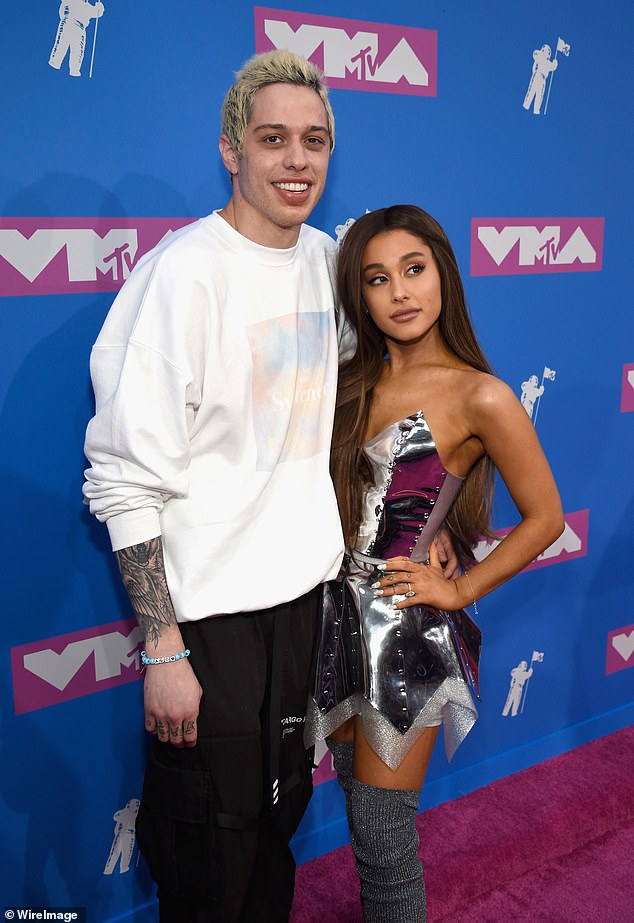 She wrote: ‘man i’m so sorry i told a dumb joke. i really didn’t mean any harm. all i want everyone to be healthy and happy. so desperately. please. my god.’

The ‘dumb joke’ was a reference to a comment that Grande made in an apparent feud between her and rapper Kanye West, another celebrity who has been open about his struggles with mental health issues.

Davidson weighed in on the Grande-West dispute, saying he was ‘disgusted’ by what has been said online.

Davidson said he was proud of Kanye, an apparent sign that he was unhappy with his former fiance.

‘Bravo Kanye West for standing up for yourself and speaking out against mental health. I can’t explain to you enough how difficult and scary it is to be honest about stuff like this. We need people like Kanye. No one should ever point fingers at you for your bravery in speaking about mental health. I’m seriously disgusted,’ he wrote.

Ariana later apologized for joking about the rapper. 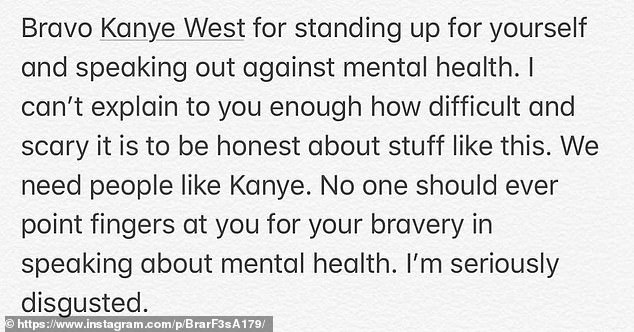 Tough times: Pete’s note was chilling: ‘I really don’t want to be on this earth anymore. I’m doing my best to stay here for you but I actually don’t know how much longer I can last,’ he said

She cares: Ariana Grande, his former fiance, showed up at his SNL office where he was rehearsing to make sure he was fine

She said she regretted her comments, as she also told fans she ‘hated the internet’ and that they should ‘stop weaponizing mental health.’

Davidson has struggled with depression for years.

Now the SNL star seems to be in a very bad place as he commented he no longer wants to be alive.

Social media erupted with words of love for the 25-year-old comedian and native New Yorker. His name is still trending on Twitter.

One admirer tweeted ‘hang in there. There is a lot of help out here. Surrender to some love … I’m praying for you Pete. I’ve been there. It gets better.’

Earlier this month, Davidson wrote on Instagram that he has spoken about borderline personality disorder from which he says he suffers, ‘and being suicidal publicly only in the hopes that it will help bring awareness and help kids like myself who don’t want to be on this earth.

‘No matter how hard the internet or anyone tries to make me kill myself. I won’t. I’m upset I even have to say this.’ 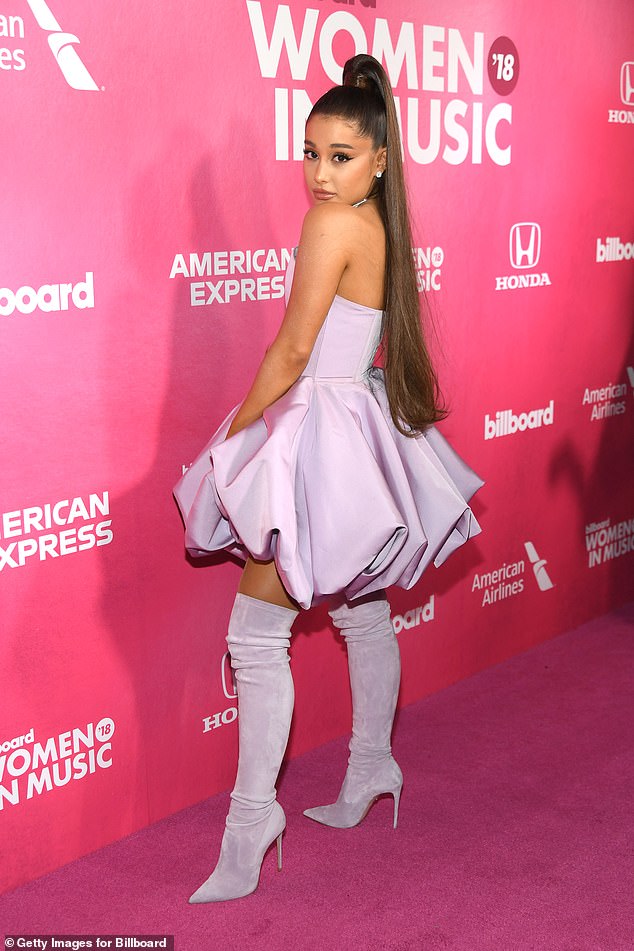 Grande (above on December 6) has apologized to Kanye West for her ‘insensitive’ tweet, after he slammed the singer for making ‘a joke’ out of his mental health