Vegetables sold in British supermarkets are riddled with the deadly norovirus, food safety experts have found.

The UK’s Food Standards Agency (FSA) researchers discovered that one lettuce in every 20 contained the vomiting virus.

The bug – spread by human waste – was also detected in one in every 27 bags of frozen raspberries. 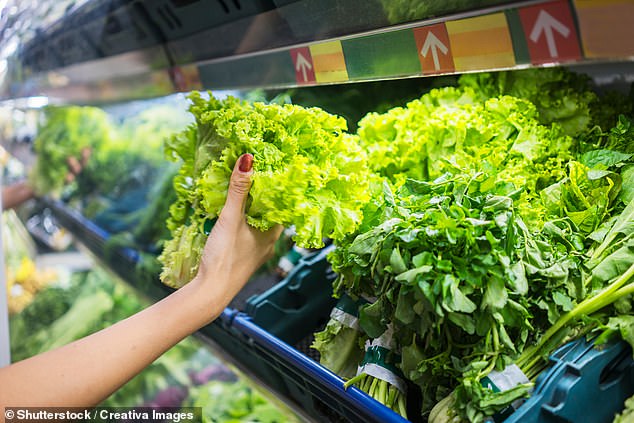 As many as one in every 20 lettuces in British shops could be harbouring the norovirus, researchers from the UK’s Food Standards Agency (file image)

Experts warned that many more fresh foods may be harbouring the norovirus, which has become Britain’s most common food poisoning bug.

About 3million people are infected by the virus every year, many of whom are children.

It can be deadly in very young and elderly people, as well as those with weakened immune systems. Each year it claims up to 300 victims.

‘One should not expect to find a norovirus in one’s lettuce or raspberry,’ scientists told , suggesting serious negligence on behalf of the suppliers. 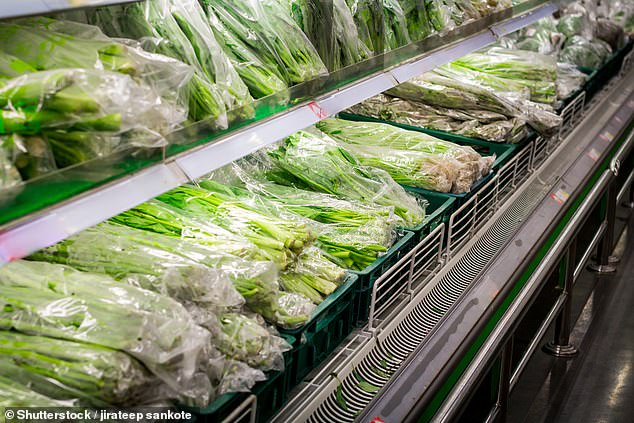 ‘When the virus is detected it is clear that guidance [on food hygiene] is not being adhered to and that in consequence the pathogen is entering the food supply chain.’

The researchers tested 568 lettuces – mostly grown in Britain – and found norovirus in 30 of them.

Seven out of 310 batches of fresh raspberries and 10 out of 274 samples of frozen raspberries also tested positive for the bug.

Charter signs up more internet subscribers than expected
Elle Ferguson praises fiancé Joel Patfull at Grazia and Icon event
Former Mr Universe competitor DITCHES food in favour of drinking his own urine during the week
Christopher Stevens reviews Endeavour and Ice Age: Return of
White House staff 'restricted access to records of Trump's calls with Putin and Saudi Crown Prince'
Question Time member who earns over £80,000 slams Labour's plans to 'supertax' him
Donna Air confirms she has tested positive for COVID-19 after developing 'mild flu-like symptoms'
Hayfever sufferers can have allergic reactions even if there's no pollen around, study finds