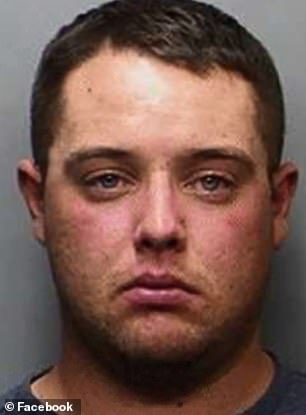 A former Colorado volunteer hockey coach who fled to to avoid prosecution has pleaded guilty to molesting two boys after one of the victim’s mothers hunted him down.

Andrew Vanderwal, 28, entered the guilty plea on Wednesday in Fort Collins during a hearing attended by the boys’ families.

He faces between eight and 24 years in prison when he goes for sentencing in March.

Vanderwal will also have to be on parole for 20 years to life after he is released under a plea deal.

Following his arrest in November 2016, Vanderwal fled to Mexico after posting bail.

The mother of one of the victims, Lydia Lerma, posted an online plea which resulted in a tip – a family in Mexico had spotted the suspect and reached out to help.

She traveled down to Mexico and found him, in a parking lot, with kids in his car.

‘There was part of me that wanted to kill him but all I could do honestly was cry,’ she said.

She never approached him but she reported him to the FBI who arrested him the following month, in February this year.

The FBI has said Vanderwal moved in with families of the children he coached after gaining their trust.

Vanderwal abused Lerma’s son, who was aged six at the time, when he shared a house with her ex-husband. 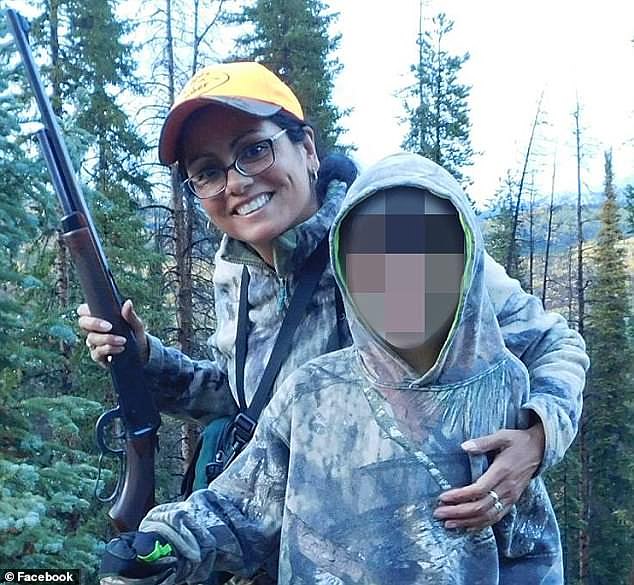 Vanderwal fled to Mexico in 2016 after he posted bail following his arrest for molesting the two boys. The mom of one of the victims, Lydia Lerma, (above with her son) traveled to Mexico in pursuit of him and helped the FBI track him down

When Lerma discovered that Vanderwal had fled, she begged the FBI to do more to catch him once he was on the run.

Not satisfied with the speed of the investigation, Lerma decided to take matters into her own hands and traveled to Mexico to hunt down her son’s attacker.

Lerma posted about the ordeal on Facebook in a campaign to find him before a family in Mexico tipped her off about his whereabouts.

She described the moment she laid eyes on her son’s abuser.

‘All I could do honestly was cry. I sat on the floorboard of a rental car, and I was in the back seat and I just sobbed.’

Julie Chen quits The Talk as she stands by her disgraced hubby
One of the last survivors of the 1921 Tulsa race riot dies age 103
Tesla driver was 'drunk and fell asleep behind the wheel as car was on autopilot mode'
Miley Cyrus and Liam Hemsworth's wedding album mirrors their first meeting filming The Last Song
Sunrise and sunset on MARS captured by NASA's Insight lander
Bill Cosby's wife Camille has NEVER visited him in prison, his only visitor reveals
Kaia Gerber and Pete Davidson go on date in Malibu
Hillary Clinton raises $2 million for Joe Biden in one online fundraising evening