Pope Francis has removed George Pell and another prominent cardinal from his inner circle after they were tainted by scandals ahead of a Church-wide meeting on the ‘protection of minors’ next year.

The Australian cardinal, 77, and Chilean Cardinal Francisco Javier Errazuriz were both removed from the so-called C9 Council of Cardinals, an international advice body set up by Francis himself, the Vatican said on Wednesday.

The last time the C9 met in September, Errazuriz, who is accused of ignoring reports of abuse in Chile, and Pell, who faces charges in Australia related to historical child sexual offences, were both absent. 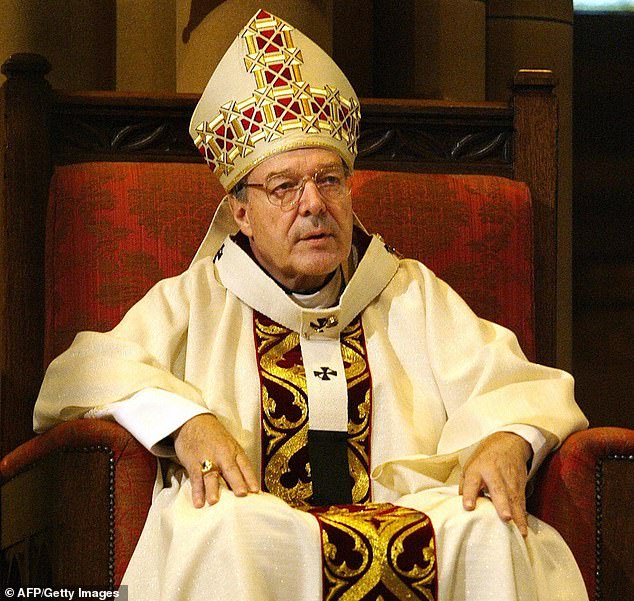 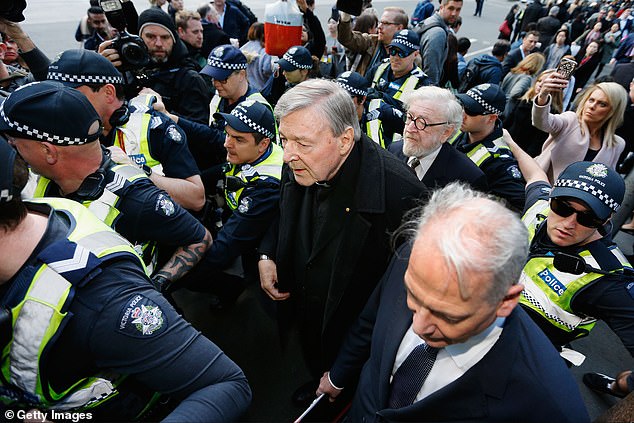 Despite being removed from the C9, Pell remains in charge of Vatican finances, the third most powerful position in the Roman Catholic Church.

The Church has been hit by a series of child abuse scandals in recent years, with widespread allegations of cover-ups, including against the Pope himself.

The Pope clarified the composition of the C9 ahead of a February meeting with leaders of bishops’ conferences from around the world dealing with the ‘protection of minors’, to which victims of priest sex abuse have been invited.

The meeting of bishops from around the world will also have to deal with some Asian and African bishops conferences who say they are not concerned by the ‘Western’ abuse problem. 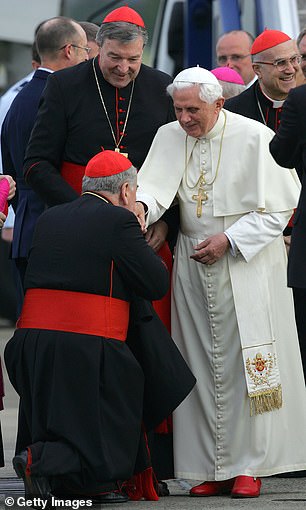 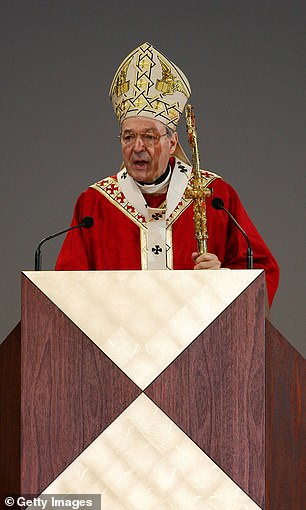 Despite being removed from the C9, Pell (far left and right) remains in charge of Vatican finances, the third most powerful position in the Roman Catholic Church

Pell holds a document to the response of the archidiocese to sexual abuse during a press conference in Sydney on November 13, 2012

‘February’s meeting can’t resolve all the problems, because there’s too much world diversity in the Church. The American (US) episcopacy is panicking, they want to be as radical (against sexual abuse) as possible, while Africans don’t want any measures taken,’ said a source close to the pope.

‘A code of silence has been our culture for too long, February’s meeting should mark a new beginning for bishops’ responsibility, or even for a new control system,’ the source said.

Allegations in August from a conservative archbishop that the Pope had ignored abuse suspicions concerning a prominent US cardinal have triggered an internal investigation into Vatican archives ordered by Pope Francis.

They also confirmed a rift in the Church between some ultra-conservative Catholics and a pope they see as a dangerous progressive interested in social issues to the detriment of Church doctrine. 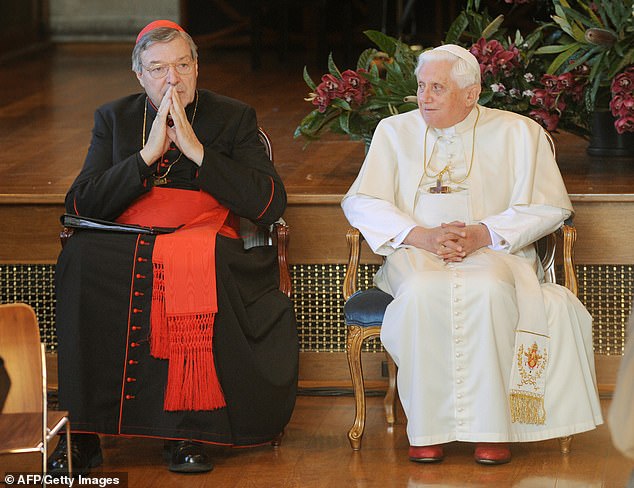 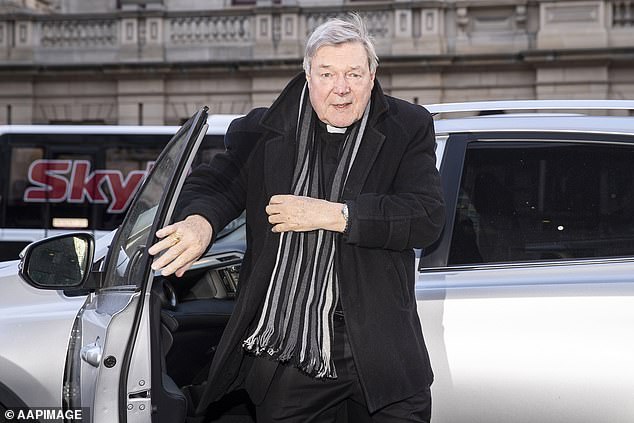 The Church was also rocked in August by a devastating US report on child sex abuse which accused more than 300 ‘predator’ priests of abusing more than 1,000 minors over seven decades in the state of Pennsylvania.

The commission set up by Francis has said that the fight against abuse must be a Church priority and emphasised the importance of listening to victims.

While Pell faces prosecution in Australia, he is also up for renewal in February as the Vatican’s finance chief.

Francis has in the past preferred to give the accused the presumption of innocence and has therefore not named anyone to replace Pell, despite a senior Vatican official saying this week that Church expenses were growing ‘unacceptably’. 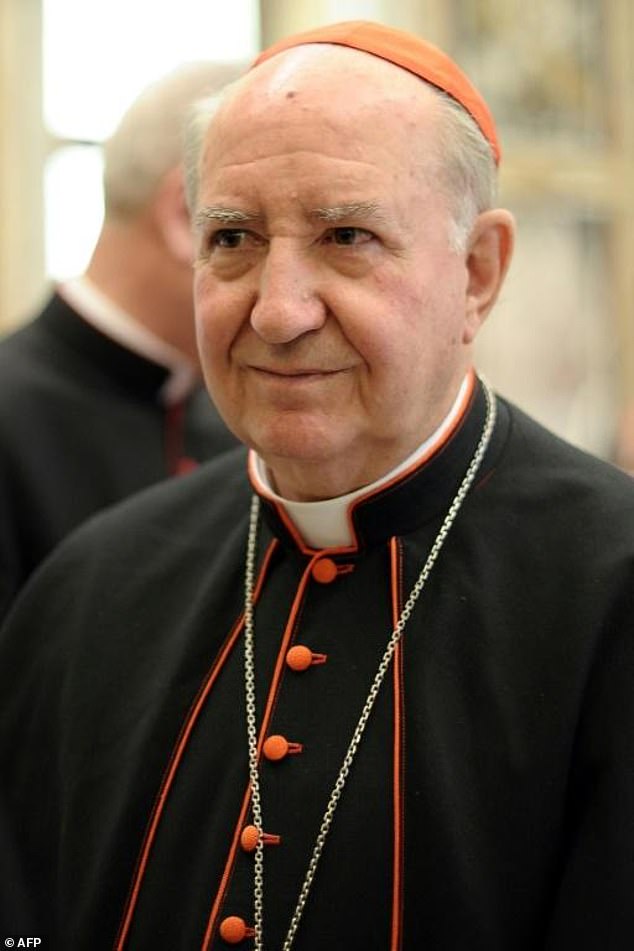 Chilean Cardinal Errazuriz appears at the very least to have given Francis bad advice. The pope’s mistaken defence of a Chilean bishop accused of covering up for an old paedophile priest overshadowed his trip to the South American country in January and heaped embarrassment on the Church.

Errazuriz, 85, met Francis last month and subsequently announced his ”withdrawal’ from the C9.

A third cardinal, Democratic Republic of Congo’s Laurent Monsengwo, will also no longer attend C9 meetings, effectively reducing the body to a ‘C6’.

Monsengwo, 79, has for years played an important political as well as spiritual role in the war-torn African nation, but recently gave up his position as archbishop of Kinshasa.