When Alexander Jones was born at 27 weeks, he was given only a 50 per cent chance of survival.

Now, after a long fight, he’s obviously in perfect elf as he dresses as Santa’s little helper in preparation for his first at home.

Parents Daniel and Vicky Jones were warned there was a high chance of something going wrong if their son even managed to survive his traumatic birth.

Alexander, who has just turned one, weighed only 2lb 6oz when he was born 27 weeks’ premature and spent the first few weeks of his life battling for survival. The cut-off date for abortion is 24 weeks. 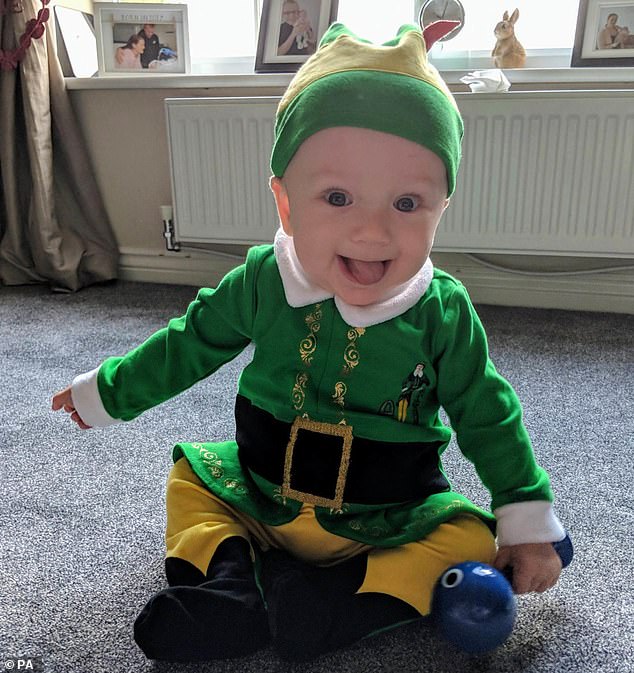 Alexander Jones dressed as an elf, he weighed just 2lb 6oz when he was born at just 27 weeks and was only a 50 per cent chance of survival

He spent last Christmas seriously ill in hospital with his parents, from Dewsbury, West Yorkshire, at Leeds General Infirmary.

‘Having your child in hospital really takes its toll. When you’re not worried about whether your child will survive, you become worried about everything else that’s making them poorly,’ Mr Jones, 34, said.

‘We were able to be by Alexander’s side as much as possible, holding his hand through the incubator, touching his head and feet, talking to him and giving him cuddles – cuddles which helped his tiny body grow stronger.’

He and his wife, 32, are now backing a charity that provides free housing for families of sick children while visiting them in hospital.

Mr Jones, a Lloyds Bank worker, had to leave his son and wife in the hospital every night as there was nowhere for him to stay.

He said: ‘It added so much stress to the situation, especially when Vicky would call to tell me Alexander really wasn’t doing well.’

But the couple’s trauma of Alexander’s first few weeks was eased by The Sick Children’s Trust, which provided accommodation before he was moved to another hospital.

Mr Jones said: ‘Alexander has just celebrated his first birthday and you’d never know how poorly he was. We’re beginning to look forward to this Christmas.’ 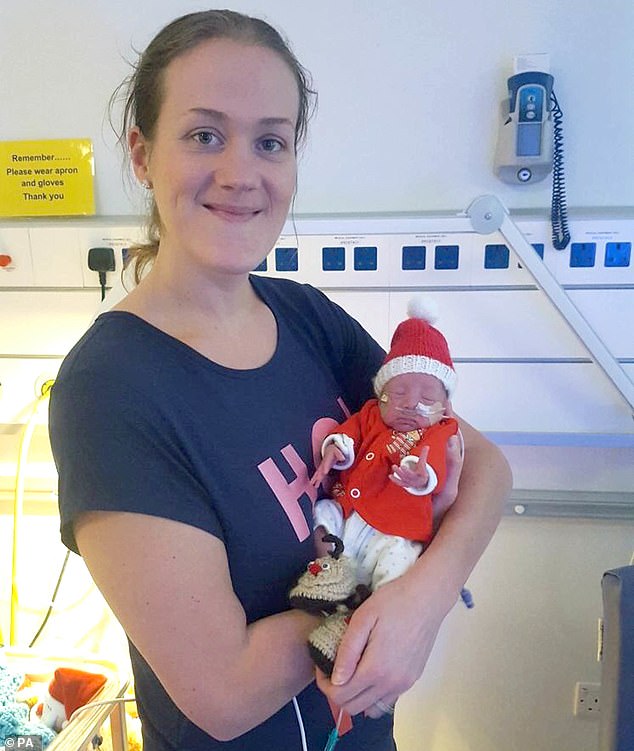