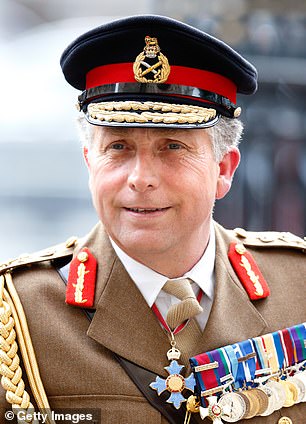 The General, who served as Commander of Land Forces during the conclusion of Britain’s deadliest military involvement since the end of World War Two, said shows like ‘the Bodyguard’ were harmful to the public’s attitude towards former soldiers.

In particular Carter said the show made it look like veterans were ‘scarred for life’ and argued there should be greater emphasis on ’empathy, not sympathy’.

‘While our servicemen and women appreciate public support, they want to be valued and respected – not pitied,’ Sir Nick said, according to the Telegraph.

‘In other words, it’s about empathy, not sympathy.’

Sir Nick said in particular the younger generation of veterans are misunderstood because of dramas, documentaries, films and even charity campaigns. 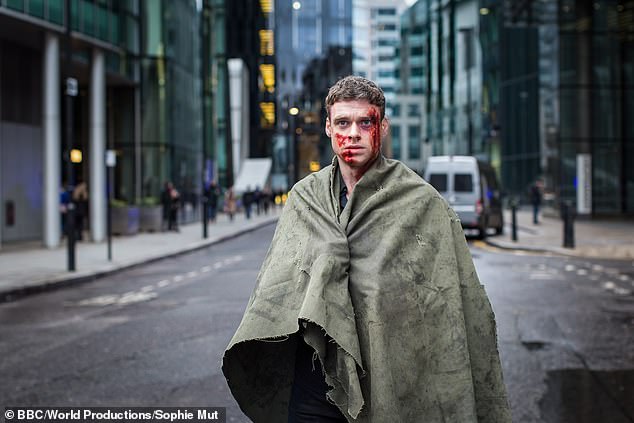 He blamed the perceived misrepresentation as partly responsible for the Army’s current recruiting crisis.

Sir Nick contrasted the public ‘misconception’ of Iraq and Afghan service personnel with the ‘respect and honour’ shown to Second World War veterans – in his first keynote speech since taking up the post of Chief of the Defence Staff.

‘The respect and honour shown to our Chelsea Pensioners proves that, as a nation, we value our older veterans,’ Sir Nick added, ‘But we also have a generation of younger veterans from more recent campaigns subject to misconceptions.’

While he declined to name specific programmes, Bodyguard, the BBC One’s hit series watched by 10.4 million viewers for its finale, had at its centre a ‘troubled war veteran’ tasked with protecting the home secretary. 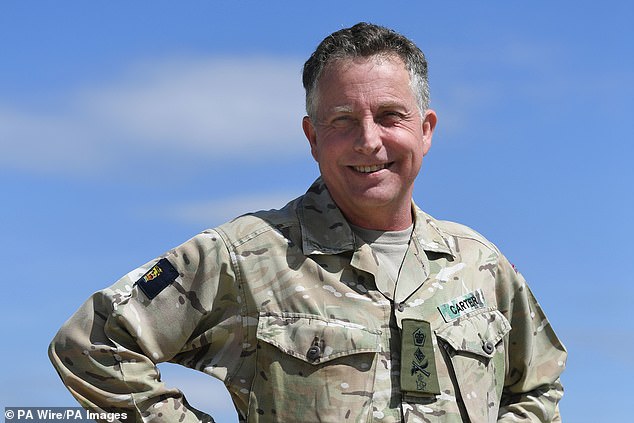 Carter, 59, has previously questioned whether young people in Britain appreciate the importance of the military and understand ‘the notion of service’.

Speaking at an annual defence industry dinner in support of Ssafa, Britain’s oldest armed forces charity, he suggested that a generational divide meant that young people take the principle of service for granted.

According to the Times, he said: ‘I think my generation understand the notion of service all too well, naturally recognising that freedom, without the commitment to service, without charity, duty, or pride in one’s country, is unworthy of our British values and unworthy of those who have died in their defence.’

He compared his generation to the younger one and admitted that he wonders whether they will still offer the same level of support to the army as they are ‘less likely to have been exposed to military service.’

He added that young people have grown up in an ‘increasingly complex world’ and face many distractions, meaning that their attention spans are fleeting and they may be less open to the military.

American Music Awards 2018: Best dressed stars hit the red carpet
Couple's delight at birth of identical twins turns to horror when they are diagnosed with cancer
Parents MUST NOT let their babies sleep in car seats as they're at risk of suffocating
Sheffield brothers 'murdered by their mother and uncle' died within 12 minutes of each other
Angela Merkel praises Boris Johnson's 'professionalism' but gives him 30 days for Brexit deal
How Gary Rhodes was original member of celebrity chef set
The 53 best and worst travel firms for coronavirus cancellation refunds revealed
Leicester could become first city to suffer second lockdown