Nashville’s busy airport came to a standstill when travelers stopped to sing the national anthem for the children of fallen service members.

The children were being flown to Disneyworld on an all-expenses trip from National International Airport on Saturday.

When an airline attendance announced their presence over a loudspeaker the kids lined up to board their flight.

But then, the whole airport stopped to sing The Star Spangled Banner while soldiers stood giving the children a salute. 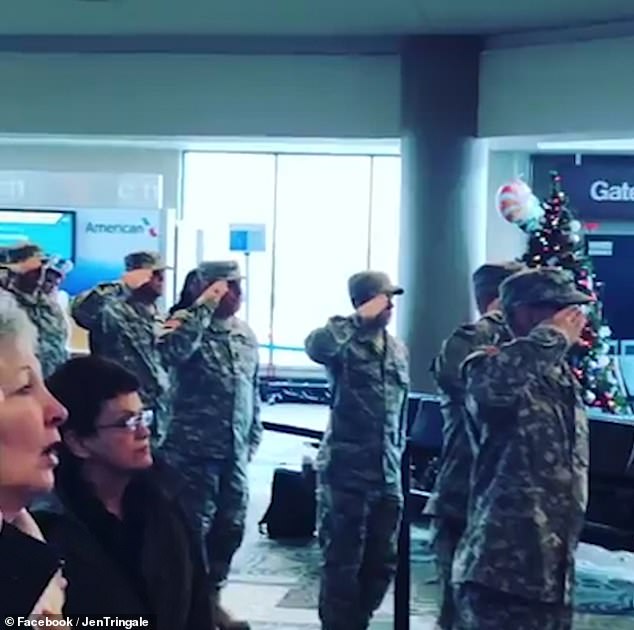 Jen Tringale shared a video of the touching moment on her

The clip quickly went viral and has amassed more than 400,000 views since.

‘I witnessed an international airport come to a complete stop today,’ she wrote alongside the video.

‘At the Nashville airport I walked out into the concourse to this scene.’

She said American Airlines ‘was flying a plane full of children who had lost a parent in combat to Disneyworld on an all expenses paid trip and they threw a party for them at the gate. 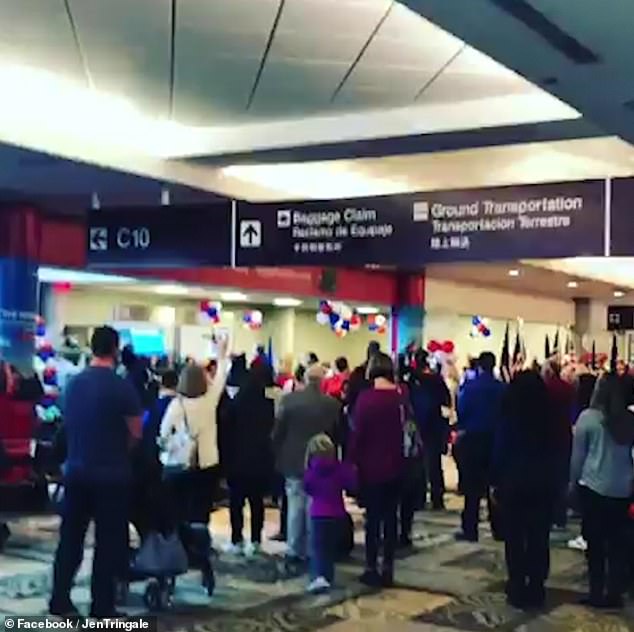 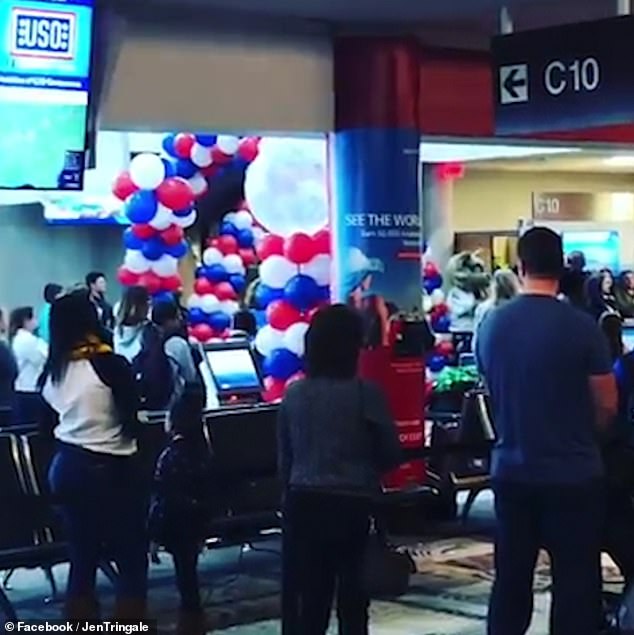 A video of the moment, posted on Facebook, has gone viral amassing more than 400,000 views since it was posted on Saturday

‘But when they announced them over the loud speaker and they lined up to board the plane the whole airport literally stopped and sang the national anthem with military present in salute.’

Tringale added: ‘Most every person standing around, myself included was bawling at the sight of these kids and spouses who have paid so great a price for our country.

‘To see all of this at Christmas time was so humbling. Seeing the general public in an airport stand still to honor these kids was simply beautiful.’ 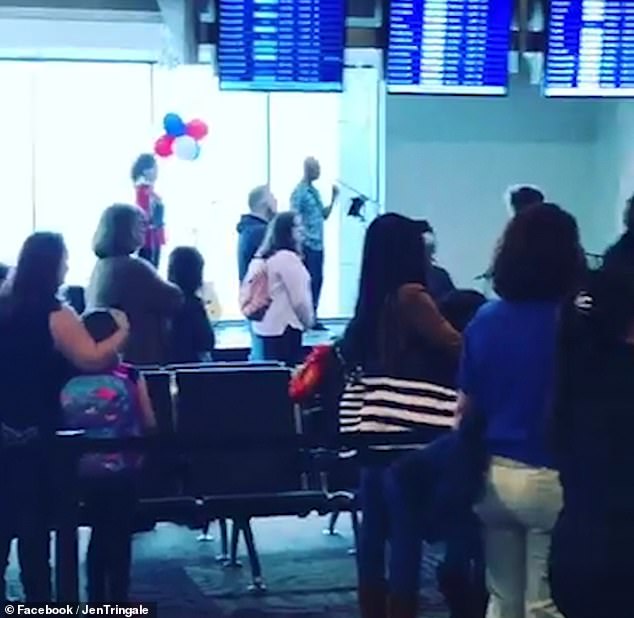