Alex Jones has revealed she is pregnant with her second child after previously revealing she had struggled to conceive.

The Welsh star, 41, already a parent to 21-month old son Teddy with husband Charlie Thomson, broke the news while presenting Monday evening’s edition of The One Show with co-host Matt Baker.

‘Now I have some news!’ she announced. ‘No I haven’t been eating all the mince pies! I am expecting another baby.’ 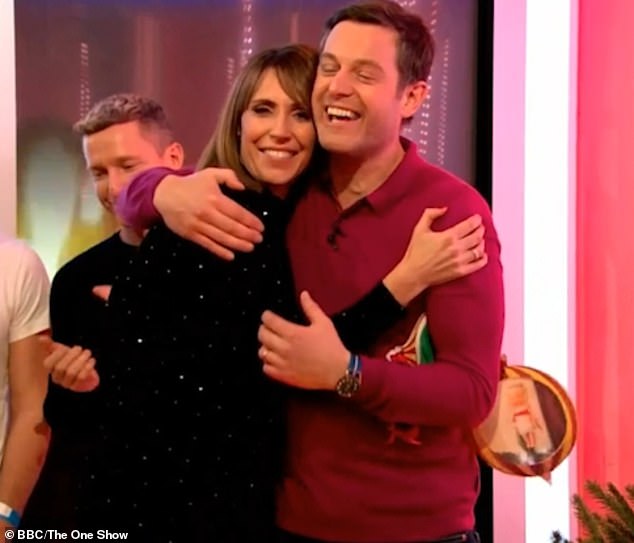 Happy news: Alex Jones has revealed she is pregnant with her second child after previously revealing she had struggled to conceive

The news prompted congratulations from Matt, who looked delighted following her surprise announcement.

Alex had previously admitted she was planning to try for another baby with husband Charlie earlier this year, but was struggling to conceive after falling pregnant easily with her first child.

‘I have to say, the first time – absolutely fine. Luckily, God, it happened,’ she said. But second time, not as easy. 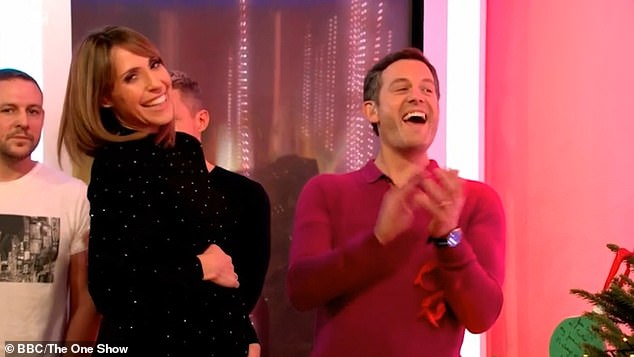 Revelation: The Welsh star broke the news while presenting Monday evening’s edition of The One Show with co-host Matt Baker

I suppose I’m older now, but we took it for granted that it would be OK. But you don’t really know until you start trying how it’s going to go, do you?’

She added: ‘The majority of couples I know have had something, not always IVF, but some problem that needs to be sorted out. Hardly anyone’s story is straightforward, and it’s not really talked about that much.

‘Suddenly you see someone pregnant or with a newborn and you don’t really hark back to what happened before because everyone’s just delighted there’s a baby.’ 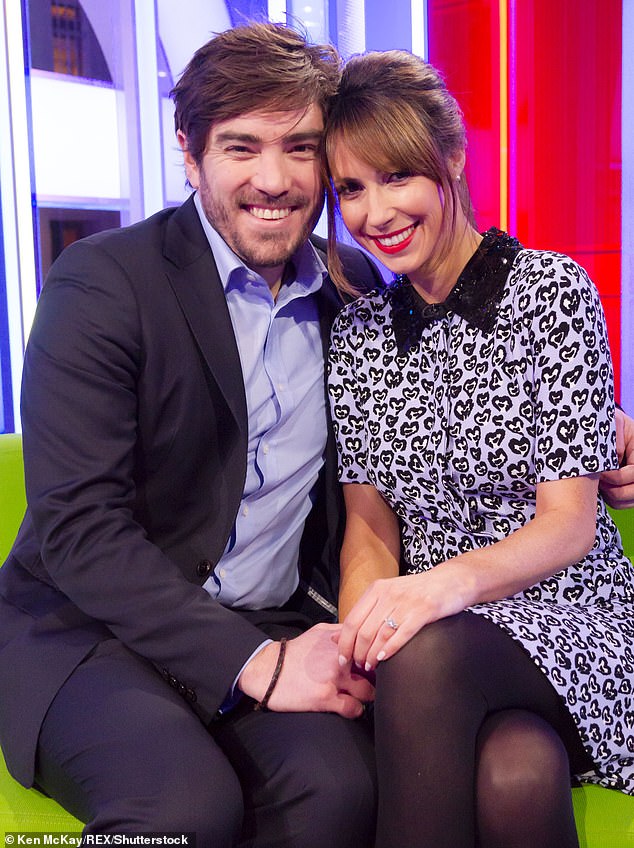 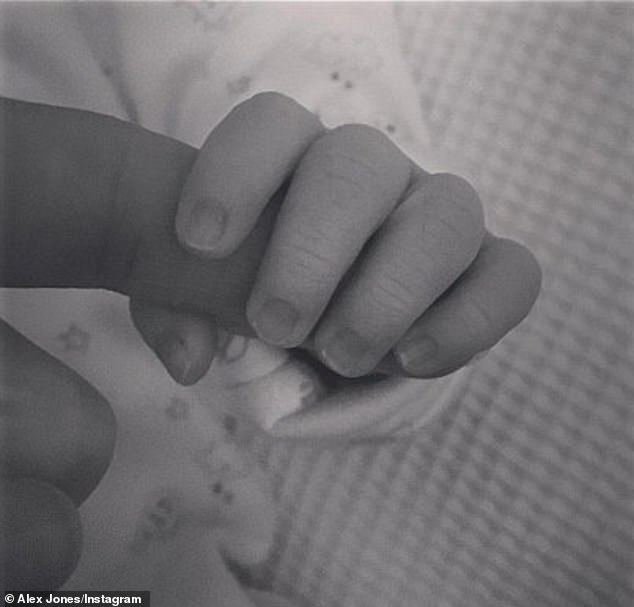 Precious: The couple welcomed their first child in January 2017

Speaking via a phone call on The One Show in January 2017, the presenter revealed to her co-host Matt and stand in Angela Scanlon that she has given birth to a baby boy.

She said: ‘Well I do have news! Our beautiful baby boy was born. We are absolutely delighted and completely in love… It’s the most wonderful feeling. He was 7lb 11… A lovely weight. Very straight forward.

‘It was lovely. Charlie was with me and my mum and dad were in the waiting room. The past four days we has been in heaven. We’re in a bubble.

‘We’re behind on the name thing but because we didn’ know the sex we thought when we see him we’ll know what he is. Maybe I can have some help?

‘Everytime we ask people they have suggestions. We can ask viewers. I want to say thank you to the viewers who sent gifts. He has the biggest collection of cardigans EVER.’