Singer Jacquees made his mother’s special day just a bit more filthy rich with a gift of $100,000 in bundled bills carpeting the dance floor of her wedding.

In video posted to by Miss Rici, the 24-year-old singer-songwriter, full-name Rodriquez Jacquees Broadnax, begins with a preamble at mic about his love for his mother, Rosie Broadnax, standing on the dance floor in her wedding dress along with the groom. 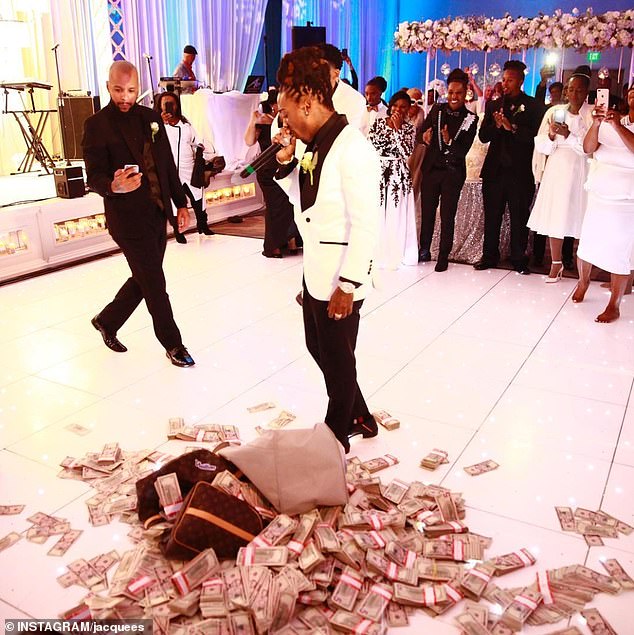 As he mentions that he wants to make sure that the couple will be ‘set’ up, the video cuts to him on the dance floor with a large cloth bag and a Louis Vuitton duffel which he first dumps hard to the ground.  Then, Jacquees unzips the duffel bag, picks it up, and rains bundles of cash onto the ground to the sound of cheers and applause.

In an earlier video Jacquees posted of the bride and groom dancing, he captioned it, ‘This that love that you can’t put a price on!’

Though he can apparently try. 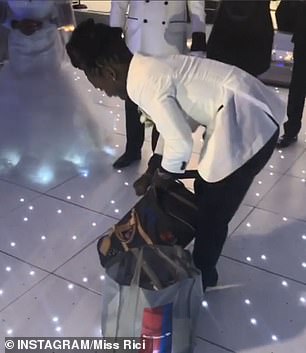 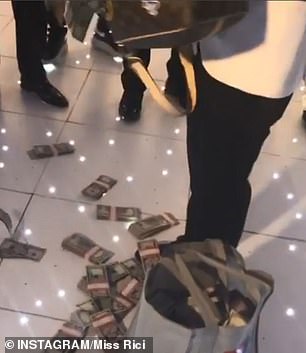 The singer thumped, then dumped the bags of cash making a show of the unorthodox gift for his mother 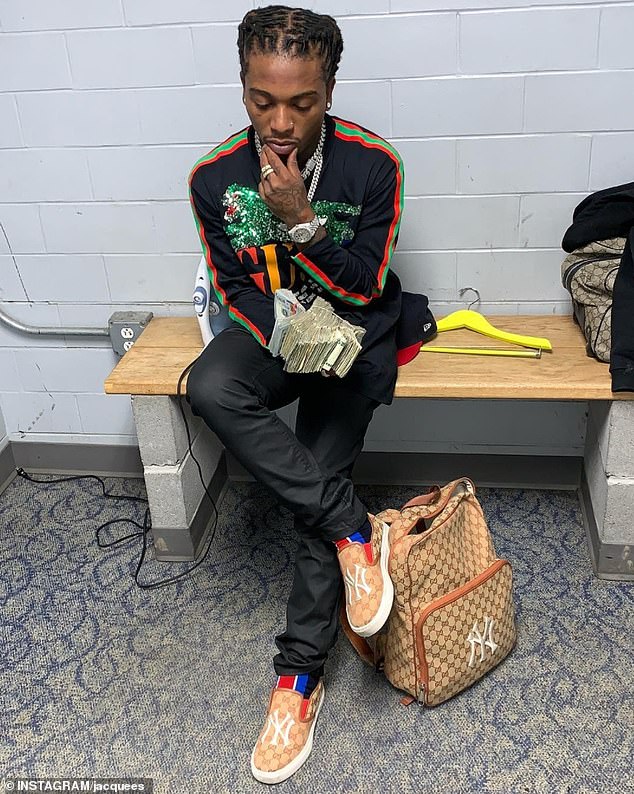 Jacqueez the day before the wedding, contemplating giving his mom away while staring at a large wad of cash in his hand

Just gave my mama 100k for he wedding gift,’ he flatly states on his own Instagram before getting a bit more assertive. ‘Ion give a f–k what a n—a got to say bout me in da streets !!! LOVE YOU MAMA !!!’

After dropping the river of cash, the singer then wraps his arms around his mother and tells his mother to ‘do something for yourself,’ before then turning to the groom, Bobby Thompson, slapping hands with him and hugging him in turn.

The Cash Money Records star had already made quite the splash this year with a studio album ‘4275’ that dropped this summer, a collaboration with Birdman last month and a fight over a remixed song from another creator, Ella Mai, that he ultimately had to scrub from the Internet, according to . 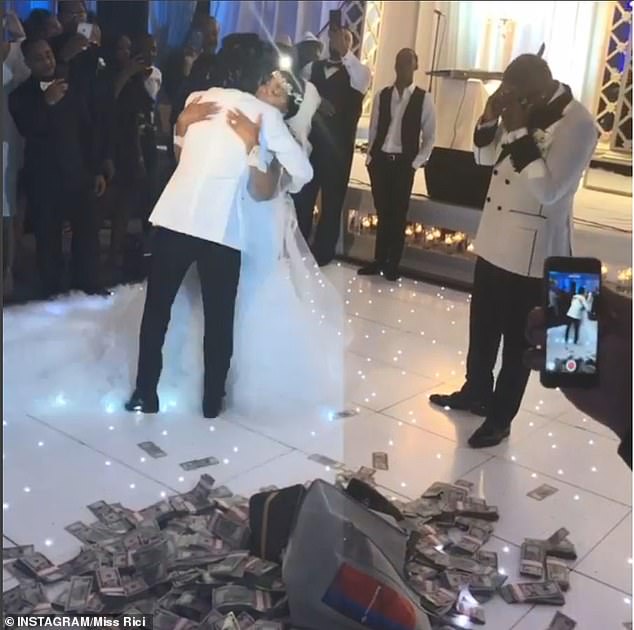 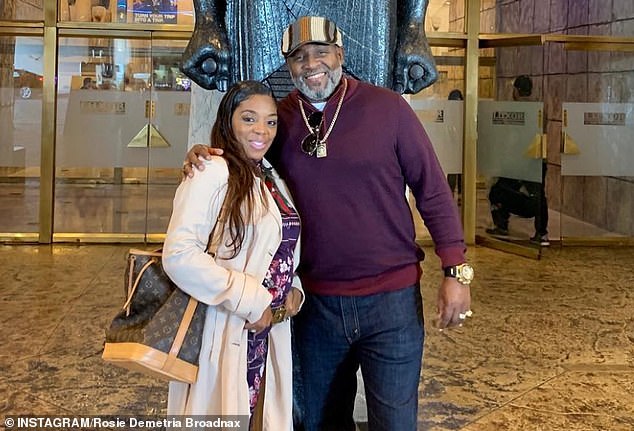 Rosie Broadnax, with her fiancee at the time, Bobby Thompson, would receive a hefty gift of $100,000 from her singer-songwriter son

Betty White, 96, charms the crowd and gets standing ovation while being honored at Emmy Awards
Get fit in 15 minutes: The best exercise for trimming your waist and smoothing 'love handles'
French yellow vest protesters run out of speed cameras to destroy
100 vehicles line one mile of Texas border to deter a caravan of 1,800 migrants on other side
Florida sheriff's deputy seen on bodycam getting hat shot off while confronting a carjacking gunman
Obama White House tennis pro begs the feds for financial help after they seized his assets
Halving chemotherapy cycle could cut side effects for testicular cancer patients
100 models sign Victoria's Secret letter decrying 'culture of misogyny, bullying, and harassment'