A new green wine with an content of 9.5 per cent has gone on sale… in the hope of attracting festive drinkers partial to a particularly mellow tipple.

The lurid-looking wine, known as Winabis, is a Sauvignon Blanc infused with cannabis-derived oils.

Sold by online retailer Firebox for £19.99 a bottle, the legal drink comes with a disclaimer: it might get you merry, but it won’t leave those who imbibe it stoned. 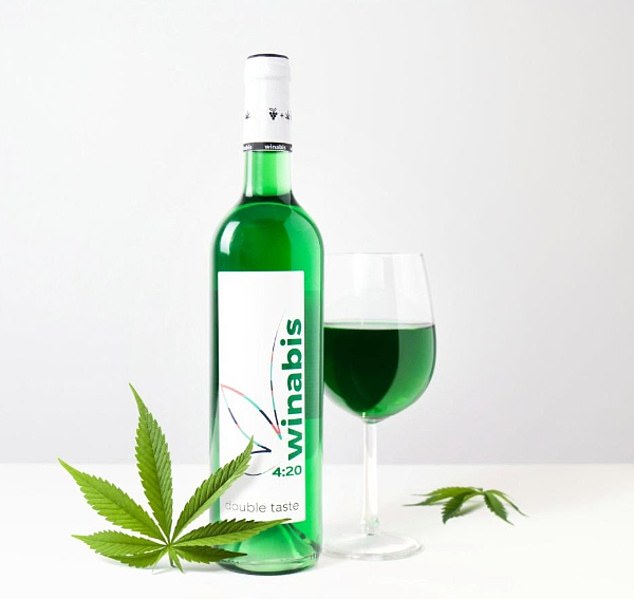 The £19,99 bottle of Winabis has gone on sale at online retailer Firebox, the Sauvingon Blanc, which is coloured a bright green, doesn’t contain psychoactive compound, THC, which is found in cannabis and makes you feel stoned

On the company’s website, the drink is promoted as ‘medium sweet grapes, juicy peach, and a sophisticated note of cannabis.’

It continues: ‘It’s completely legal and won’t get you high thanks to the lack of THC – the naturally occurring chemical in weed that make you feel stoned.’

More and more products containing cannabis-oil derivatives are expected to hit the market, although there’s still much confusion over the product.

Doctors say it is important not to confuse legal CBD oil with forms of cannabis oil, which contains the psychoactive compound THC and is illegal.

CBD, or cannabidiol, is a natural extract from the hemp plant. 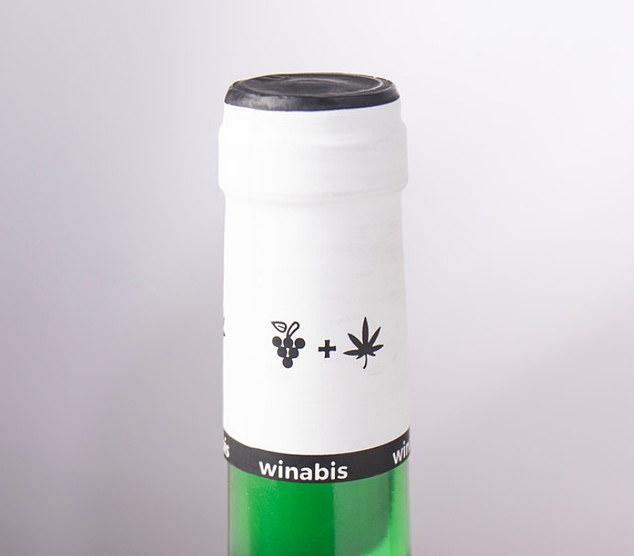 Firebox describes the tipple as ‘medium sweet grapes, juicy peach, and a sophisticated note of cannabis’ 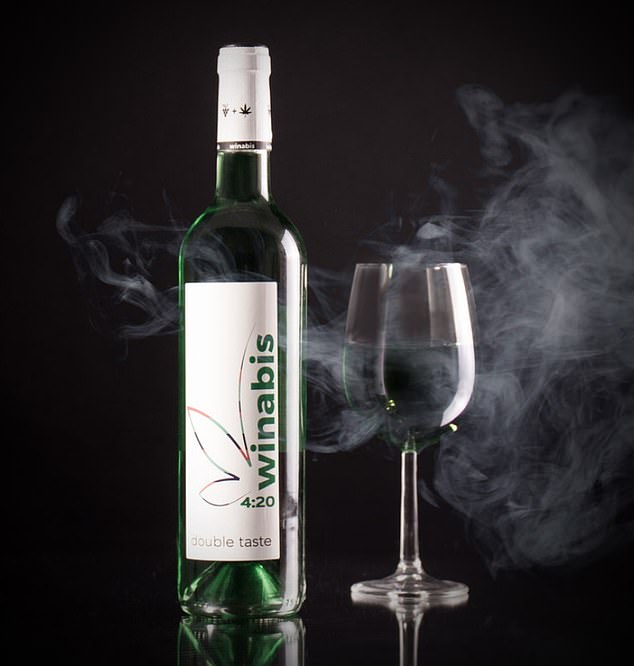 WHAT IS CBD OIL AND IS IT LEGAL IN THE UK?

Government advisers made it legal to buy CBD supplements in 2016

Government advisers at the MHRA made it legal to buy cannabidiol (CBD) oil in 2016 after they admitted that it has a ‘restoring, correcting or modifying’ effect on humans.

Suppliers in England and Wales have to obtain a licence to sell it as a medicine, following the decision in October two years ago.

Manufacturers are able to avoid the strict regulation by selling it as a food supplement – ignoring the lengthy process of gaining a medicinal licence.

CBD products comes in many forms, the most popular being an oil – which users spray under their tongue – or gel tablets which melt slowly in the mouth.

Cannabis oil, which is different to CBD oil because it contains THC – the compound that gives users a ‘high’ – is illegal under UK laws.

Billy Caldwell, from Castlederg, Northern Ireland, made headlines last April when he became the first Briton to be prescribed it on the NHS.

Cannabis oil, which reportedly has no side effects, influences the release and uptake of ‘feel good’ chemicals such as dopamine and serotonin.

Because it’s oil soluble, it’s often mixed with hemp, coconut or olive oil to enhance its absorption. This CBD plus oil mixture is known as CBD oil.

As CBD comes from cannabis there is a common assumption that CBD oil makes you ‘high’ but this is not the case.

That’s because it’s extracted from non-marijuana strains of the cannabis plant known as hemp.