McDonald’s may be a US-based company, but the burger chain isn’t above giving other countries a taste of sought-after dishes before Americans get to try them.

While the fast food giant has been selling bacon cheese fries in , , and Australia — among other places — for some time, they are now finally adding the side to US menus.

According to leaked photos obtained by , McDonald’s will roll out the cheesy, bacon-topped French fries nationwide early next year. 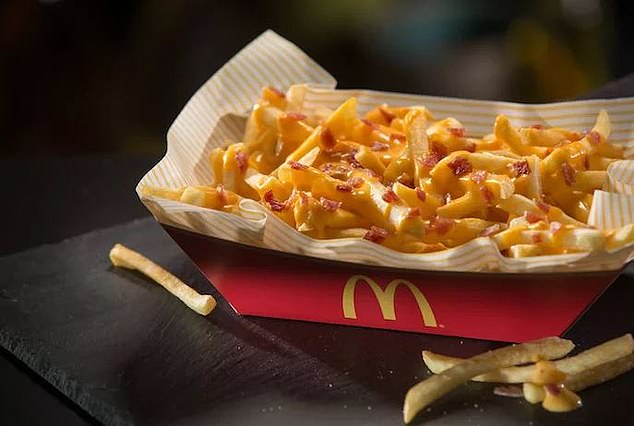 Yummy news! McDonald’s is reportedly rolling out bacon cheese fries across the US next year 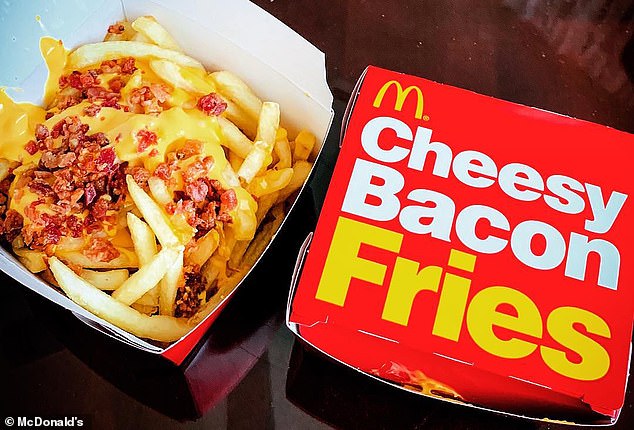 Long wait! It’s already being tested in some stores in Hawaii and California, and versions of it have been tested for years

Business Insider reported photos that show the new item, and spoke to an employee who confirmed the roll-out.

Some stores in both Hawaii and Northern California are already selling them as part of a test, but performance indicates they’ll be coming to all stores in the country soon.

Unfortunately, a McDonald’s spokesperson wouldn’t explicitly confirm the news — but certainly hinted at it.

‘I’m afraid I’ll have to provide a cheesy no comment,’ the representative said. ‘At this moment, our kitchens are bacon-ing something together. But we’re not yet ready to share the gouda news.’ 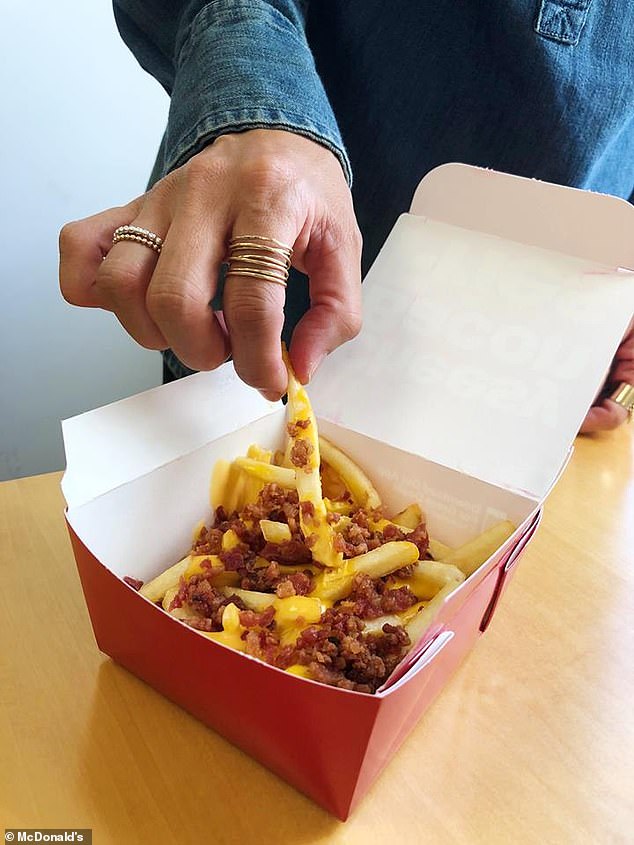 An unidentified McDonald’s employee also said the fries would use a new type of bacon not already found in the kitchens.

The chain has tested different versions of cheese fries in the US for years, including a limited-time offer of a loaded bacon and cheese basket of fries across four states in 2017.

There may be some pressure to add the side to the menu, as a similar French fry dish has been popular at Wendy’s.

While this is the first time that the bacon cheese fries will be available across the US, the side has already been on menus in select places.

More! McDonald’s may have been feeling the heat from Wendy’s, which also sells popular bacon cheese fries 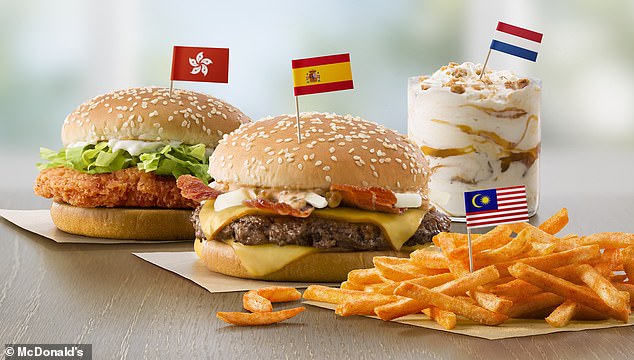 Chain restaurants will often test new items in select locations, and if they perform well, they may be rolled out across the rest of the country.

There are still quite a few menu items that McDonald’s sells internationally that aren’t available in every country. But in September, the chain started testing some of those dishes at 50 South Florida locations.

Those included the Grand McExtreme Bacon Burger from Spain, which is topped with Gouda cheese, applewood smoked bacon, onions, and ‘McBacon sauce,’ which says is ‘a sort of mix of bacon jam and mayo’.

There are also BBQ McShaker Fries from Malaysia, which come with a packet of BBQ seasoning, the McSpicy Chicken sandwich from Hong Kong, and the Stroopwafel McFlurry from the Netherlands.

Sears files for Chapter 11 bankruptcy amid plunging...
Together again! Heartwarming moment a dog is reunited with his military owner
American Airlines crew scramble to stamp out a fire after an e-cigarette overheats and EXPLODES
Baby says 'mama' at 23 days old
Tiffany Trump's billionaire beau buys her FIVE designer fur coats
Groups willing to pay '$350' for children to cross the U.S. border as a family
Duchess of Sussex's letter to Vogue readers says she has 'no fear of depths'
Amazing coincidence as baby girl is born 19ins long at 9.19pm on 9/19/19 in Georgia