A former substitute teacher from Michigan has been sentenced to two to 15 years in prison after pleading guilty to sexually assaulting a 15-year-old male student.

Prosecutors argued that 27-year-old Allyson Moran used her position of authority at Stockbridge High School to prey upon the victim and lure him to her home while her husband was away on two separate occasions in April 2017 to have sex with him.

Moran’s defense attorney, Sean Carroll, told the court during her sentencing Wednesday that at the time of the teacher’s sexual encounters with the teen, she had just experienced a miscarriage, had gotten a new job and was having problems in her marriage. 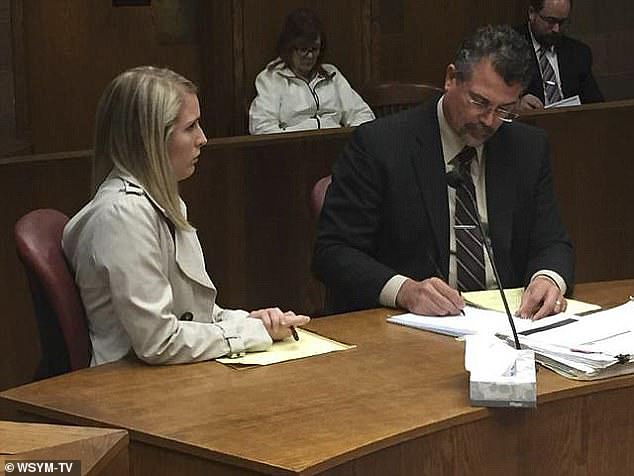 Off to prison: Former Michigan substitute teacher Allyson Moran (pictured in court last year) was sentenced Wednesday to 25 months to 15 years in prison for sex with a student 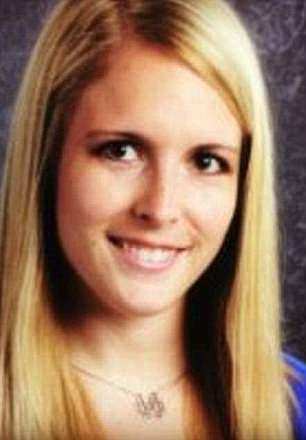 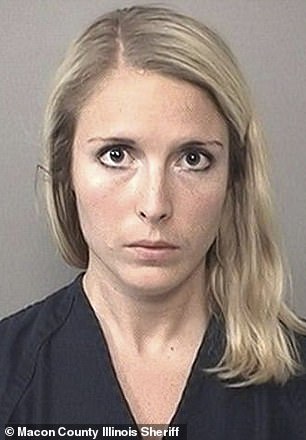 Moran was arrested in September 2017 in Illinois. She pleaded guilty to a single count of third-degree sexual conduct with a student in October 2018

‘She’s faced alienation, stigma and shame,’ Carroll said, according to reporting by . ‘She’s grown from the situation.’

When given a chance to speak, Morgan apologized to the victim’s parents for the pain she has caused and blamed her miscarriage for the mistakes she has made.

‘I tried to find comfort wherever I could,’ Moran said. ‘At 27, I will have a lifetime of consequences that will surpass any prison time.’

During a preliminary hearing in October 2017, the victim testified how Moran, who was a long-time substitute teacher and girls’ soccer coach at Stockbridge, gained his trust beginning in the fall of 2016.

He often spent lunch and after school hours with Moran in her classroom, sometimes alone and sometimes with other students.

The relationship grew sexual when they started to contact each other on Snapchat in March 2017.

‘At first it was just normal… asking how I was doing,’ he said, but later they ‘started talking more in a sexual manner,’ and eventually they started sending each other nude photos of themselves.

In April of that year, during Spring Break, the victim said Moran invited him over to her house in Danville while her husband of four years was away. She instructed him to park far away from the house so that the neighbors wouldn’t see his car.

The victim said Moran met him at the door in an open robe, wearing just a bra and panties underneath, and then led him to a downstairs ‘man cave’ where she stripped and kissed him.

‘I was so nervous, I was kind of shaky,’ the boy told the court. ‘Then we just talked for a little bit.’

She then sexually assaulted him.

The victim said he was invited back to the home a day or two later to have sex with Moran again, but that was the final time they engaged in intercourse.

After Spring Break, the two continued to message each other on Snapchat ‘off and on’. 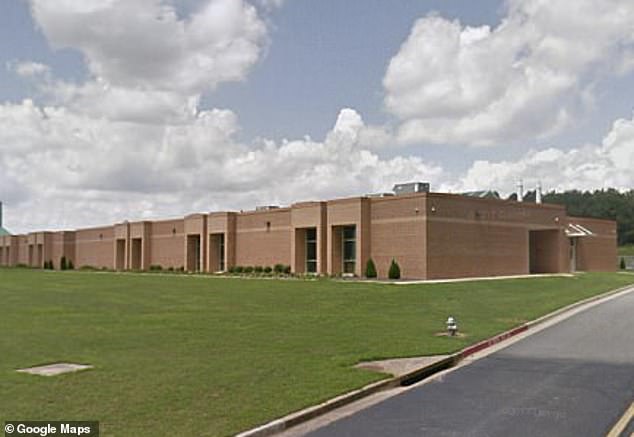 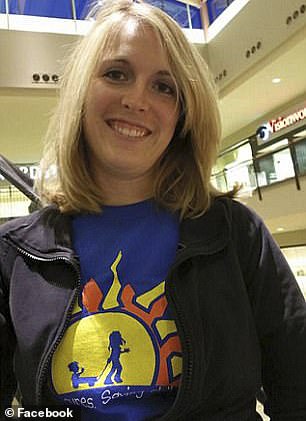 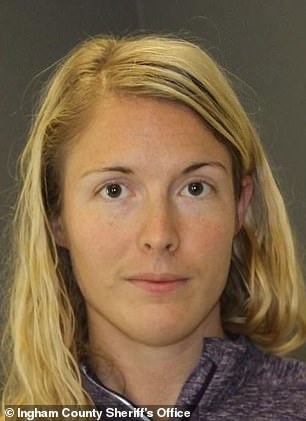 Prosecutors said Moran (left and right) lured the 15-year-old boy via Snapchat in the spring of 2017, and invited him over to her house to have sex with her twice

In July, the teenager told his girlfriend about the sexual encounters with his teacher, and a month later, a family member reported Moran to the police.

Moran was arrested in September 2017 in Decatur, Illinois, where she moved in July. Public records show her husband moved to South Dakota in June.

In October 2018, Moran pleaded guilty to a single count of third-degree criminal sexual conduct with a student.

As part of the plea agreement, the prosecution agreed to drop three additional counts of criminal sexual conduct.

In her victim impact statement delivered on Wednesday, the boy’s mother said her son went from being a popular and happy child to someone who has ‘lost himself’ in the aftermath of his tryst with Moran.

‘She took things from him he’ll never get back,’ the mother said. ‘Tell me how it’s a child’s fault that his teacher preyed upon him.’

According to the boy’s parent, her son to this day blames himself for Moran’s attempted suicide after her arrest, and he now plans to graduate early because he has been subjected to taunts and mockery at school.

‘He’s missing out on his teenage years because of what she did,’ she said of Moran. 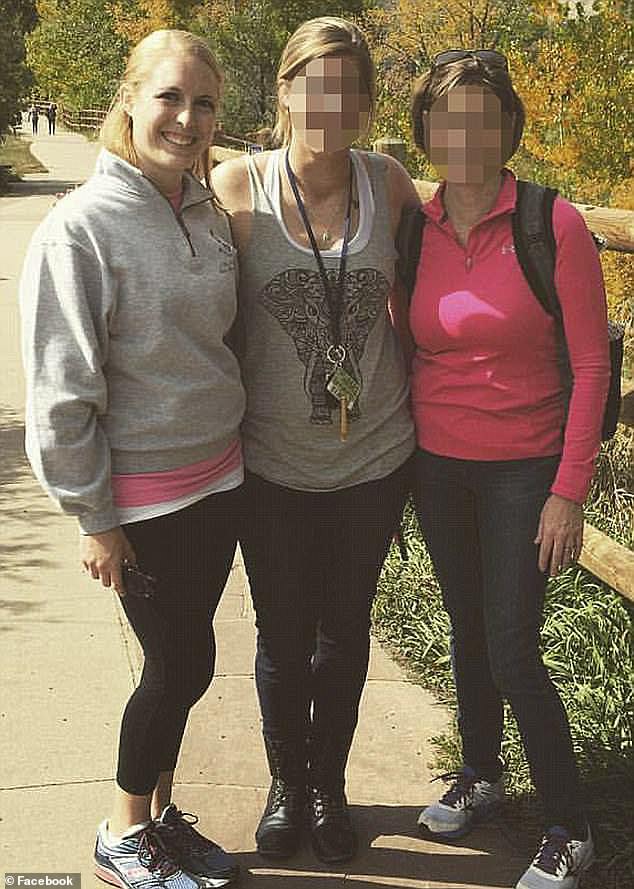 The boy’s mother said in court her son went from being a happy child to someone who has ‘lost himself,’ having been subjected to ridicule and taunts over his tryst with the ex-teacher (left)

The disgraced teacher, dressed in all black, was seen wiping away tears while listening to the mother’s speech.

Her defense lawyer asked the judge to sentence Moran to probation, arguing that losing her dream job as a teacher and having to register as a sex offender for the rest of her days was sufficient punishment.

But Ingham County Circuit Court Judge Joyce Draganchuk ruled that the defendant will spend at least 25 months in prison as part of her sentence.