This is the terrifying moment high school students were left ducking under their tables as a 7.0 magnitude earthquake struck the city.

In the footage, students at Dimond High School, in Anchorage, Alaska, are seen crouching under their tables as the ground below them shakes, books fly off their shelves and the ceiling lights begin to flicker.

The earthquake that rattled the city on November 30 was the second largest Anchorage has seen since the historic 9.2 magnitude earthquake in 1964- the most powerful recorded quake in US history. 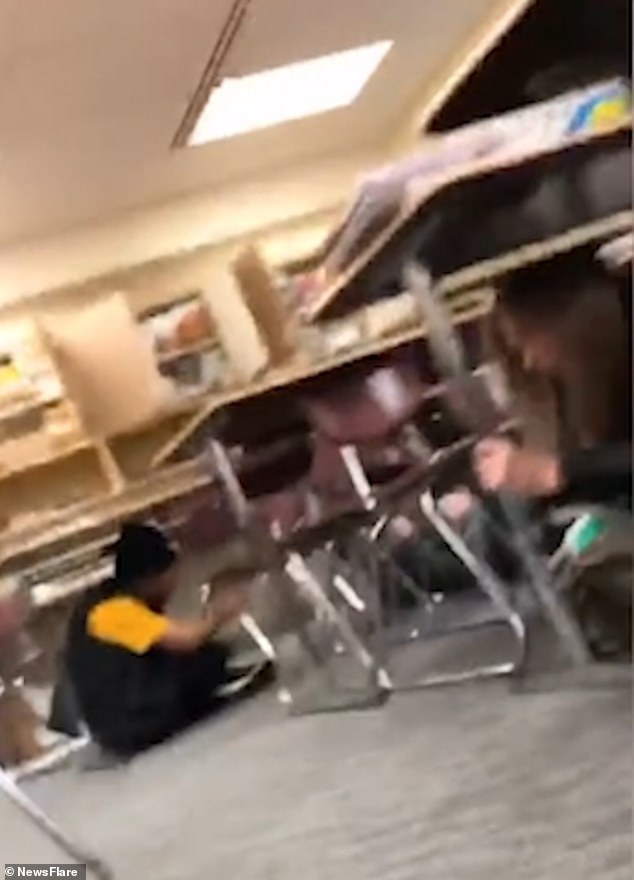 Students at Dimond High School, in Anchorage, Alaska, cower under their desks as a 7.0 magnitude earthquake rattles the city 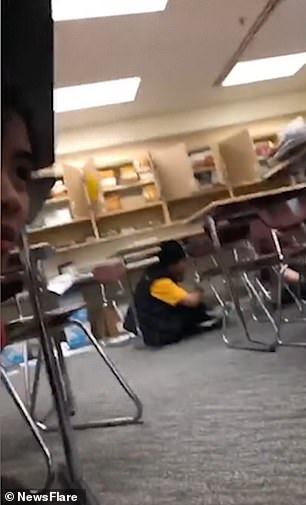 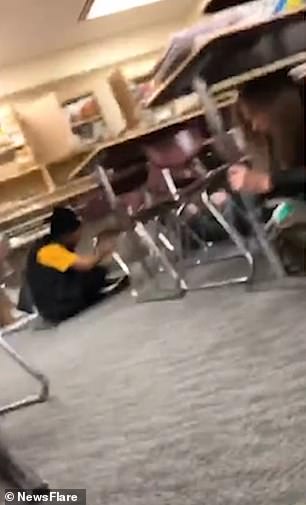 During the footage, the alarm blares and the students are left in a moment of darkness as the earthquake strikes at 8:30 am local time.

A male voice is heard repeatedly saying ‘hold on’ as terrified students cower on the ground.

As the alarm continues blaring and the students remain under their desks the male voices continues: ‘Still hold on.’ 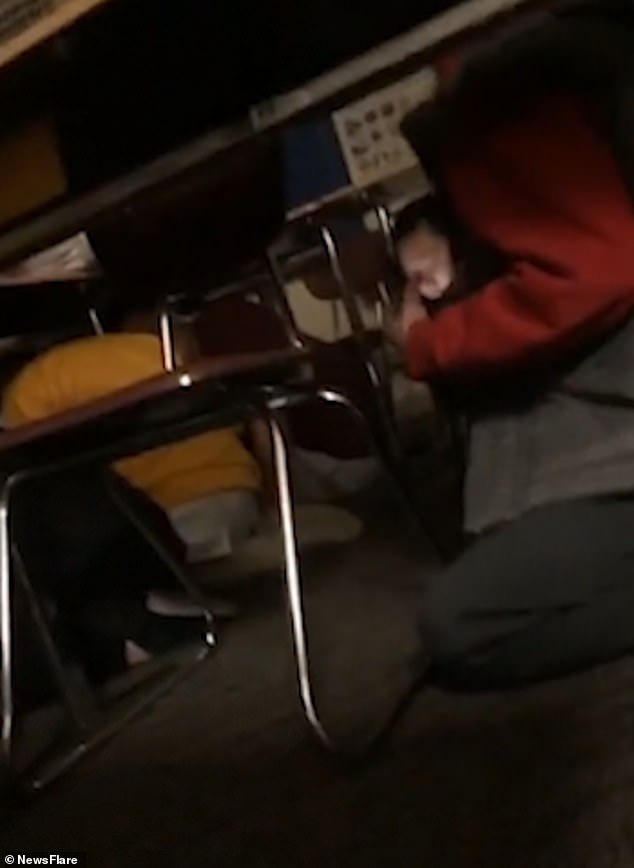 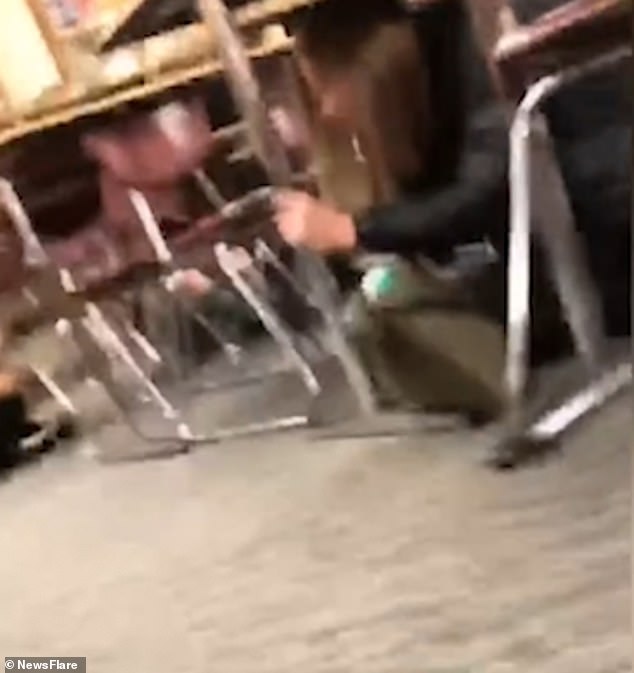 As the students wait for the earthquake to end a male voice is heard saying: ‘hold on’. The earthquake was the second largest Anchorage has seen since the historic 9.2 magnitude earthquake in 1964

Following the shocking earthquake, drivers were diverted around road damage on temporary detours and employees living in the north of the city were encouraged to take Monday off.

Schools in the city have now been closed until December 10 as assessments are conducted on about 4,000 classrooms in 86 schools.

Since the initial earthquake, the state has been hit by more than a thousand aftershocks.

There have been no significant injuries.