Megan Barton Hanson was pictured with three new friends and what appears to be a bag of white powder in the female toilets at a concert on Saturday evening.

The star failed to spot what looks like a clear plastic bag held by one of her extended party as they gathered together for a bathroom selfie during a live show by rock band Hinds at the Hackney Arts Centre.

In a social media snap obtained by , what appears to be a plastic bag filled with an unspecified substance is visible between the fingers of one girl as Megan, 24, stands alongside her.

A spokesperson declined to comment when approached by MailOnline. 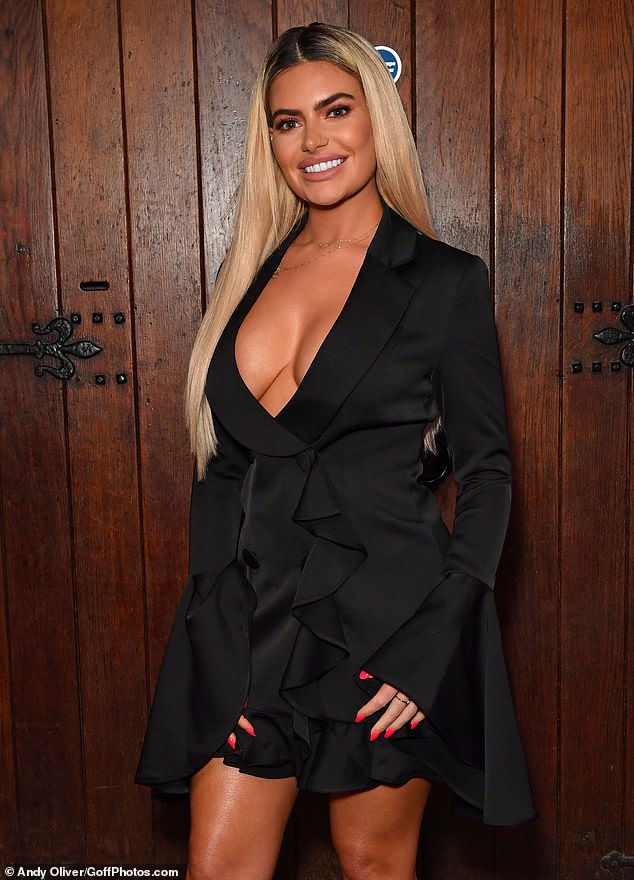 Controversy: Love Island star Megan Barton Hanson failed to spot what looks like a plastic bag filled with a mysterious white powder as she posed for a recent selfie

There is no suggestion that Megan was aware of the powder while posing for the photo.

The TV personality – who recently moved into a new London property with boyfriend Wes Nelson – playfully poked her tongue at the camera while accompanied by three new friends.

It’s understood that Megan met the girls for the first time that night before exchanging numbers with them and following their various Instagram accounts before posing for the photo.

A source explained: ‘Megan is not close to the girls in this picture – they met for the first time just before this picture was taken. 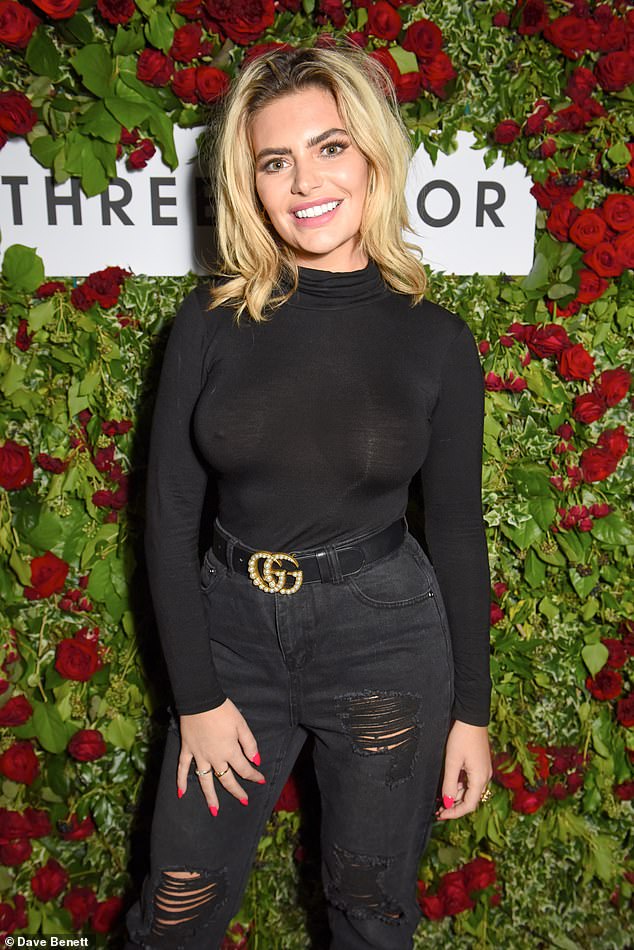 Oblivious: A spokesperson declined to comment when approached by MailOnline, although there is no suggestion that Megan was aware of the powder while posing for the photo

‘She absolutely was not partaking in anything that they were doing that evening. Megan is currently living a very strict and healthy lifestyle.

‘As she has experienced first hand within her own family the damage that substance abuse can have, especially in relation to mental illness, Megan strongly disapproves of any kind of substance abuse.’

The image comes after Megan revealed she wants to teach sex education in schools.

The glamour model and former stripper suggested the classes could be filmed for a reality television show. 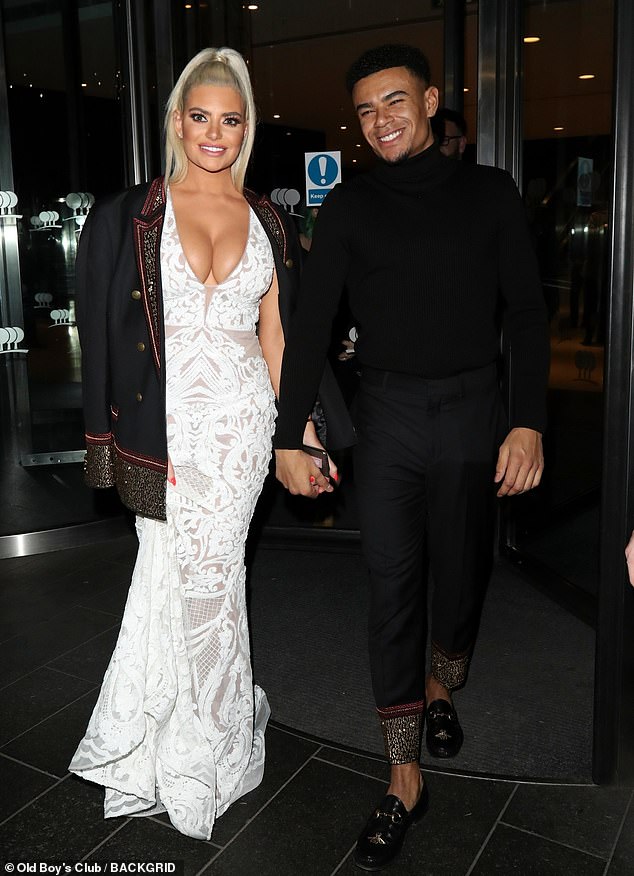 ‘Sex education is really important and I want to go back to school to teach kids and answer questions they might be too embarrassed or shy to ask their teachers,’ she told the Sun on Sunday.

‘Schools have a responsibility, as do their parents, to teach their kids. I think if it’s awkward and weird coming from a much older teacher, it doesn’t work or sink in.’

Megan shot to fame this summer when she appeared on Love Island.

The former stripper initially paired up with male model Eyal Booker, before turning her attention to current boyfriend Wes Nelson.

The couple reached the final of the ITV2 reality show, finishing in fourth place.