George H.W. Bush carried the heartbreaking loss of his young daughter with him for more than 65 years.

Pauline Robinson ‘Robin’ Bush died in 1953, when she was just three years old, after a six-month battle with leukemia.

Five years after Robin’s tragic death, the late President wrote an emotional letter to his own mother about his daughter’s passing.

Scroll down to read the letter in full 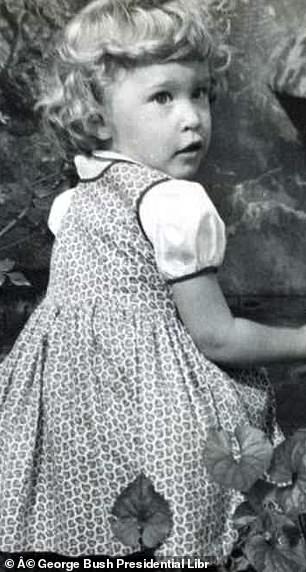 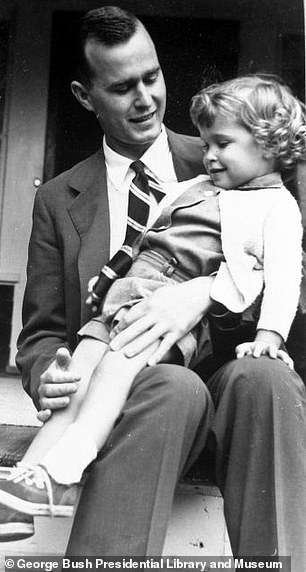 Pauline Robinson ‘Robin’ Bush – at the time, George H.W. and Barbara’s only daughter – died in 1953, when she was just three years old, after a six-month battle with leukemia

George Bush Snr’s youngest daughter Dorothy had yet to be born, and at the time he and wife Barbara, who died in April this year, had four sons.

In the letter to his mother Dorothy W. Bush, penned in 1958, the former U.S. President describes the loss of Robin to the family.

He writes about ‘needing a girl’ to offset ‘torn-kneed blue jeans and helmets, forts and rackets and thousand baseball cards.’

He describes her as ‘patient’ with ‘hugs a little less wiggly.’ 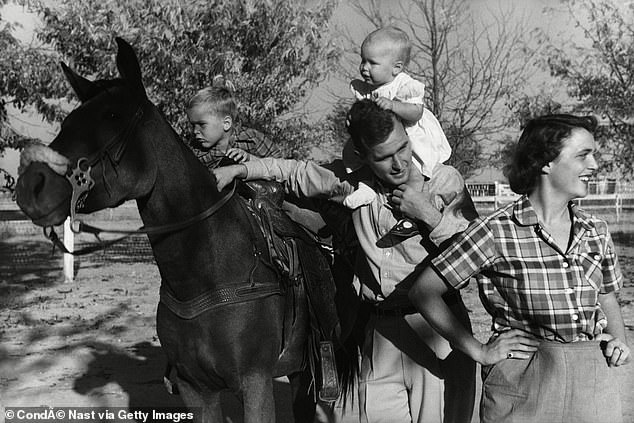 Family portrait: George H. W. Bush carries Robin on his shoulders posing for a photo with his wife, Barbara and son George W at their ranch in Midlands, Texas 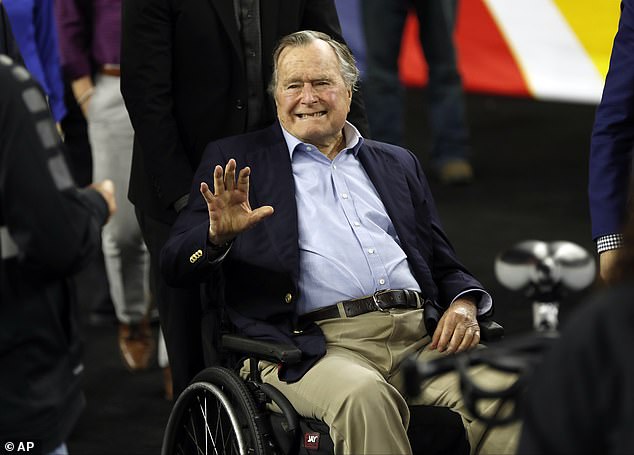 Reunited: George H.W. Bush will be buried on Thursday, next to his wife and daughter

The letter has re-emerged following the 41st U.S. President’s death on Friday, 30 November, at the age of 94.

The day after his death, an emotional cartoon showing him reunited with his wife and daughter in heaven, was widely shared on social media.

The drawing, by a Mississippi newspaper cartoonist, shows Bush Snr landing in heaven to join Barbara and Robin, and as the three of them hold hands and walk off across the clouds, Mrs Bush says ‘We waited for you.’

Robin was born in December 1949 and died a few weeks before her fourth birthday on October 11, 1953.

She was buried in College Station, Texas, on the grounds of the Bush Presidential Library at Texas A&M University, where her mother lies since her death in April.

After lying in state until December 5, George H.W. Bush will be buried next to his wife and daughter at 4.15pm CT on Thursday, December 6.

‘We need some starched crisp frocks to go with all our torn-kneed blue jeans and helmets. We need some soft blond hair to offset those crew cuts.

‘We need a little one who can kiss without leaving egg or jam or gum. We need a girl.

‘We had one once. She’d fight and cry and play and make her way just like the rest but there was about her a certain softness.

‘She was patient. Her hugs were just a little less wiggly.’

We hope she’ll stay in our house for a long, long time.’ 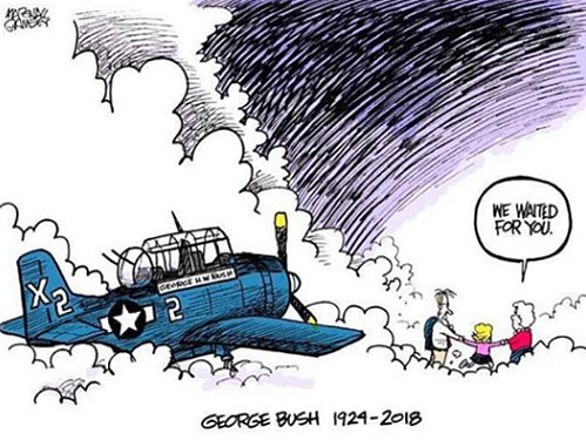 ‘We waited for you’: The cartoon shows George H.W. Bush reuniting with his wife Barbara and daughter Robin