It was based on advice he’d been given by his parents, and he put it down in writing to his mother Prescott in a letter he wrote to her in 1986.

At the time he was Ronald Reagan’s vice-president and the -Contra scandal had just exploded, threatening to engulf their administration. 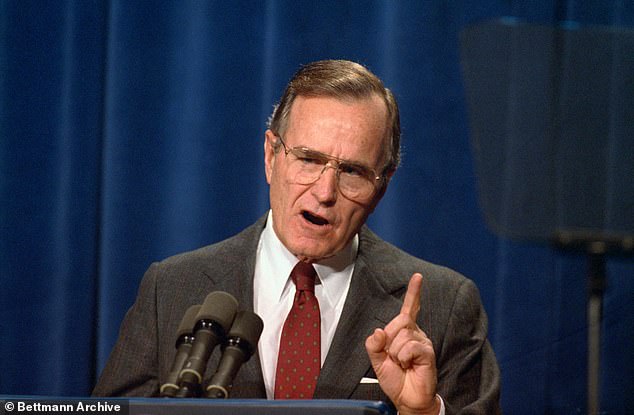 ‘Dearest Mom,’ he wrote, ‘These are not easy times here, but they are times that the things you and Dad taught me come to the fore. Tell the truth. Don’t blame people. Be strong. Do your best. Try hard. Forgive. Stay the course.’

That all sounds quite simple, doesn’t it?

Yet behind each of those entreaties lies a far deeper and more complex meaning, with massive potential consequence, if, as Bush later did, you become President of the United States.

Yes, they were both born to very wealthy and privileged families, ran big businesses and represented the .

But that’s pretty much where any similarities end.

Bush was a bona fide war hero, volunteering for the US Navy during World War II when he was just 18 years old, flew 58 combat missions and then being shot down over the Pacific two years later. He ended up in the ocean, concussed, and survived in an inflated raft for hours before a submarine picked him up. Yet he rarely spoke about his war experiences, even though it would have certainly won him more votes, because he was always mindful of his mother’s warning to ‘be careful’ about ‘bragging about your war record.’ 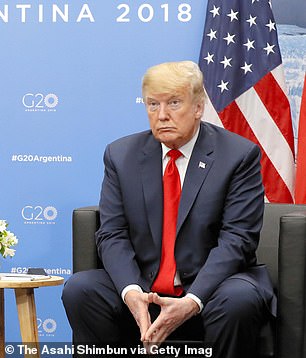 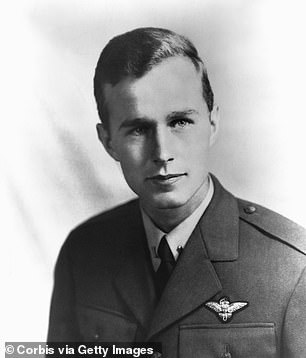 Bush served in the Navy from 1942 to 1945 and rose to the rank of Lieutenant, whereas Trump famously dodged being drafted using his ‘bone spurs’ as the reason 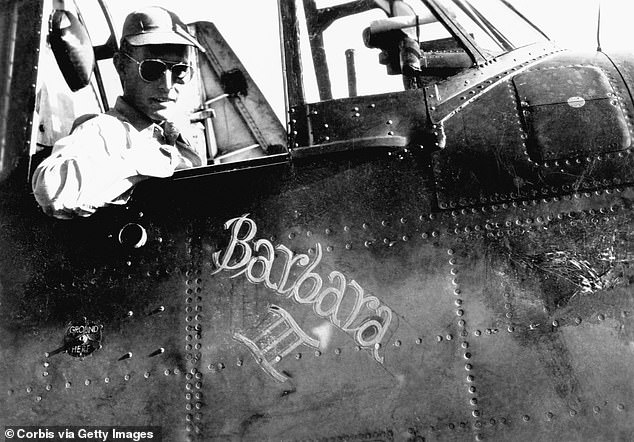 Bush was a highly experienced politician by the time he became President, holding down numerous important appointed and elected government jobs. Indeed, some argue he was the most qualified President in US history.

Trump, again by stark contrast, had zero political experience at all.

He literally came from running a real-estate empire and reality TV show to running America.

Bush was an extraordinarily modest, humble and self-effacing man.

Trump, even he would admit, is none of those things.

Bush was a man who liked to work respectfully with opponents to find common ground – Trump prefers to belittle, destroy or ignore them.

So they came at life, and politics, in very different ways.

Bush even admitted voting for Hillary Clinton in the 2016 Election.

‘I don’t like him,’ Bush reportedly said about Trump. ‘I don’t know much about him, but I know he’s a blowhard, and I’m not too excited about him being leader.’

Trump returned the favour at a rally this summer by mocking Bush’s famous ‘thousand points of light’ quote about the volunteer spirit of Americans.

‘What does that mean?’ he sneered. ‘Making America Great Again, we understand. Thousand points of light? What the hell is that?’

It’s fair to assume Trump, who has feuded with most of the Bush family at some stage, would have had a very low regard for a man who only served one term before America voted him out of office.

Bush was famously dubbed a ‘wimp’ and a ‘loser’ at the time, including by many in his own party who thought he’d drifted too far from Conservatism. 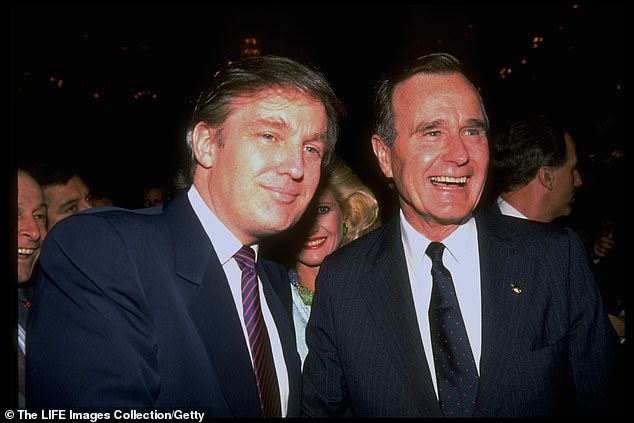 Yet history has been far kinder to him, as we can see from the extraordinary outpouring of glowing tributes and heartfelt sorrow since he died.

He was also an inherently good man who brought a touch of class and dignity to the office of President.

In that regard, I think there are things that Donald Trump could and should learn from George H.W. Bush.

In fact, he could do a lot worse than follow Bush’s own 7-point life code.

1) ‘Tell the truth.’ Trump has a truth problem, a BIG truth problem. He spent 50 years exaggerating and embellishing his way to the White House, but doesn’t seem to realise there is a massive difference between selling luxury tower blocks and running the country. George Bush was an honest person. He didn’t always keep his word on pledges like ‘Read my lips: No new taxes’, but he was a man of honour who found NOT keeping his word agonising. Trump finds it far too easy to bullsh*t and lie, about anything, seemingly without a tinge of regret, and it diminishes his presidency every time he does it. I urge him to take a leaf out of Bush’s book and strive to be more honest. It won’t hurt as much as he fears.

2) ‘Don’t blame people.’ Trump’s instinct is always to look for someone else to blame other than himself, even if nobody’s actually blaming him. We saw this unappealing trait at its worst when the Californian wildfires erupted last month to deadly effect, and the President chose to blame local politicians for not clearing leaves properly, to offering his full support to those dying. The buck in America always stops with you, Mr President. Own that buck, as Bush did, and people will think more, not less of you.

3) ‘Be strong.’ Trump IS strong, but he forgets that strength doesn’t always have to come from aggressive rhetoric or forceful acts. Bush was a master of exercising quiet power, someone who never felt the need to humiliate opponents, or act like the biggest, cockiest gunslinger in the room all the time. Trump should just calm down a bit, on Twitter and at his rallies. He won’t be weaker for it, he’ll be stronger.

4) ‘Do your best.’ Trump would say he does this already, but what does ‘your best’ actually mean? I’d say if you’re President it means always putting the interests of your country before your own, and by that yardstick Trump sometimes fails because his ego overrides everything else. His first thought often seems to be ‘what’s in it for me?’ rather than ‘what’s in it for America’. Bush was such a selfless man he barely ever spoke about himself. Whereas, Trump barely stops talking about himself. He needs to learn that humility is not a bad thing and that his primary duty is to the American people not Donald Trump.

5) ‘Try hard.’ Trump needs to try harder to stop expending so much effort on petty, pointless stuff that eats up his time and energy – like constantly attacking media critics, picking fights with comedians and TV actors and mudslinging with political opponents. Bush tried hard to cross the aisle and treat opponents with respect. As a result, he earned their respect back.

6) ‘Forgive.’ Trump bears grudges like nobody else. There’s no slight he doesn’t seethe over, no insult he doesn’t feel compelled to repeatedly avenge ad nausea, whether on the domestic or international stage. It’s exhausting! Bush was a man who sought peace, not war, and who prided civility over conflict, friendship over feuding. He acted as a global unifier, not a selfish isolationist. I don’t have a problem with Trump’s ‘America First’ doctrine, so long as it doesn’t mean ‘America Only’.

7) ‘Stay the course.’ Trump has great stamina for a guy in his 70s, but some question his resolve to see things through that he starts, believing he gets too distracted to seal the deal. History is about seeing things through. Bush was the President who presided over three incredibly important moments in modern history: the first Gulf War, when he acted with decisive military force to repeal Saddam Hussein after the Iraqi dictator invaded Kuwait; the end of the Cold War and dismantling of the Soviet Union; and the reunification of Germany. Trump, who has enjoyed more success in his first two years than many give him credit for, needs to learn that sometimes the long game victory is better for a great legacy than a quick easy win. 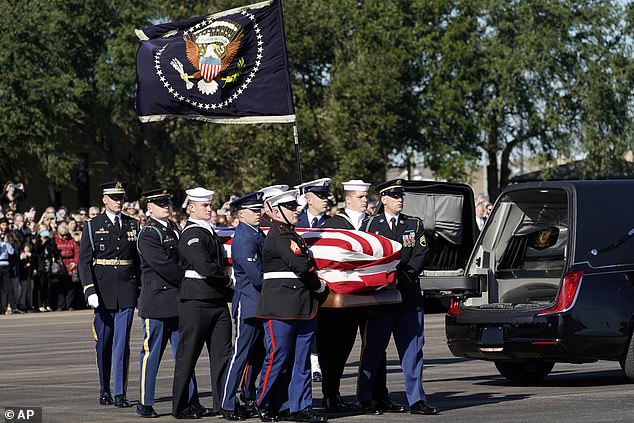 So far, despite their disagreements, Trump’s response to Bush’s death has been notably, faultlessly gracious.

I applaud him for that, and I will applaud him even more if he now incorporates the values of Bush’s 7-point life code into his own presidency.

Man, 58, doused his disabled, wheelchair sure spouse, 61, in gasoline and set her on hearth
Maddie Ziegler gets a new car for her 16th birthday
Pictured: Saudi intelligence officer dressed in fake beard, Khashoggi’s clothes and glasses
At least one suspect in custody in connection with murder of Jazmine Barnes in Walmart parking lot
The Queen 'leaves presents at the foot of Prince George's bed when he stays at Buckingham Palace'
Utah woman charged with lewdness for taking her top off in front of her stepchildren at home
Big thighs can reduce the risk of a heart attack, stroke or high blood pressure, study claims
Chinese man has 29 magnetic beads stuck in his bladder