These two fighting lizards appear to put their differences behind them in a series of adorable snaps which show them hugging it out.

The passionate pair can be seen embracing following a playful tussle in Bhadra Tiger Reserve in Karnataka, India.

The 27-year-old said: ‘In this particular reserve the monitor lizards grow really big. 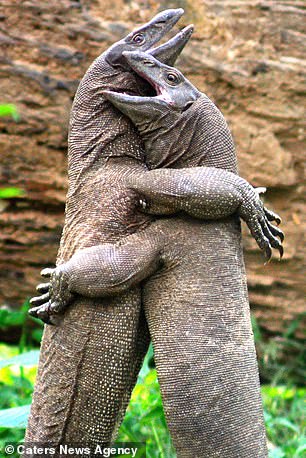 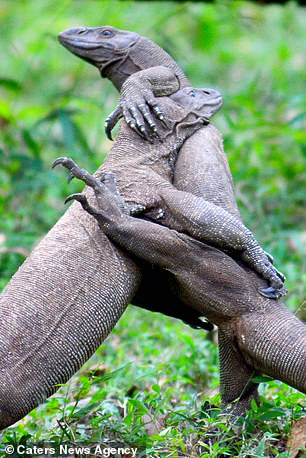 ‘I have seen lizards that measure up to 3.5 feet long including the tail and the tail is long and strong.

‘These monitor lizards have strong legs that can support a heavy body and sharp claws on their feet that helps them run at good speeds and climb trees too.

‘The fighting that takes place between males can occur for territory or sometimes for females.

‘I witnessed a fight between two big males, this was very serious fight that lasted for more than 30 minutes.

‘They wouldn’t leave each other and were trying to bite and roll.

‘Their locking technique is superb and their claws are helps for holding grip.’ 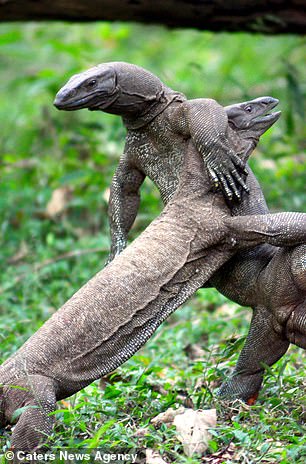 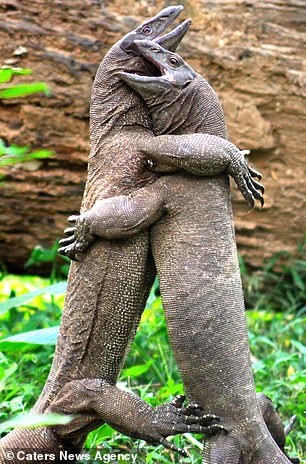 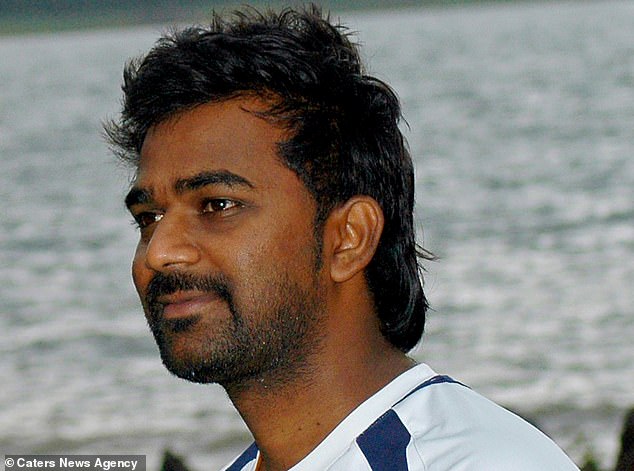 Brad and Angelina's poisonous divorce might go on longer than their marriage
Microcomputer inventor is among the 51 dead in devastating California wildfires
Dems offer NOTHING for Trump's wall in talks on averting another shutdown despite president warning
Two American siblings, aged 6 and 7, rescued unharmed after spending a night in a forest
Prince Andrew's friend question image of duke with arms round sex slave accuser
Kanye West under fire for $55 Brunchella VIP breakfast plate at church service
Democrats plan to go after Mike Bloomberg during his first debate appearance Wednesday
'This never happened': Joe Biden denies sexual assault allegation by former Senate staffer