A bridesmaid tragically died after falling over and hitting her head on her brother’s wedding day, an inquest heard.

Sammie Bowman, from Holme-on-Spalding-Moor, East Riding, Yorkshire, was helping the bridal party with last minute arrangements when she fell over backwards onto concrete.

The 22-year-old was rushed to hospital, where doctors operated in an attempt to save her life but she died two days later from the devastating brain injury. 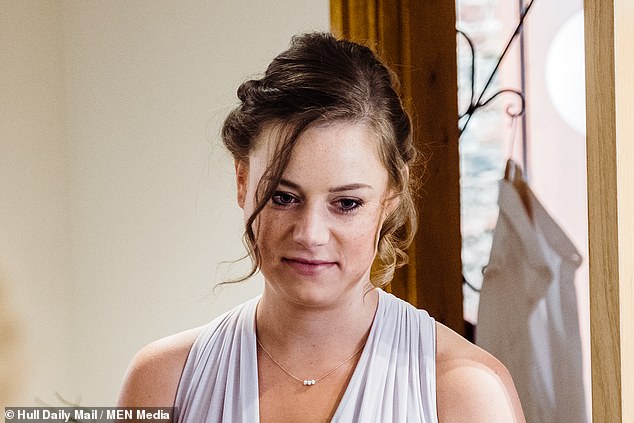 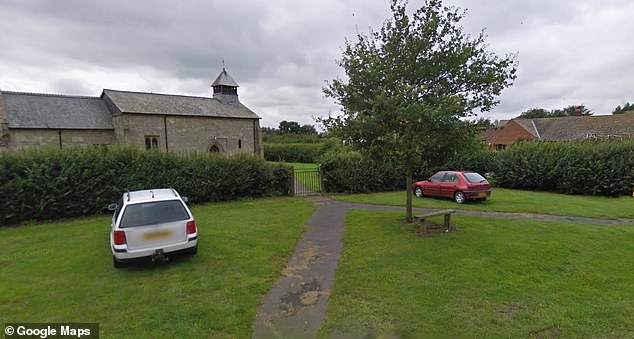 Sammie Bowman died at her brother’s wedding which was held at a rented cottage near Pocklington, East Riding of Yorkshire on May 31

The inquest at Hull Coroner’s Court heard how the wedding party had gathered at a rented cottage near Pocklington, East Riding of Yorkshire, for the wedding of her brother Andrew on May 31.

The bridal party had their hair and make-up done and had taken photos when mother, Debra Bowman, went out to her car with her daughter.

Mrs Bowman then saw her daughter fall over and hit her head on the ground, which made a ‘loud bang’, the statement said.

A brain scan at Hull Royal Infirmary revealed a large blood clot beneath the bone of the skull, which doctors were able to remove.

However her injuries were deemed ‘incompatible with life’ and she died on June 2.

The inquest heard that in the months leading up to her death Miss Bowman had started drinking heavily.

A post-mortem found that her collapse may have been caused by alcohol withdrawal.

The court heard how Miss Bowman’s life had been blighted by an eating disorder since she was 12 years old up until the day of her death, which involved binge-eating and purging. 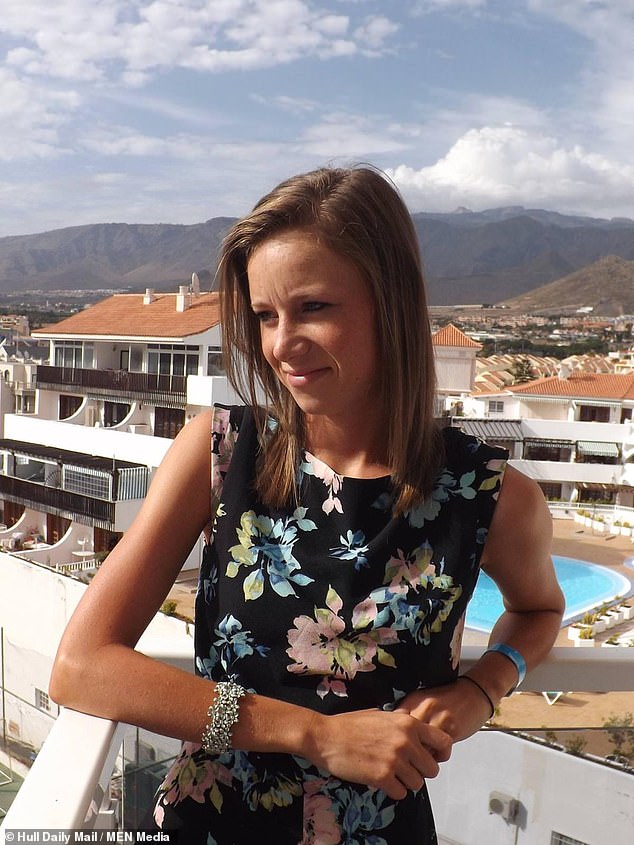 A brain scan at Hull Royal Infirmary revealed a large blood clot beneath the bone of the skull, which doctors were able to remove

And at one point Miss Bowman weighed under seven stone.

On the morning of her brother’s wedding, she had eaten four breakfasts and had been to the toilet multiple times to ‘purge’, according to The Yorkshire Post.

At one session in October 2017, Miss Bowman told her she was consuming 10 shots of gin per night.

At another, in March 2018, she told her she was experiencing alcohol withdrawal symptoms and was consuming a litre of rum per day.

She expressed her condolences to the family, saying how sad it was to lose ‘someone so young in such dreadful circumstances.’

Outside the court her dad Alistair Bowman paid tribute to his animal-loving daughter, who aspired to join the police as a dog handler.

He said: ‘She was always laughing and bubbly and loved life. She loved her dogs. She was a joker. She was beautiful, a real nice young lady.’

Millions flow to prostate cancer research
No deal Brexit could be as bad as the 2008 financial crash, BoE governor warns cabinet
Royals arrive for the Queen's Christmas lunch at Buckingham Palace
SIX officers needed to restrain mother of Bronx gang attack victim after she breaks down in court
Army veteran and hero mother identified as two of the 20 victims of shooting at Walmart in El Paso
Oscars 2020: Brad Pitt and Joaquin Phoenix make political points
Adorable black and white photograph of Prince Charles with Prince Louis was taken by Kate Middleton
Baby dies of coronavirus-linked Kawasaki disease aged eight months