A man who watched the fatal shooting of black Chicago teenager Laquan McDonald claims that police waved the witness away that night in October 2014 without questioning him or even bothering to take down his name.

Testifying in the trial of three officers accused of lying to protect Jason Van Dyke, the white officer who shot 17-year-old McDonald, witness Jose Torres on Thursday offered an account that contradicts what the officers wrote in their reports.

Van Dyke – the first Chicago officer to be charged with murder for an on-duty shooting in about 50 years – was convicted last month of second-degree murder and aggravated battery.

McDonald was seen crumpling to the ground in a hail of 16 bullets as he walked away from officers in shocking dashcam footage that stoked outrage nationwide.

Prosecutors are now seeking to show that after the shooting, former Detective David March, former Officer Joseph Walsh and Officer Thomas Gaffney began working to cover up what happened.

Torres told the court he decided to come forward with his version of events after he heard a spokesman for the police union on TV telling reporters that McDonald ‘was lunging’ at Van Dyke with the small knife the teen was carrying in his right hand.

‘I told my wife at that moment: “They’re lying,”‘ he said in his testimony. ‘I told her I had to say something. It’s eating away at me [and] or the next few days, I couldn’t sleep.’ 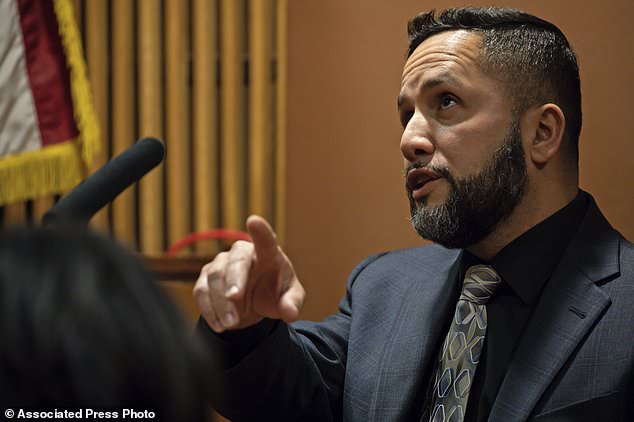 Jose Torres, a witness to the fatal shooting of black 17-year-old Laquan McDonald in Chicago in 2014, testified on Thursday in the trial of three officers accused of lying about the events to protect Officer Jason Van Dyke, who was convicted of second-degree murder last month. Torres claims that police didn’t take down his name or question him after the shooting 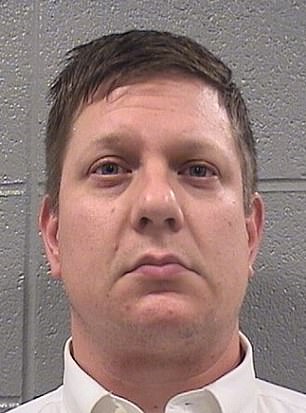 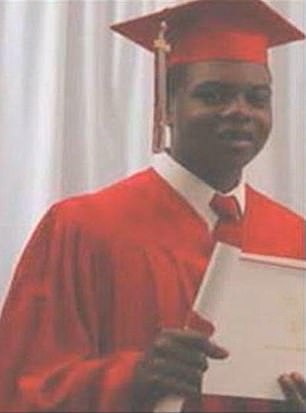 Van Dyke, 40, (left) was convicted of second-degree murder for shooting McDonald (right) while on duty in Chicago in October 2014 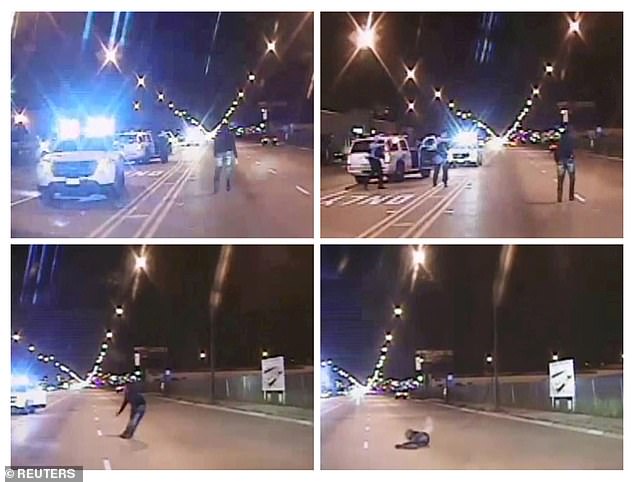 Torres’ claim that McDonald was not lunging at Van Dyke matches the dashcam footage that was played repeatedly at Van Dyke’s trial last month.

March, Walsh and Gaffney are facing charges of conspiracy, official misconduct and obstruction of justice.

Walsh, who was Van Dyke’s partner at the time, and Gaffney were present during the altercation with McDonald, who was high on PCP and popped one of their squad car’s tires and slashed the windshield before being shot as he walked away.

March was the lead detective investigating the shooting.

Torres, who was driving his adult son to a hospital the night of the shooting, said it was clear to him that police wanted him to leave after he watched Van Dyke fire 16 bullets, many of them after McDonald had collapsed on the ground.

‘When they continued shooting I was upset, and I said why the f*** are they still shooting?’ he said.

As he approached responding officers, Torres said a patrolman waved a flashlight at him and gestured for him to leave.

Much of the prosecution’s case hinges on the claim that officers didn’t take a statement from the sole civilian witness.

Prosecutors are also hoping to submit emails exchanged by the defendants that allegedly provide proof of a conspiracy between the three officers and others that have not been indicted.

Days later he contacted the independent review board that investigates shootings involving Chicago police and met with investigators to tell of what he’d seen, including that McDonald appeared to be walking away from Van Dyke when he was shot.

During an intense cross examination by defense attorneys for two of the officers, Torres on Thursday acknowledged that some of the things he previously said match the officers’ reports but not the dashcam video of the shooting.

For example, days after the shooting, Torres told investigators that it appeared to him that McDonald was trying to get up after being shot. The witness told the court he could not remember making that statement.

Torres had also testified in Van Dyke’s murder trial, and repeated much of that testimony on Thursday.

The bench trial is set to resume Tuesday afternoon. A judge will determine whether the three officers are guilty. 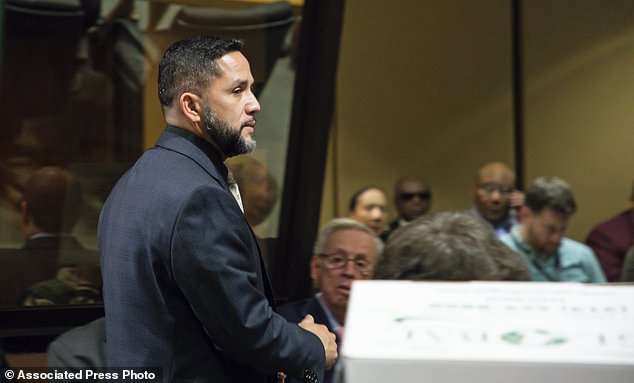 Torres was driving his adult son to a hospital when he witnessed the shooting last October. He told his version of events to the court on Thursday

Medium reveals probably the most terrifying experiences she’s had on the job
US Marshals capture 27-year-old fugitive who wanted to 'put a bullet in Trump's head' after manhunt
Two Indiana cops charged with battery 11 months after being filmed brutally beating handcuffed man
Total Recall tech will see painful memories replaced with happy ones
Florida counties meet deadline for recount as Scott leads Nelson by more than 10,000 votes f
The sad story behind photo of a man giving a pelican a lift in his kayak
ALISON BOSHOFF on the war between Liam, Noel and their children
Ohio student, 22, dies two days 'after being teargassed and pepper sprayed at George Floyd protest'