A man coming home early from a Tinder date got the shock of his life when he discovered two of his roommates stuffing a mutilated body into plastic bags.

Jake Bilotta, 22, and Ian McClurg, 21, allegedly lured a former roommate into their home and stabbed him to death because they thought he stole their PlayStation 4.

They have both been charged with first-degree murder.

Their new roommate, Walter Johnson -who only moved in last week – had unexpectedly returned to his Maitland home during his date on Monday when he saw McClurg holding a 7-inch chef’s knife, police said. 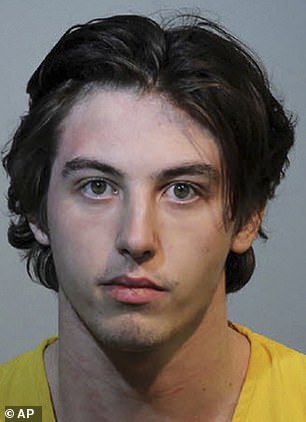 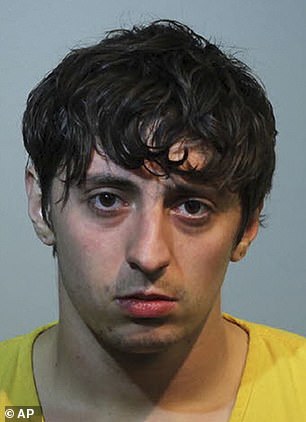 Ian McClurg, 21, (left) and Jake Bilotta, 22, (right) were arrested after they allegedly killed a former roommate because they believed he stole their PlayStation 4

Meanwhile, Bilotta was stuffing a dead body into plastic bags, according to the .

Johnson told investigators he also saw Bilotta rummage through a backpack next to the body, telling McClurg: ‘Give the (expletive) some credit, he put a good fight’.

He also spotted a mop and duct tape nearby.

Johnson immediately ran back to his car, where his Tinder date was still waiting for him, and called police around 11pm.

Authorities found McClurg barricaded in the bathroom, while Bilotta ran barefoot out of the back door of the home.

Officers found Bilotta 30 minutes later and took him into custody. There was still blood on his hands and feet, as well as his clothes. 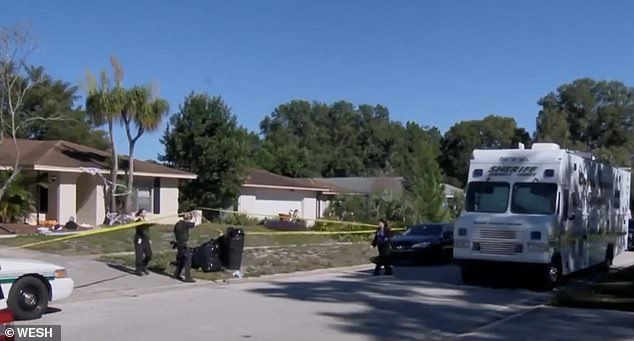 McClurg and Bilotta’s new roommate called police when he walked in on the horrific murder scene while coming back from a Tinder date. Pictured is their home in Maitland, Florida 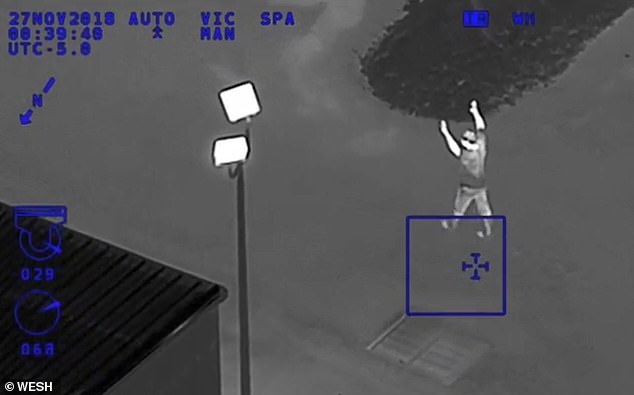 Authorities found McClurg barricaded in the bathroom, while Bilotta ran barefoot out of the back door of the home. Pictured is a chopper spotting Bilotta 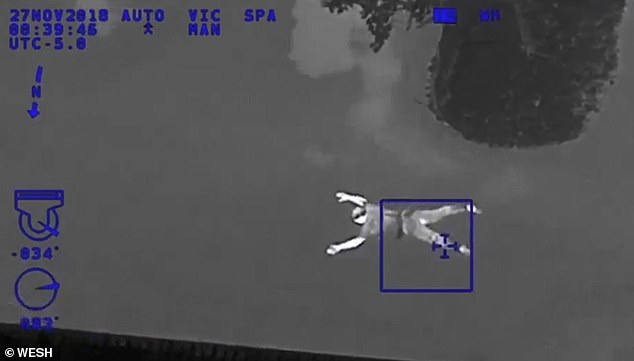 Officers found Bilotta 30 minutes after they arrived at the scene and took him into custody. There was still blood on his hands and feet, as well as his clothes 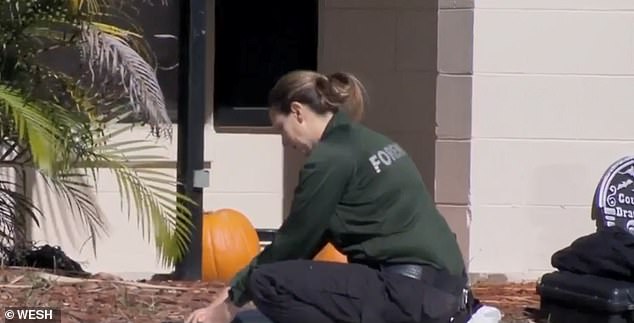 Bilotta and McClurg believed that the victim – who has not yet been identified – broke into their home last week and stole a PlayStation 4, according to Seminole County Sheriff Dennis Lemma.

‘The report, from Ian, was Jake was so upset earlier in the day he was punching holes in the walls,’ Lemma said.

‘He was doing whatever he could to get this individual back over there so he could take revenge out on the burglary.’

The victim had lived at the home with Bilotta and McClurg for only two weeks before he was evicted two weeks ago. Johnson then moved in to replace him. 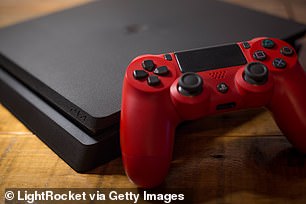 It remains unclear why the victim was kicked out of the home.

Lemma said that Bilotta and McClurg coaxed their victim back to the house by promising to take him to a party.

Bilotta then allegedly stabbed the victim multiple times while McClurg blocked his ability to escape, according to .

‘They lured him back there for revenge,’ Lemma said. ‘It’s just absolutely bizarre.’

‘It is the most bizarre and disgraceful act that one can imagine, over these gaming systems and things that have little value, definitely no association with human life whatsoever.’

Lemma said McClurg and Bilotta had planned to stuff their victim’s body in multiple plastic bags and dump them.

It is unlikely that they thought Johnson or their other roommate – who was at work at the time – was going to walk in during the attack, he added.

Lemma said drugs were also found in the home, but police do not believe they were a motive in the attack.