The great Oscar-winning Italian film director Bernardo Bertolucci, who has died of cancer aged 77, will be remembered by the critics for a number of masterpieces.

But for the last decade in particular his reputation has been overshadowed by what happened in the shooting of the most famous scene of his most famous film, Last Tango In Paris.

Had Bertolucci’s ruthless ambition and ‘artistry’ remained within acceptable moral and legal boundaries during that scene? Did his leading man Marlon Brando have his teenage co-star’s consent when he assaulted her?

The answer to both questions is ‘no.’ 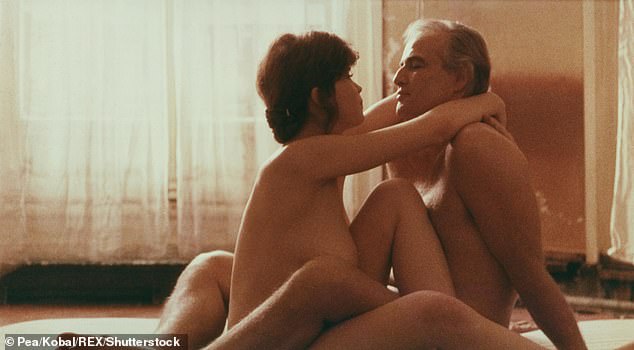 Forty-five years before the #MeToo campaign turned a spotlight on Hollywood’s dirty big secret — the sexual abuse of young actresses by powerful men in the film industry — Last Tango demonstrated it blatantly and explicitly on screen.

Of course, the audiences were not to know the 19-year-old leading lady was being sexually abused on camera in the film’s notorious rape scene.

But Maria Schneider’s tears, fear and humiliation were for real, she said much later, even if actual penetration was not.

Before it took place on set, she had known nothing about the film’s simulated rape, nor that Marlon Brando’s character would infamously use butter as a lubricant during the assault. Her reaction helped earn the two men who created the sequence an Oscar nomination apiece.

He made his directorial debut aged 20 with La Commare Secca, which concerned the murder of a prostitute. Later he was one of the writers on Sergio Leone’s cult spaghetti western Once Upon A Time In The West. 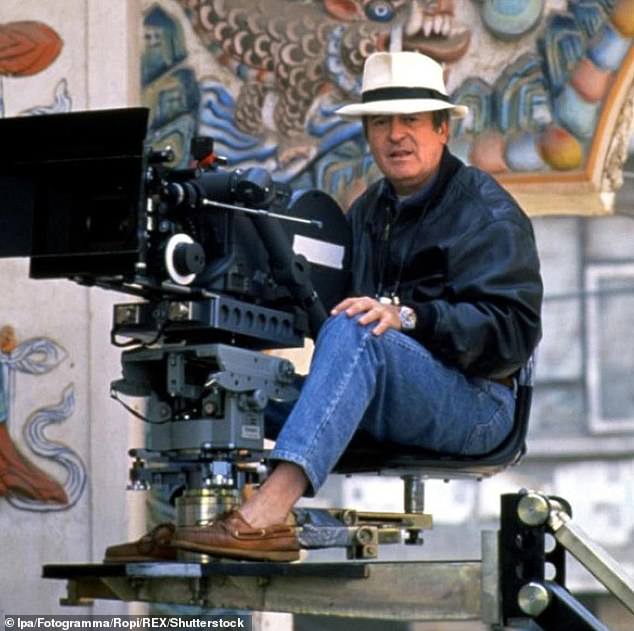 Oscar-winning Italian film director Bernardo Bertolucci, who has died of cancer aged 77, will be remembered by the critics for a number of masterpieces. But for the last decade in particular his reputation has been overshadowed by what happened in the shooting of the most famous scene of his most famous film, Last Tango In Paris

He broke out internationally in 1972 with Last Tango, based in part on his own sexual fantasies. It was an important film in many respects, not least for the main players.

A smouldering young star of stage and screen during the Fifties, Brando had attracted two Best Actor nominations before winning an Oscar for his lead role in 1954’s On The Waterfront. Then his career took a dip, and in the Sixties he became more or less box office poison.

But he enjoyed an extraordinary revival at the age of 48 for his role as gangster pater familias Don Corleone in The Godfather. Last Tango was his next film.

The plot concerned a middle-aged American, Paul, played by Brando. To overcome the devastation of his wife’s suicide, he embarks on an increasingly intense — and abusive — anonymous sexual relationship with a teenage Parisian girl, Jeanne, played by Schneider.

There are a number of sex scenes that are very graphic for the period. These culminate in the butter scene, with Brando’s character raping Schneider.

The shocking footage helped get the film banned in several countries and parts of Britain for being ‘obscene’. Some wondered if Brando and Schneider were simulating at all.

But many of the serious critics were in raptures. ‘The movie breakthrough has finally come,’ breathed the New Yorker. ‘Bertolucci and Brando have altered the face of an art form.’

But Schneider said the experience ‘ruined’ her. She quickly went off the rails in a slew of drugs and roles with which Hollywood aimed to exploit her Last Tango notoriety. She was sacked from the cast of the Roman epic Caligula for refusing to perform nude — she never did again after Last Tango — and reportedly declared: ‘I am an actress not a prostitute.’

There was a suicide attempt, a spell in a mental hospital and she declared herself bisexual.

It was not until 2007 — in an interview in the Mail — that she described in detail the sexual ordeal she had suffered at the hands of Bertolucci and Brando, who had died three years earlier.

Schneider said of the director: ‘He was very manipulative, and would do things to get a reaction from me.

‘I was too young to know better. Marlon later said he felt manipulated, and he was Marlon Brando, so you can imagine how I felt.’

Of the ‘rape’ she said: ‘That scene wasn’t in the original script. The truth is it was Marlon who came up with the idea. They only told me about it before we had to film the scene, and I was so angry. I should have had my lawyer come to the set because you can’t force someone to do something that isn’t in the script, but I didn’t know that.

‘Marlon said to me: “Maria, don’t worry, it’s just a movie,” but during the scene, even though what he was doing wasn’t real, I was crying real tears.

‘I felt humiliated and to be honest, I felt a little raped, both by Marlon and by Bertolucci.’

Schneider died of breast cancer in 2011. Two years later, Bertolucci admitted the scene had been sprung on her. He said he ‘wanted her reaction as a girl, not as an actress’.

He added: ‘I think she hated me and also Marlon because we didn’t tell her that there was that detail of the butter.’

Bertolucci admitted that not telling Schneider the plan was ‘horrible’. But he had no regrets though Schneider ‘hated me for her whole life’ as a result.

When a video of this interview came to light in 2016, there was outrage. There were calls for Bertolucci to be prosecuted and both he and Brando to have their film awards rescinded.

The director retorted there had been a ‘ridiculous misunderstanding’, claiming: ‘We wanted her spontaneous reaction to that improper use [of butter].

‘Someone thinks Maria had not been informed about the violence on her. That is false!’

He added: ‘Maria knew everything because she had read the script, in which it was all described. The only new thing was the idea of the butter.

‘It was this, I learned many years later, that upset Maria, and not the violence.’

But this was the heyday of the male director who did as he pleased. Five years after Last Tango, another European film director, Roman Polanski, admitted sleeping with a 13-year-old girl. He fled prosecution in the U.S., never to return.

Polanski has his apologists who prefer to admire his art rather than his personal behaviour.

Today, some will have the same conflict over Bertolucci, who is survived by his wife, the English writer and director Clare Peploe.

And some will prefer to remember his two Oscars for the exquisite The Last Emperor rather than the life-changing assault he inflicted on a naïve and vulnerable girl.

How to score free family flights overseas: The hacks to save thousands on flights without spending
Technology brings images of Holocaust survivors to life
Peter Schmeichel, 55, marries a former Playboy model, 46, in Denmark
Entire British family of 12 who fled their home in Luton for Syria to join ISIS are all now DEAD
Superyachts including Roman Abramovich's 533-feet vessel descend on Caribbean resorts
Rampaging Vikings were fuelled by hallucinogenic herbal tea that made them feel less pain
FTSE falls to lowest level since 2016 due to coronavirus panic
Swedish police say they've SOLVED the 1986 murder of PM Olof Palme