She’s known for her witty humour on social media.

And Kate Beckinsale, 45, once again left her followers in hysterics as she shared rib-tickling throwback black and white image of herself with her mother on Sunday.

In the childhood photo, the Underworld actress could be seen tightly gripping around her mother Judy’s neck and also showcase her missing front tooth as she grinned. 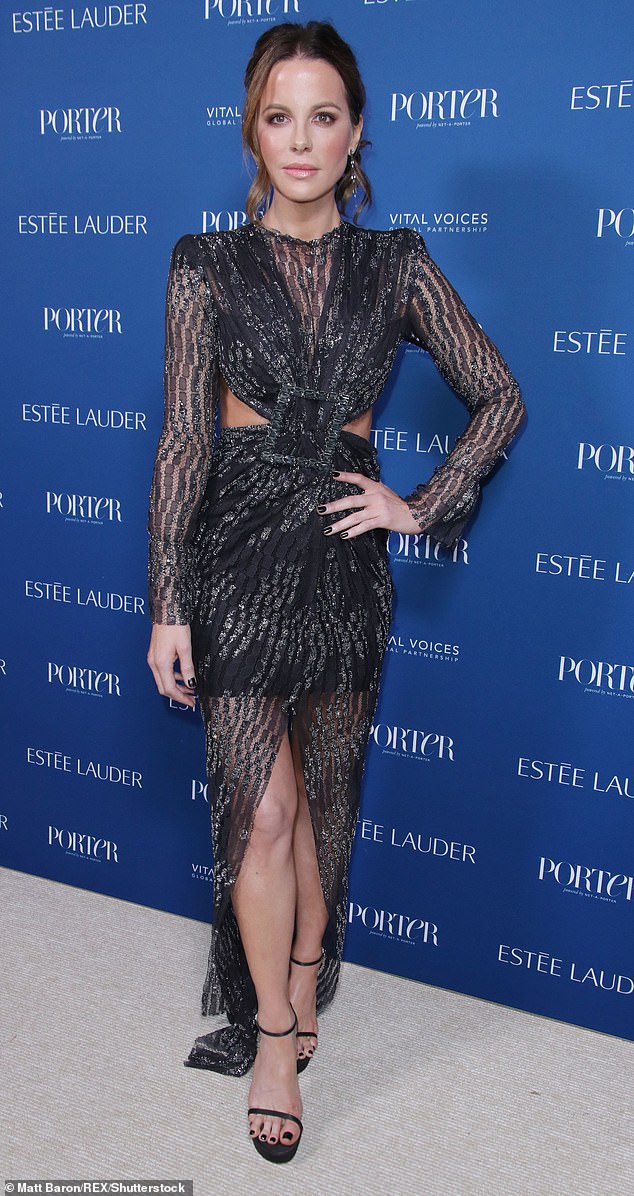 Having fun: Kate Beckinsale, 45, once again left her Instagram followers in hysterics as she shared rib-tickling throwback black and white image of herself with her mother on Sunday

Hilariously poking fun at her childhood photo, Kate captioned the shot from yesteryear: ‘If someone didn’t shout “Katy, why is your mother so cold in only a light breeze?” or, “Katy-why do your dungarees feature a lowish but horribly realistic vagina pleat?”

‘Or, “Katy, why do your eyes glitter with madness when you grip your mother’s carotid artery?” then I felt like we had failed.

Adding: ‘Here we are winning on every level #mama’.

The photo garnered a lot attention from her 2.2million followers, who commented in their droves about her hilarious commentary. 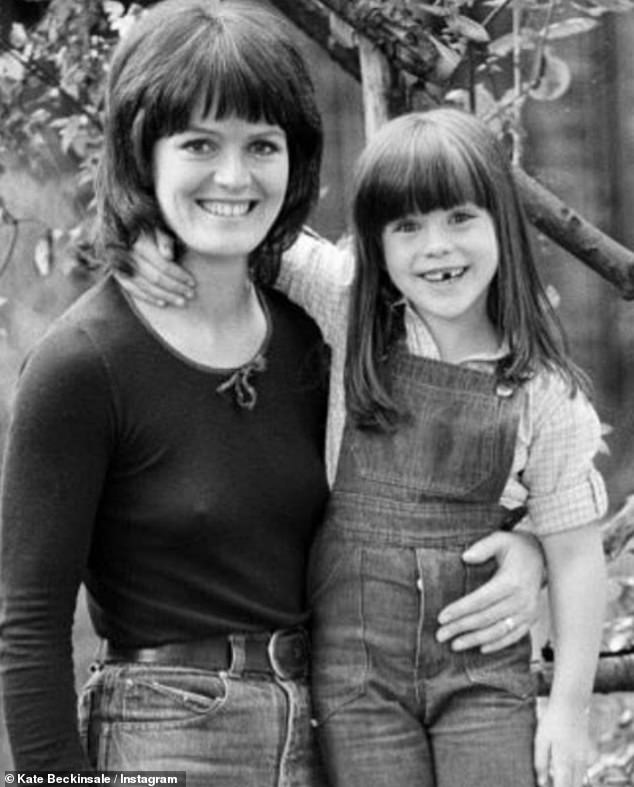 Hilarious: The photo garnered a lot attention from her 2.2million followers, who commented in their droves about her hilarious commentary

A fan shared: ‘I read this with your British accent. Hysterical!’

‘Sense of humour is on point,’ a second wrote. ‘You have the best posts, love the dissection of the photo!’

Another said: ‘@katebeckinsale I love that your filter is broken! Keep not taking life seriously. We all need to be more like you.’

The funny post comes after Kate became the focus of heightened attention, after she was spotted enjoying a passionate smooch with Jack Whitehall at a Los Angeles karaoke earlier this month.

The Hollywood actress and comedian Jack, 30, were seen in a steamy embrace as they partied the night away at the exclusive Blind Dragon nightclub. 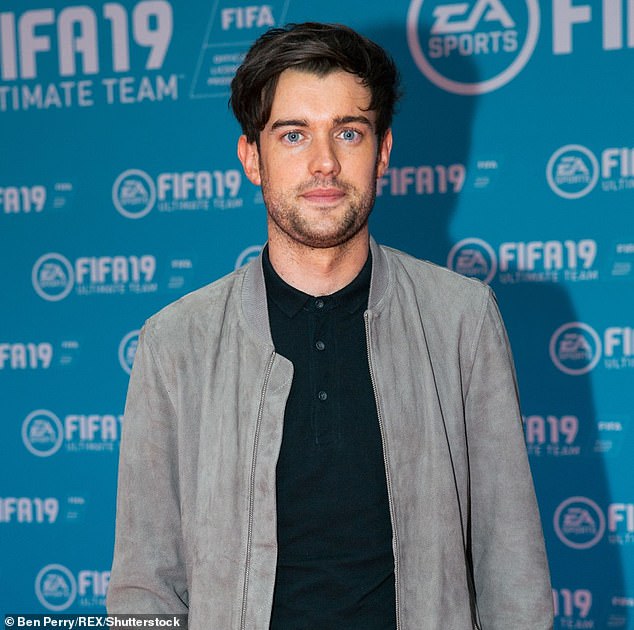 Lip lock: The actress was photographed kissing Jack Whitehall at a Los Angeles bar on Friday

During their date night, Kate was seen relaxing into Jack as he wrapped his arm around her lovingly to hold her close to him.

As the evening progressed, the pair put on a loved-up display as Jack placed a kiss on Kate’s head in a loving way.

The actress was later seen lounging in front of him as they chatted to each other, before they gave each other a smooch.

Kate and Jack then fell into the throes of romance as they shared a passionate kiss, and the actress could be seen draping one arm across his shoulder as she placed her other hand on his chest. 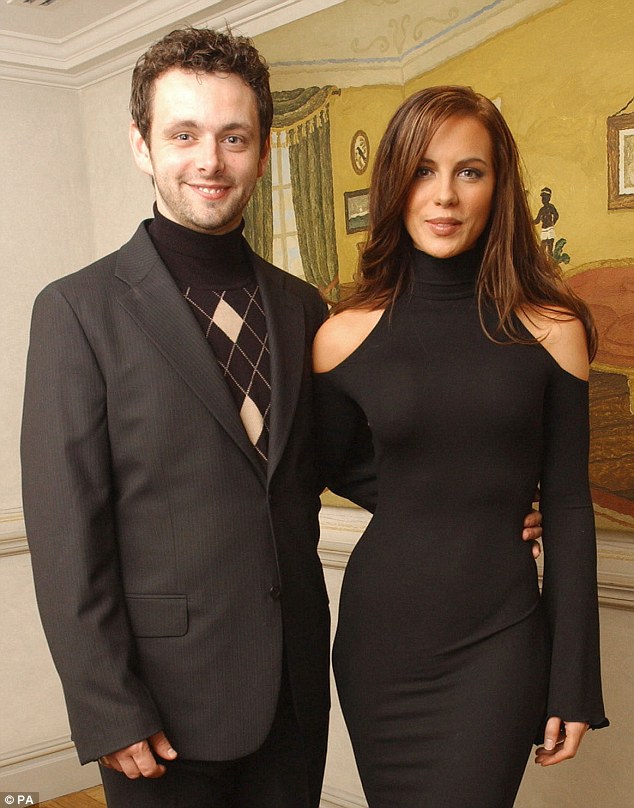 The ex factor: The screen star was in an eight-year relationship with Michael Sheen until 2005

Earlier that night, the pair dined at celeb hotspot Craig’s in West Hollywood, but left separately – likely to avoid being photographed together.

They then reconvened at the karaoke lounge, where they were seen laughing and joking around with each other before their passionate display.

Following their date, the pair were pictured heading back to a £2,000-a-night West Hollywood hotel together.

An onlooker told : ‘They were like a pair of loved-up teenagers and weren’t trying to hide their feelings, they were practically sitting on top of each other in the booth of the nightclub and were laughing with each other. 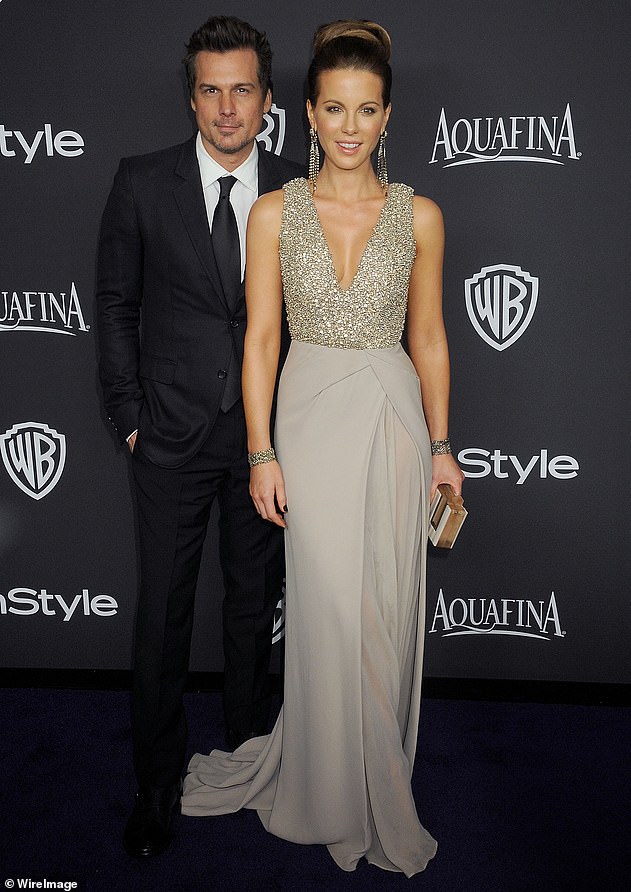 Split: Kate divorced director Len Wiseman in 2016 and has a daughter Lily from her relationship with Welsh actor Michael Sheen

‘Kate rested her hand on Jack’s shoulder and she kept laughing and smiling at his jokes, as the night progressed, he seemed to be growing in confidence and put his arm around her and gave her a hug.

‘Then he decided to put his hand around the back of Kate’s neck and pulled her across him, where they started to passionately kiss.’

Kate divorced director Len Wiseman in 2016 after 12 years of marriage. She has previously been linked with on-off American toyboy Matt Rife.

She has a 19-year-old daughter Lily with her former husband, the actor Michael Sheen, 49, who she split from in 2003.

Jack meanwhile was in a relationship with actress Gemma Chan, 35, but the pair called time on their relationship after six years together in 2017. 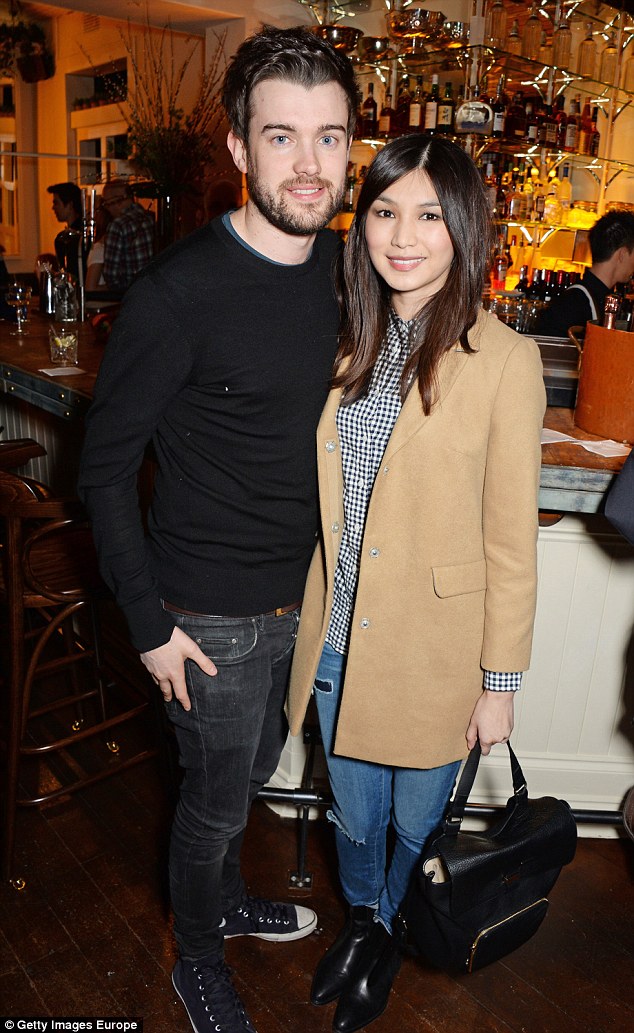 Relationship: Jack was in a relationship with actress Gemma Chan, 35, but the pair called time on their relationship after six years together in 2017