A brutal cold snap off the coast of Cape Cod in Massachusetts has led to a staggering number of sea turtles freezing to death in New England waters this year.

Approximately 190 turtles died as a ‘once in a lifetime weather system’ of powerful winds, freezing temperatures and a high tide worked to incapacitate the sea creatures in the past few days, the Massachusetts Audubon Society told

The record-breaking blast of arctic air in the New England region brought single-digit temperatures overnight on Thursday in the Cape Cod area. 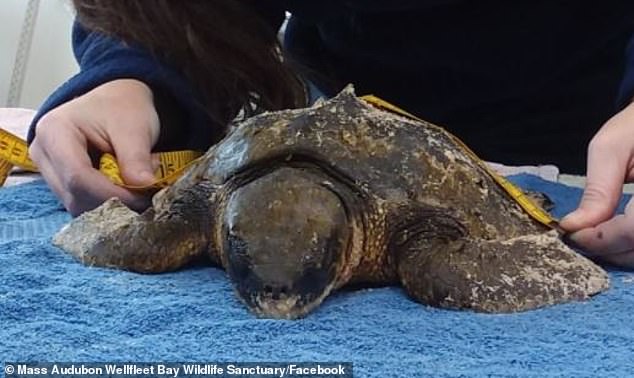 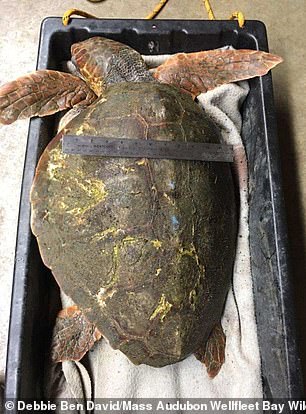 A turtle rescued off Martha’s Vineyard on November 19

The Thanksgiving water temperatures were in the upper 40 degree range, Jenette Kerr of the Massachusetts Audubon’s Wellfleet Bay Wildlife Sanctuary said to the .

Sea turtles become stunned and unable to navigate there way through the water once temperatures drop below 50 degrees.

‘It was like they were flash-frozen, flippers in all weird positions like they were swimming,’ said Robert Prescott, director of Massachusetts Audubon Society’s Wellfleet Bay Wildlife Sanctuary, said to the .

Of the 82 turtles found on Thanksgiving, only one survived. Most of them were juvenile Kemp’s ridley, the most endangered, and smallest, species of tropical sea turtles, with some green and loggerhead turtles as well.

Climate change may be the culprit in the sheer number of sea turtles trapped by the rapid shift in weather. 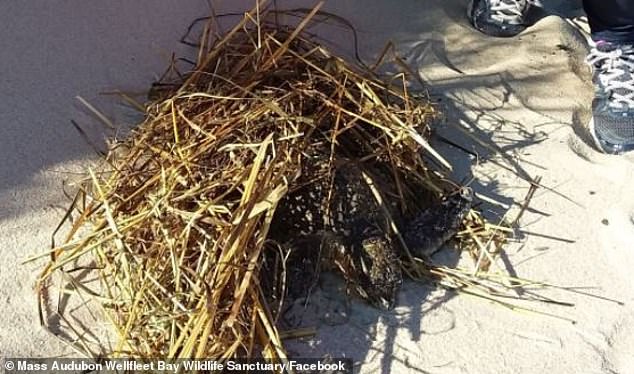 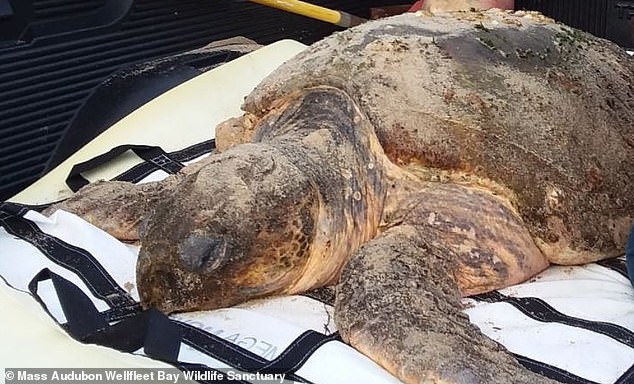 ‘Sea turtles are moving further north along our coast, or south to the southern hemisphere, as waters are warming and they are expanding their ranges,’ Wallace J. Nichols of the California Academy of Sciences, told NBC. ‘So when we get these quick swings from warm to cooler, the turtles that haven’t made it south definitely get into trouble.’

Robert Prescott would agree, telling the Cape Cod Times that warming trends in the Gulf of Maine are likely keeping sea turtles around longer, and with 500 turtles already rescued this year, already beyond the average, he expects 1,000 to need help by Christmas time. 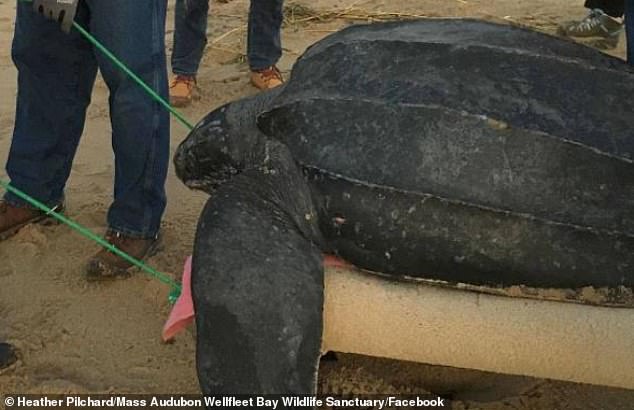