An elderly man in a South Carolina became aggressive with a cyclist riding in a velomobile.

The argument escalated and the man pulled a gun on the cyclist and it was all caught on camera.

The elderly man ordered the cyclist, Dana Thompson, to remain in his vehicle, but the Thompson did not listen to the man, telling him instead ‘I do what I want.’

That is when the elderly man became frustrated and pulled out a gun on Thompson. 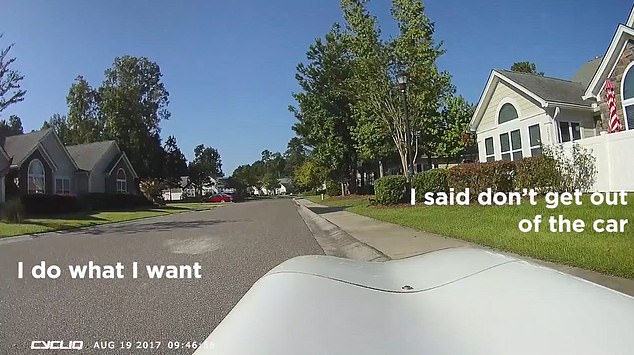 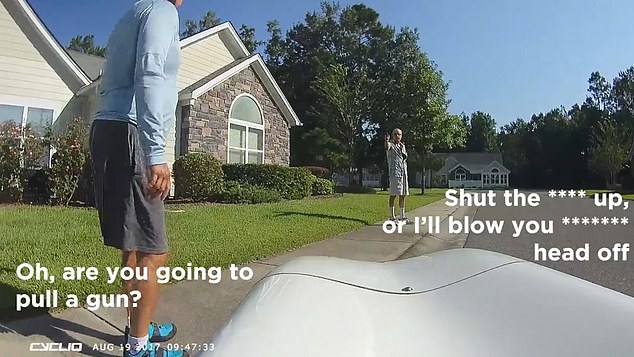 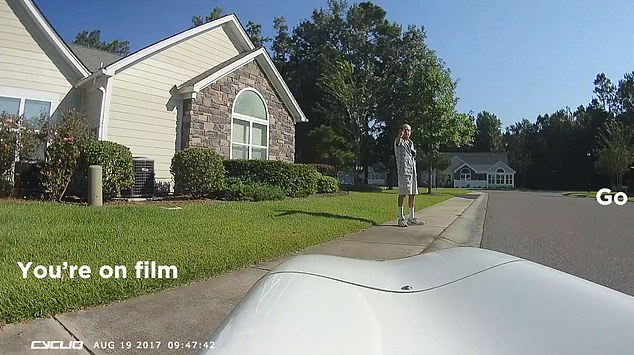 Once the cyclist tells the man he is being filmed- he starts to back down and tries to walk away, however the cyclist follows him and calls the police- its unclear if there were any arrests

The cyclist was using Cycliq Fly 12 camera, which recorded the entire bizarre incident.

The man eventually backs down and tries to walk away, but only after Thompson alerts him that he is being recorded.

The cyclist begins following him in his Velomobile while calling the police.

It is unclear if the elderly man was ultimately arrested.

Unimaginable video considered 'earliest color movie' of London
Tennessee couple are charged with harboring accused murderer during manhunt
El Chapo's texts reveal threats to mistress who says he warned how FAMILY who betrayed him would die
Teenage girl, 16, who was pushed off a bridge describes long recovery
Two of France's top rappers will settle dispute in £1.75million cage fight
Cluster of COVID-19 cases in California are traced to post-lockdown party without face masks
One of the four ex-cops charged in George Floyd's 'murder' is confronted by a furious shopper
Construction worker's family sue employer after he fell to death