Excited shopaholics have already begun queuing outside an Amazon shop which has slashed the prices of goods and gadgets for Christmas as Black Friday begins a whole day early.

The pop-up shop in London’s Shoreditch opened at 12.30pm but by early afternoon had already attracted bargain hunters in their droves.

Scores of savvy shoppers descended on the temporary store and formed a long line which snaked down the Shoreditch street on Thursday to pick up festive freebies and cut price Christmas presents.

The shop which has exclusive bargains over multiple floors will be open for an entire 24 hours on Friday, and on Saturday and Sunday afternoons.

Elsewhere in London, on Oxford Street, the pavements were packed with shoppers clutching bags loaded with presents. 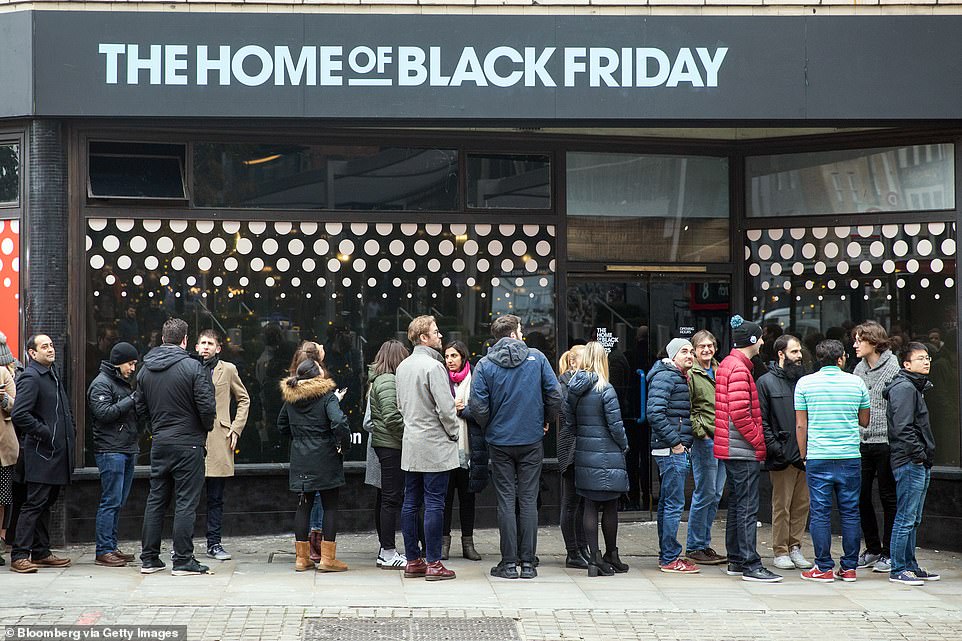 Bargain hunters are expected to spend £13.4 million per minute on , but high street and online retailers have already slashed prices.

But shoppers are already filling their baskets – in shops and online – and are set to spend a further £8.29 billion over the four-day sales weekend.

The sale at popular gaming store Game was so eagerly anticipated the shop’s website crashed when deals went live at 6pm.

Social media is awash with memes and tweets from customers flaunting their purchases and joking about the bank accounts suffering before the official sales weekend even kicks off. 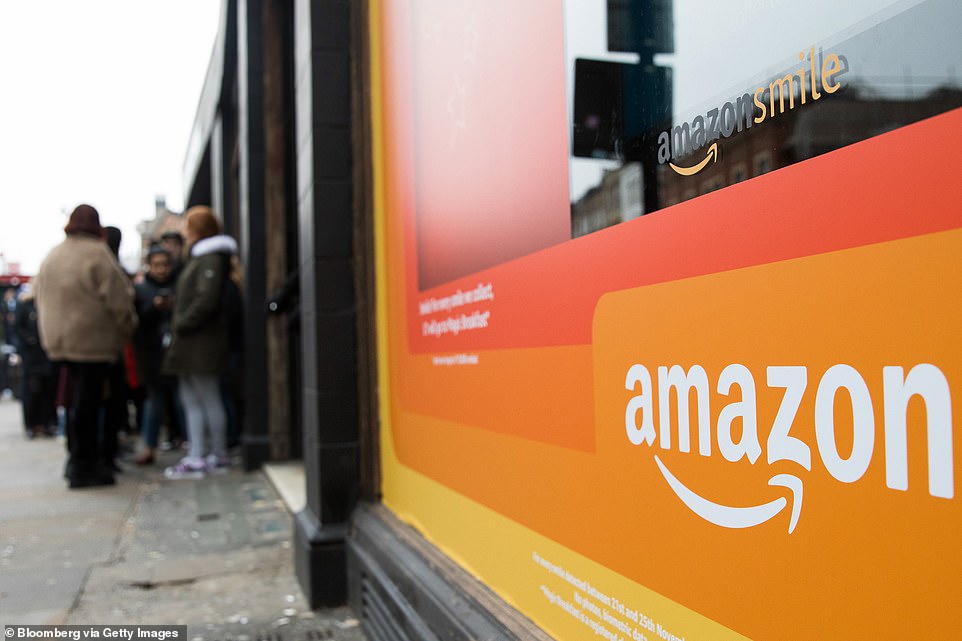 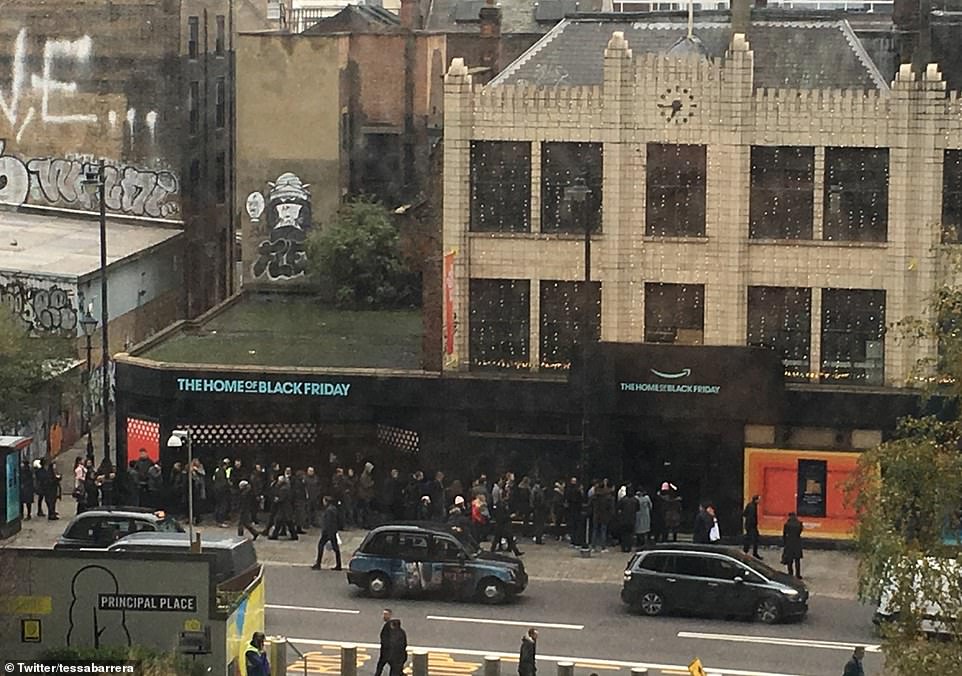 Black Thursday? Shoppers queued up along the street in Shoreditch to try and grab the best deals in Amazon’s pre Black Friday store which will be open over the weekend. It has eight floors and is promising cut price Christmas gifts 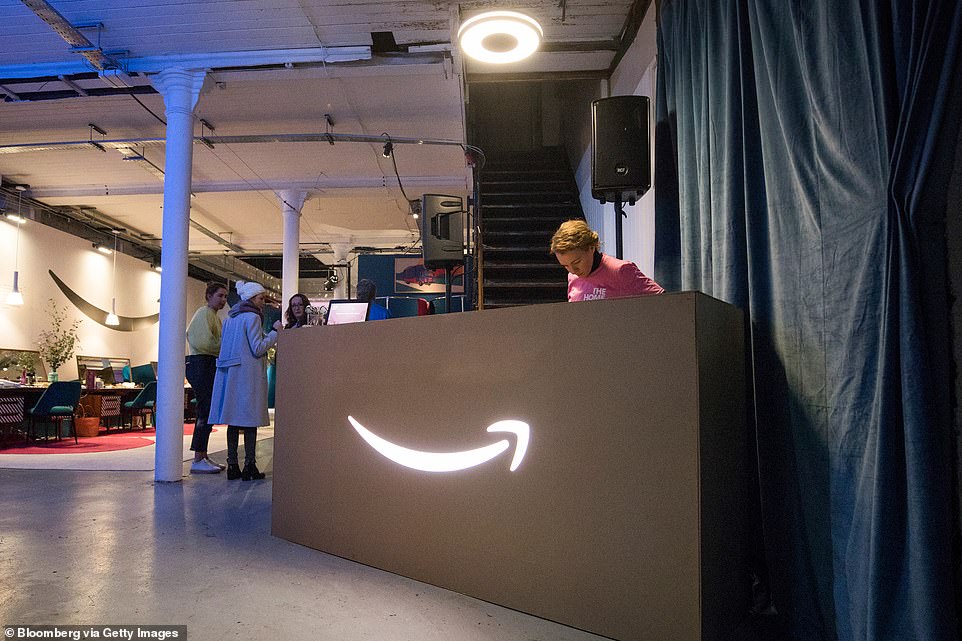 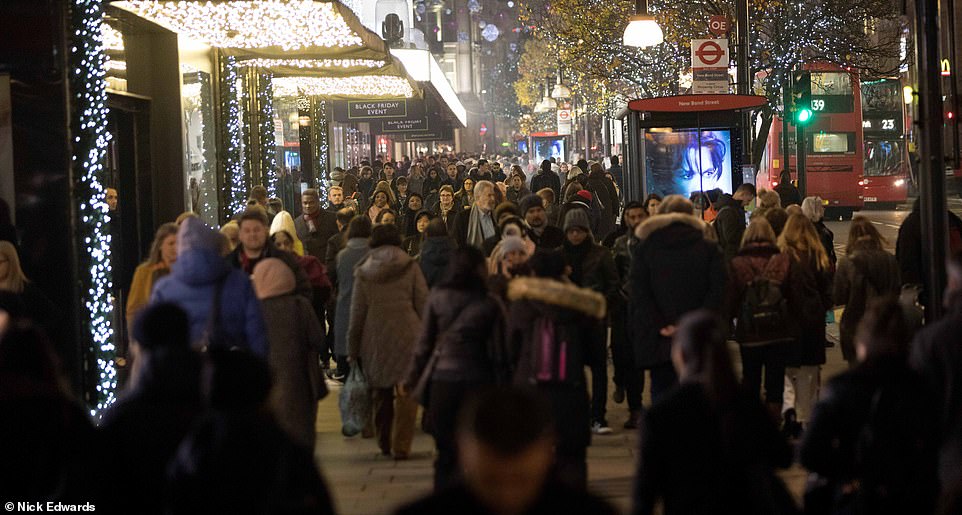 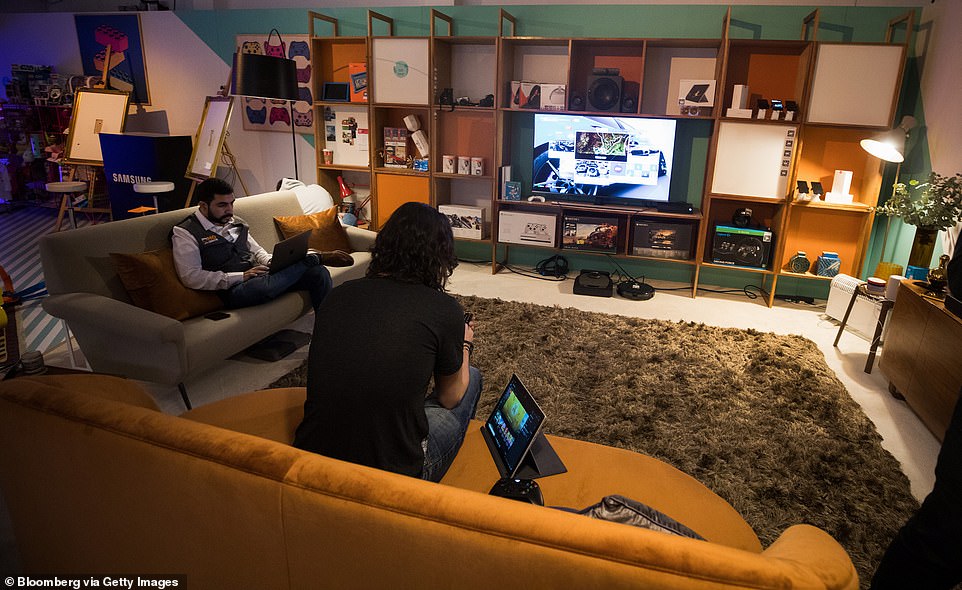 Visitors sit in home entertainment section at the Amazon.com Inc. pop up shop where they can test out the merchandise on sale at the store 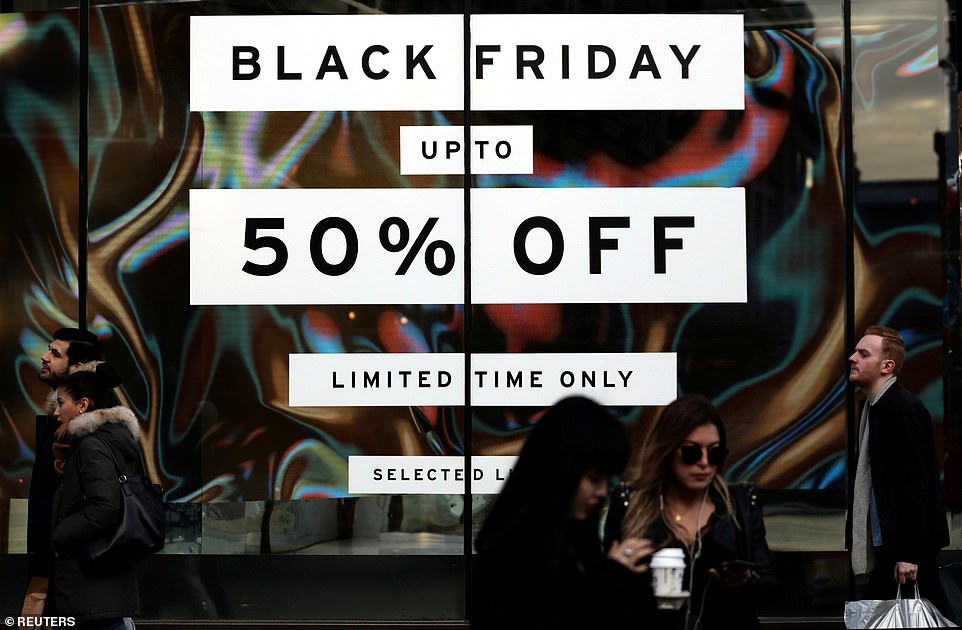 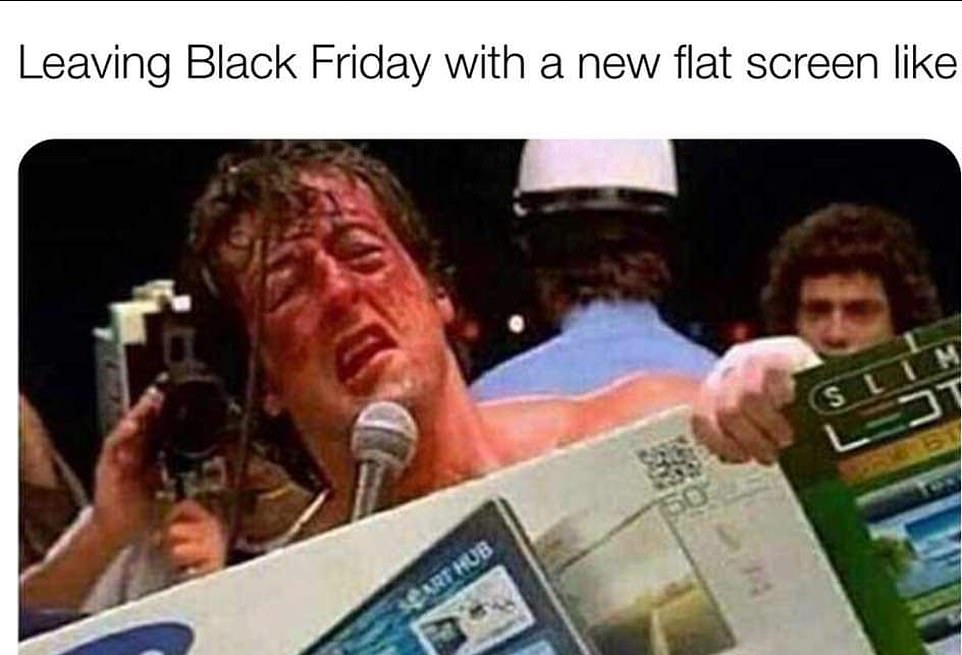 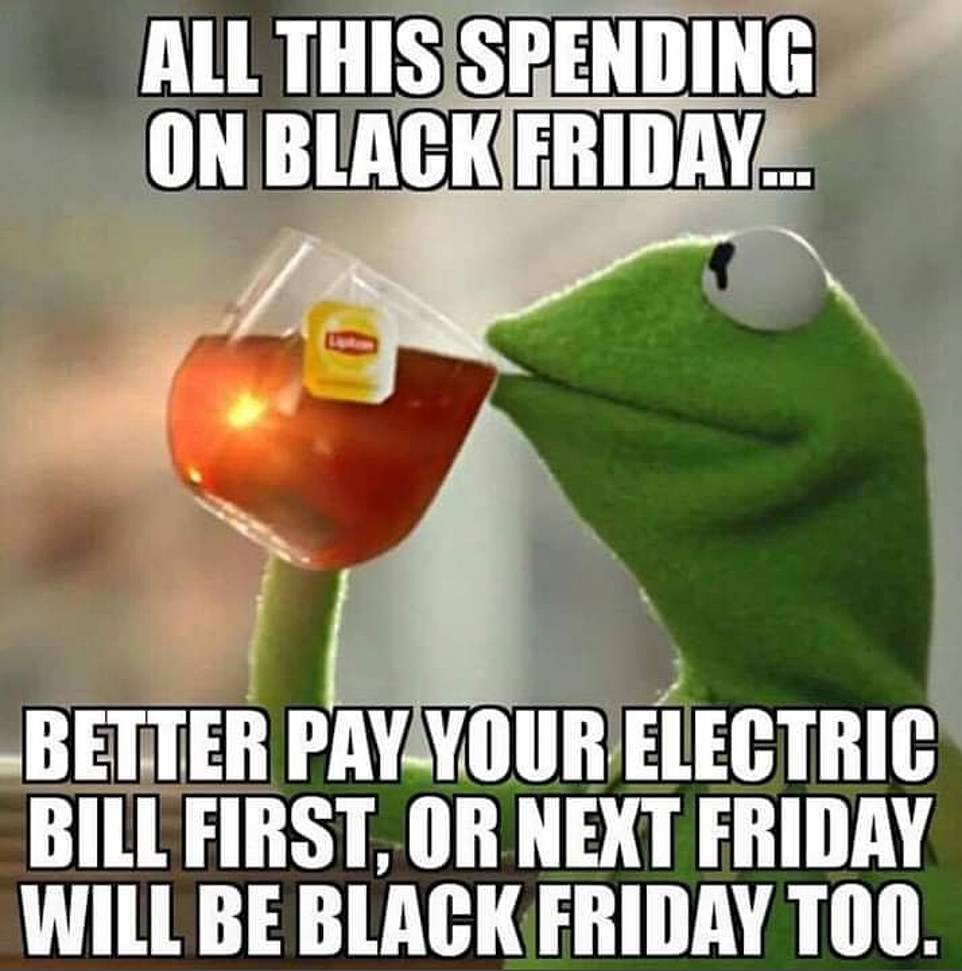 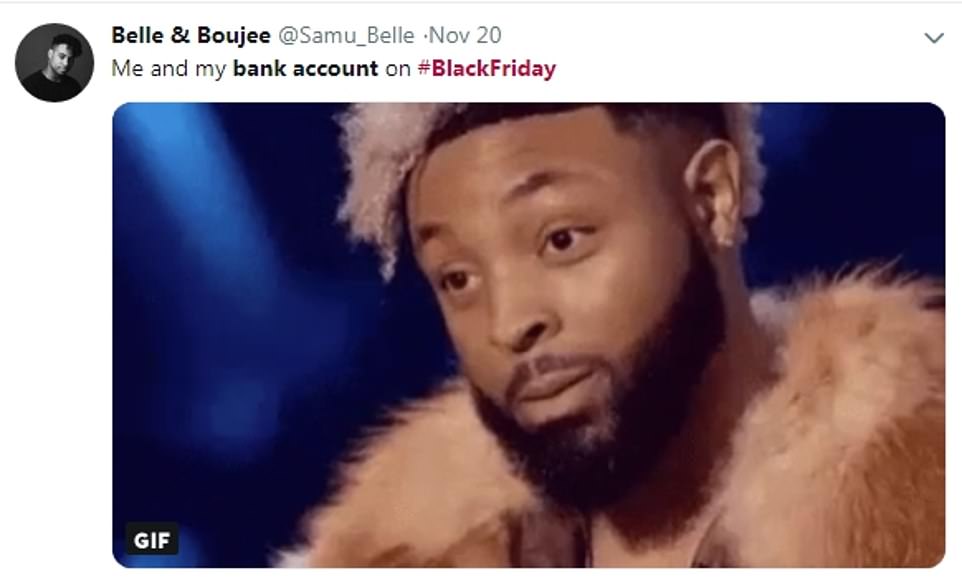 Black Friday tomorrow and sales are set to reach fever pitch on Cyber Monday as Brits splurge almost £2.96 billion on last-minute bargains at the end of the savings weekend.

A spokesman for Westfield – the biggest shopping centre in Europe following a £600million expansion – told MailOnline some 850,000 shoppers went to the centres in London over last year’s Black Friday, with similar figures expected this year.

The new research from VoucherCodes.co.uk and the Centre for Retail Research (CRR) reveals traditional high-street retailers are set to receive some £4.80bn in sales over the four-day spending spree – up three per cent on the £4.65 billion spent last year, as savvy shoppers brave the colder weather to snap up all the best bargains in-store.

Online shopping tills are also set to be ringing, with shoppers planning to spend £3.48 billion online, up a huge 11 per cent on the £3.13bn spent last year.

Figures reveal that spending over the Cyber Weekend has grown significantly over the last five years, with online and offline spend up 66 per cent and 68 per cent respectively since 2013.

In total, spending online and on the high street over those four days alone now accounts for 24 per cent of festive sales, compared to 14 per cent in 2013. 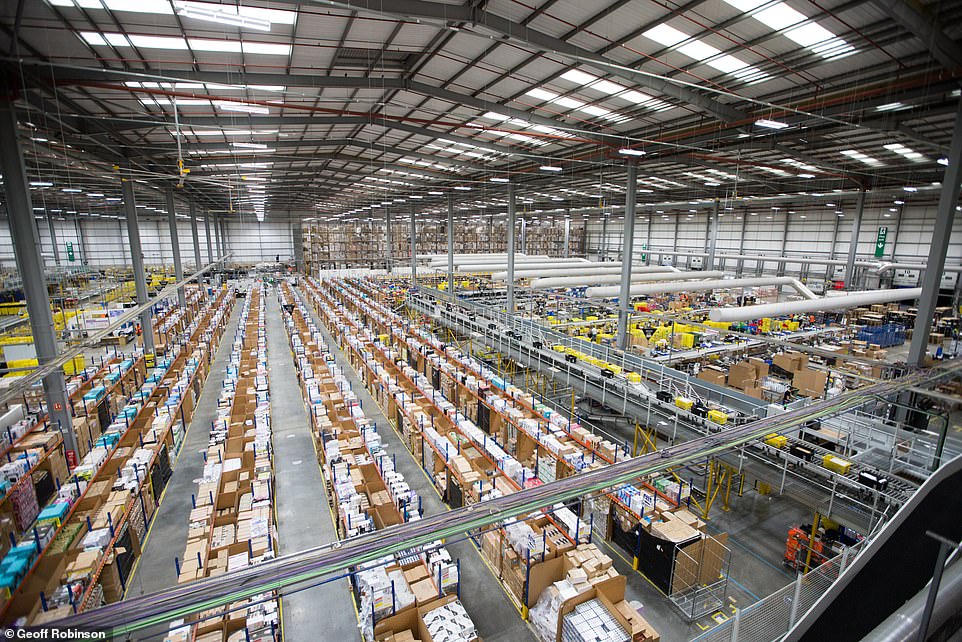 A collection of behind the scenes photographs of Amazon’s warehouse in Hemel Hempstead, Hertfordshire gives an insight into the scale of orders staff will handle over the next fortnight 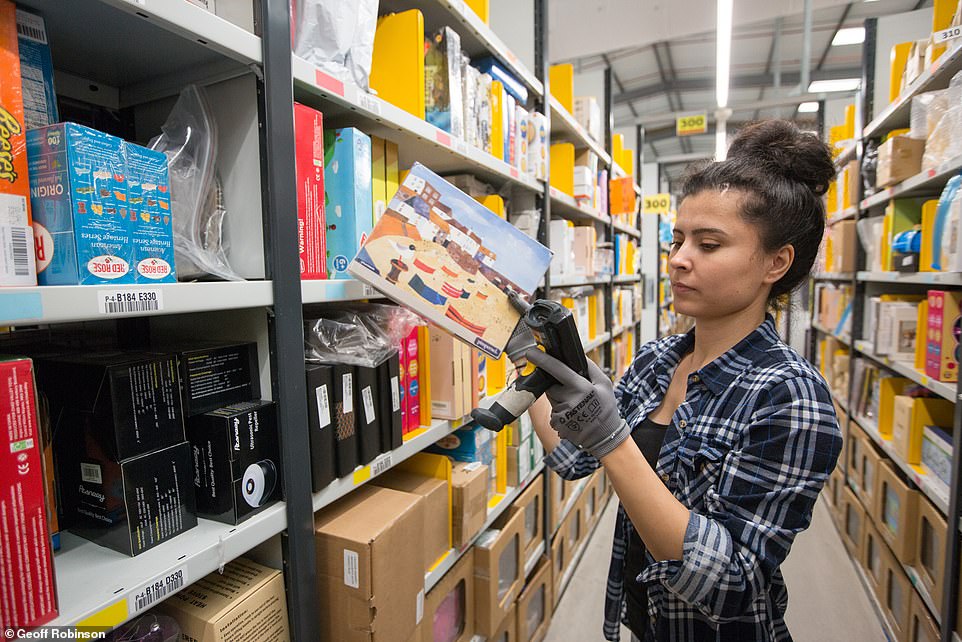 Black Friday is an American tradition, which falls on the day after Thanksgiving, and was adopted by the UK eight years ago.

Staff at Amazon have been busy picking and packing in their warehouses as they fulfil millions of Black Friday deals.

Workers at the Hemel Hempstead fulfilment centre in Hertfordshire have been working round the clock to send out bargains, snapped up by Brits in Amazon’s 10 days of Black Friday deals, which ends on Sunday.

Amazon has been offering more deals than ever before on thousands of Christmas must-haves.

The website has had new Deals of the Day every day, offering lower rates on Amazon devices, electronics, toys, fashion, sports and beauty.

There have also been thousands of ‘Lightning Deals’ – products available at a discount, in limited quantities, for a short period of time – with new deals becoming available as often as every five minutes. 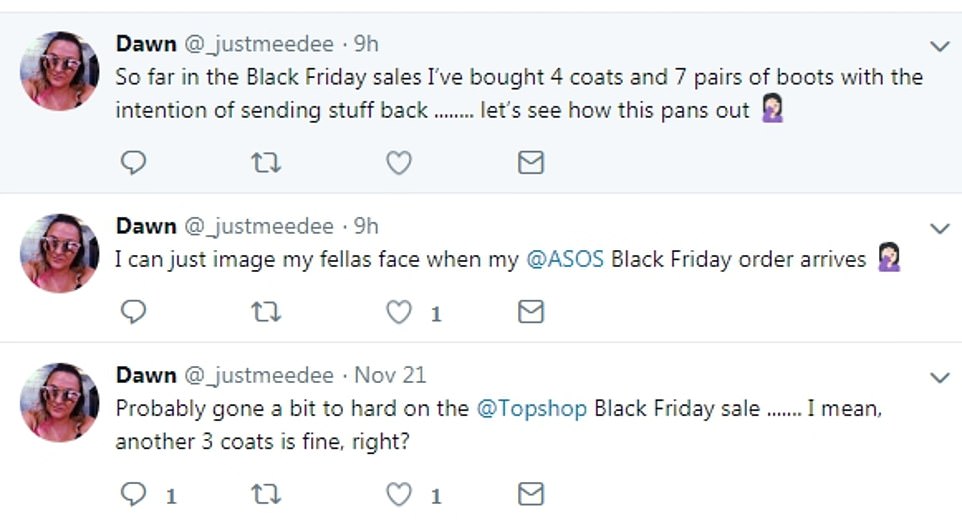 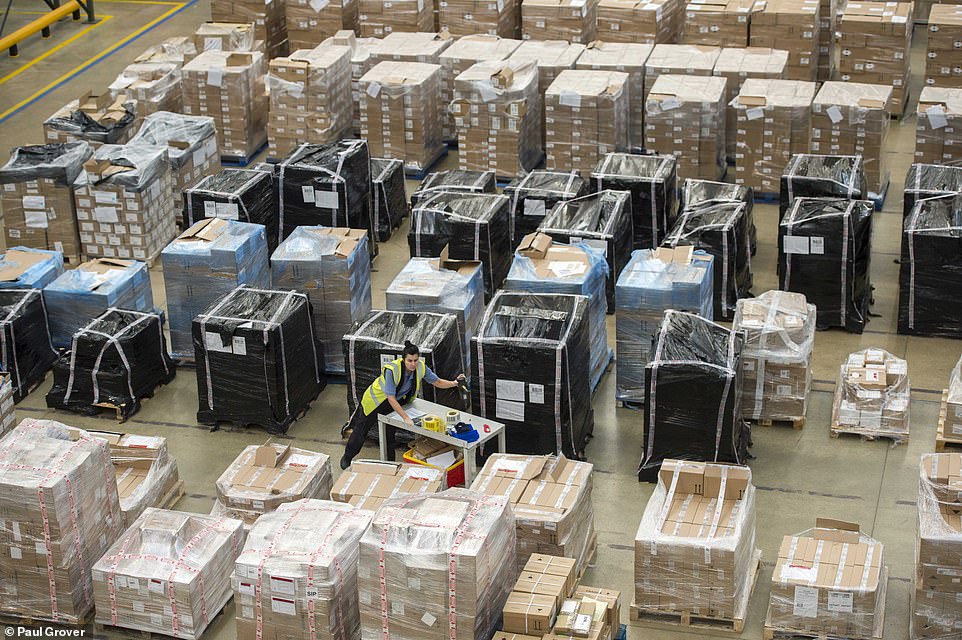 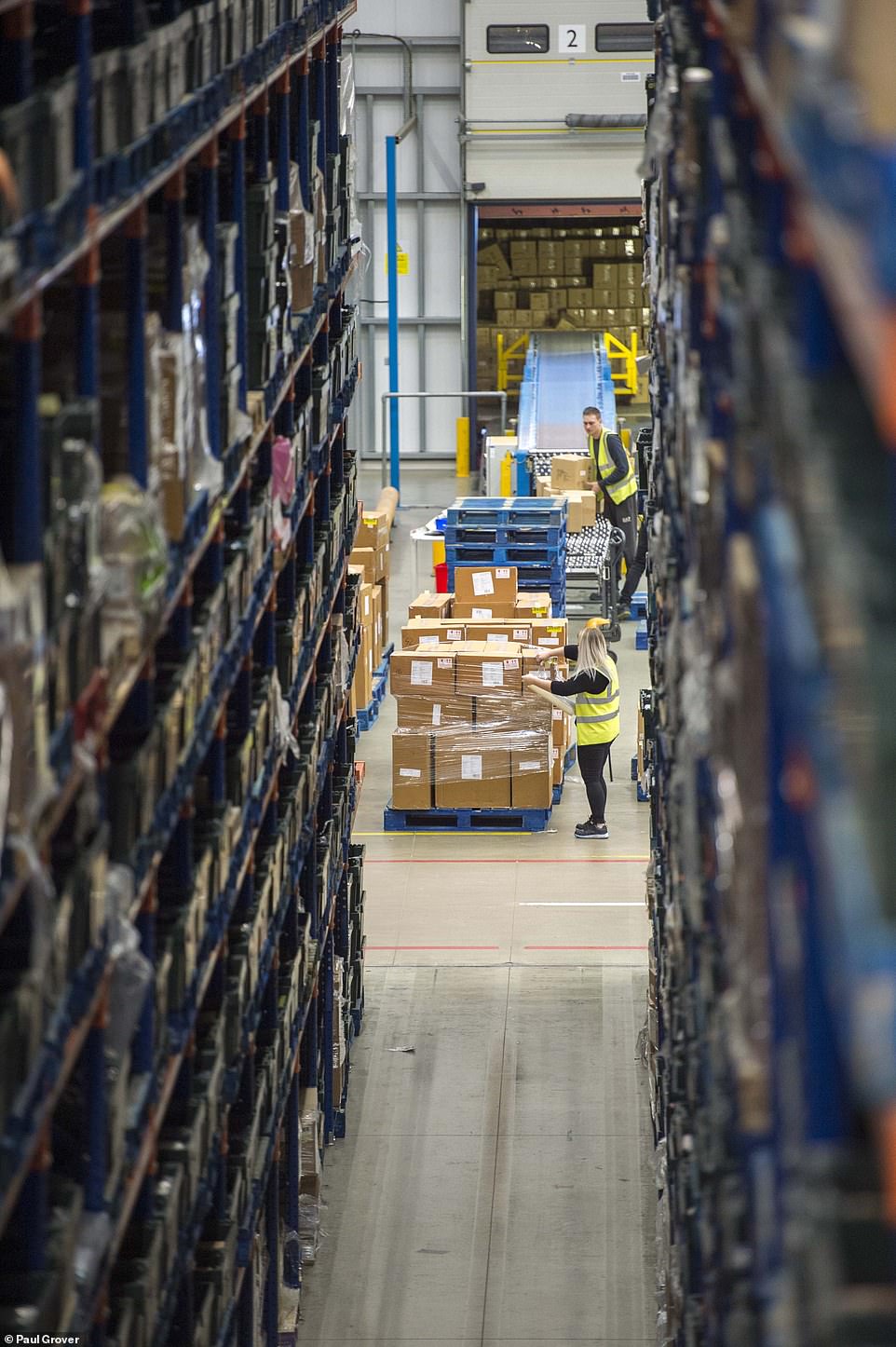 John Leiws has recruited an additional 3,000 people across it’s business, on a temporary basis, to ensure it can offer its usual level of service at its busiest time of the year

John Lewis & Partners is gearing up for Black Friday at it’s distribution centre outside Milton Keynes.

The retailer has recruited an additional 3,000 people across it’s business, on a temporary basis, at its busiest time of the year.

Gordon McKinnon, operations director at intu which runs Manchester’s Trafford Centre, told MailOnline: ‘It’s difficult to call how Black Friday will fare for the UK’s retailers this year, as it continues to evolve with each year that passes. One thing is for sure, Black Friday has grown into a longer term affair compared to previous years.

‘We’re working closely with our retailers who are telling us that they’re taking different approaches according to their customers’ tastes and business models.

‘Some are participating, others aren’t. Some are selectively discounting, others are launching their Christmas promotions to pull in the early festive shoppers. It is not a one-size fits all approach.

Davidson warns new Brexit poll would mean a second go on independence
What is Google+?
Saudi readies to boost supplies over Iran oil sanctions
Teenagers set themselves on FIRE as part of a new social media 'challenge'
Average council tax bills set to soar by up to £107 a year
Australian tourist, 43, holidaying in Thailand with friends is stabbed repeatedly by a crazed man
Boris's gamble is paying off as Tory lead over Labour nearly DOUBLES in three weeks
Paul McCartney commemorates late wife Linda's talent for photography as he releases unseen photos