Legendary DJ Tony Blackburn was kicked in the head and bloodied as he fought off three muggers during a terrifying ordeal.

The 75-year-old former disc jockey revealed yesterday how he was attacked by a gang trying to steal his phone while walking the streets of .

He was pushed to the floor and battered but the resilient broadcaster managed to fight them off and they fled with nothing. 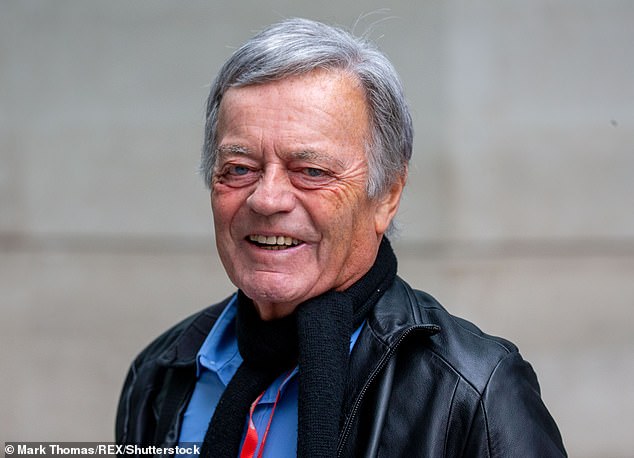 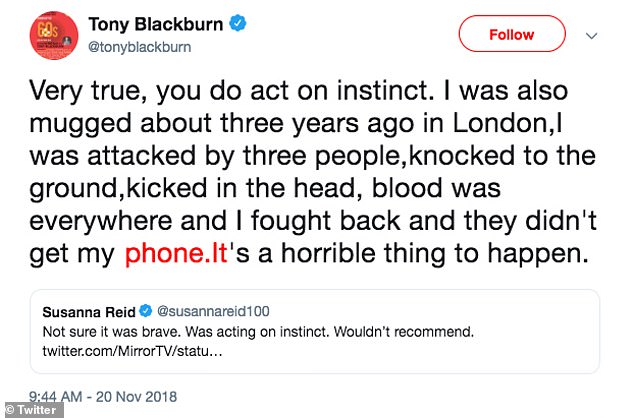 Blackburn said he was mugged three years in London

Blackburn revealed his own attack as he praised Good Morning Britain host Susanna Reid for chasing a mugger who stole her handbag at knife-point in Brixton, South London.

Following the debate on how witnesses are more likely to film a shocking incident rather than intervene, Reid tweeted: ‘Not sure it was brave. Was acting on instinct.’

He replied: ‘Very true. You do act on instinct. I was mugged about three years ago in London.

‘I was attacked by three people, knocked to the ground, kicked in the head, blood was everywhere.

‘And I fought back and they didn’t get my phone. It’s a horrible thing to happen.’

Mr Blackburn did not disclose on Twitter whether the muggers were arrested by police. 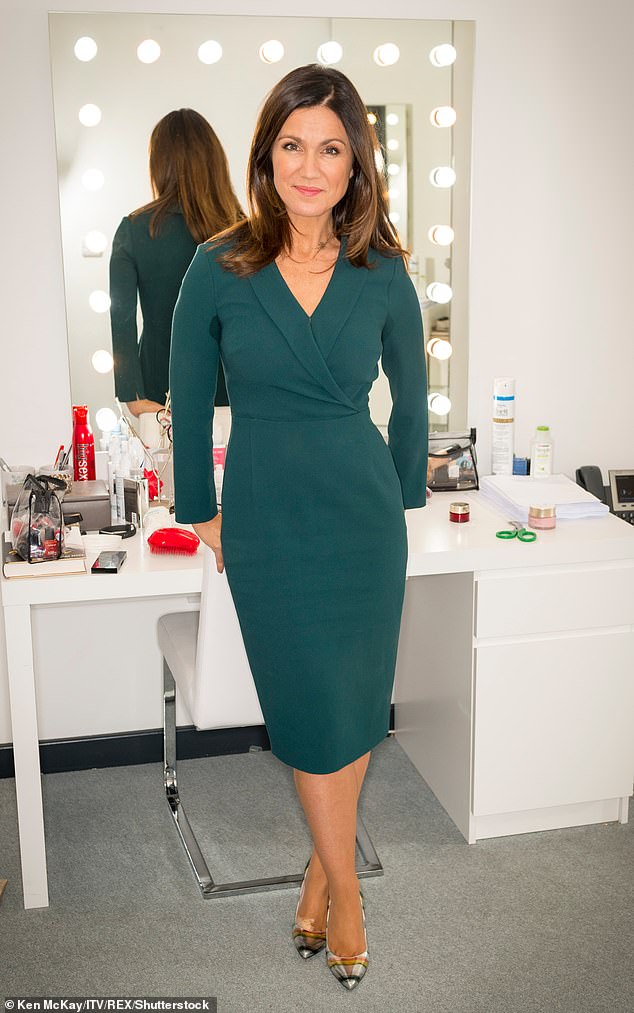 Susanna Reid revealed she was mugged in Brixton, South London