Welsh actor Robert Blythe has passed away aged 71 after a long illness.

Christian Patterson, who was alongside the star in the Clwyd Theatr Cymru company in 1997, announced: ‘Bob was a wonderful actor and a wonderful man…. I have starred in many productions with him, and he was an incredibly funny man…

‘You know if you were going to be in his company, you were going to end up laughing hysterically. He was the type of man who would buy a watch from a man in a pub, and then wonder why it had broken a week later. He was just hilarous.’ 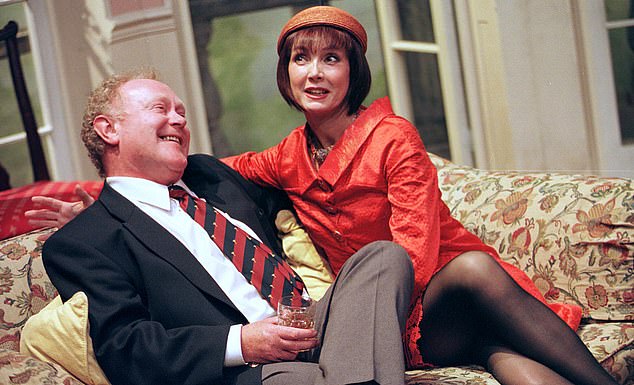 Robert was best known in his native country for his starring role as Richard ‘Fagin’ Hepplewhite in Welsh sitcom from 2002 to 2008.

He starred in an episode of Little Britain in 2004 while also appearing in a host of episodes of The Bill between 1991-2004.

Tributes soon flooded in for the actor, proving his love all over the acting world.

Fans took to Twitter to pen: ‘High Hopes was one of the first sitcoms I ever watched when I “discovered” comedy and Robert Blythe was a huge part of my love of the show. So sad to hear about his death… 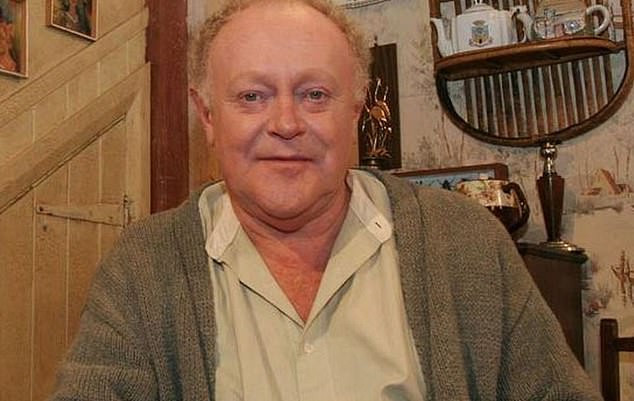 RIP: Christian Patterson, who was alongside the star in the Clwyd Theatr Cymru company in 1997, announced: ‘Bob was a wonderful actor and a wonderful man’

‘Sad news he was great in high hopes… Sad news. I was a big fan of High Hopes… Such sad news to hear that Robert Blythe has passed away…

‘At least he gets to see Mrs Hepplewhite again. #RIP… The late Robert Blythe as the irrepressible Fagin – a good time to watch some episodes (recently added to iPlayer during the ‘Festival of Funny’ season)’.

Steven Meo, an associate artist with Clwyd Theatr Cymru and starred alongside Blythe in The Taming of the Shrew, said: ‘What a man. He had been ill for a while, but when you hear the news it still takes the wind out of your sails.

“He was a really easy man to make laugh, and laughter was always close to the surface with him. He was great fun, and together we were always the last to leave a party. I had some of the best years of my life working with him.

BBC gives Strictly champion Stacey Dooley coveted host role for the New Year's Eve concert
Teenage British brother and sister who died in Sri Lanka's Easter Sunday attacks to be buried
Mother 'starved for 12 years by her twisted husband' who wanted size zero wife
Italian PM Giuseppe Conte visits Venice
Video appears to show 'surface to air missile' hitting Ukrainian plane moments before it crashed
Prince Charles travels to Oman to attend the first of three days of mourning for Sultan Qaboos
Celeb lookalikes can earn up to £300 a gig - so can ANYONE become one? FEMAIL investigates
US travel ban on Europe 'is set to be extended to the UK and Ireland on Monday night'