A young couple were killed in an -fuelled car crash on their way home from their first date drinking wine and cocktails.

An inquest heard another motorist could only see Tim in the front of the car as it shot past on the M4 near Bridgend.

Seconds later the BMW ‘veered sharply’ off the road and crashed into a tree killing the couple. 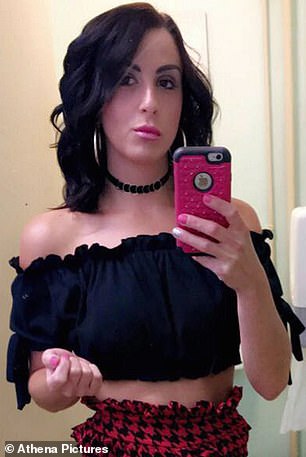 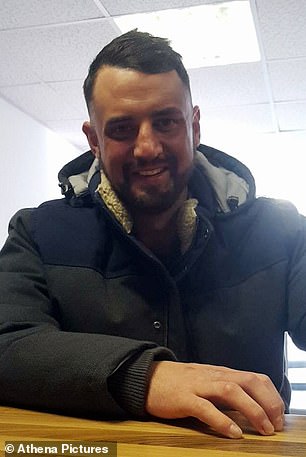 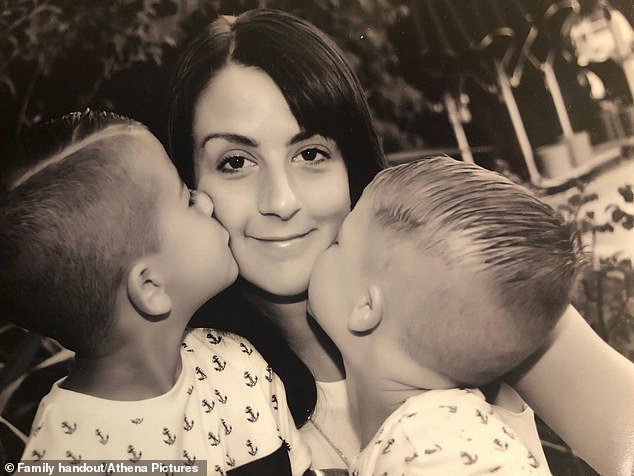 Ms Thomas with her sons Harley, nine, and Jason, six

The hearing heard that whatever caused the car to veer off the road would remain a mystery.

The inquest heard father-of-two Mr Grace had not passed his driving test and had just a provisional licence and no insurance.

Window cleaner Mr Grace  asked hairdresser Ms Thomas out on a date after seeing her at work in the salon below his flat.

He had told his family he had met a ‘nice, lovely girl’.

The couple went to a Miller and Carter steakhouse for a lunchtime date in Cardiff where they ordered two bottles of Chardonnay and three cocktails.

Waiter Louis Baker told the hearing: ‘I got the impression the man was drinking the wine and the woman the cocktails.

‘The man ordered a second bottle of wine and I mentioned it to my manager because they hadn’t been in for very long.’

The inquest heard the couple ‘appeared drunk’ after ordering more cocktails at the Grosvenor Casino in Cardiff Bay, where staff considered not serving them.

Ms Thomas, (pictured) of Penlan, Swansea, died of multiple injuries at the scene

They were driving home to Swansea in perfect weather conditions when the BMW X5 crashed at 3pm on June 12.

‘I could see the driver in a white T shirt but I didn’t see any passengers in the car.

‘The car suddenly swerved sharply to the left, it was as if the steering wheel lock had been applied.

‘There was no breaking, no skidding, the driver did not appear to react.’

He said: ‘It passed me as if I was stationary, it was as if the BMW was maxed out and could not go any faster. 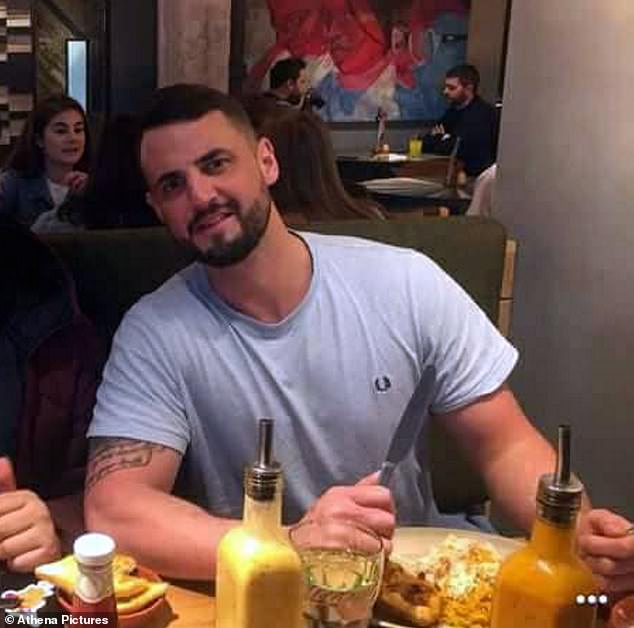 ‘The BMW veered left as if there was a loss of concentration.’

Investigating officer Pc Alun Efstathiou told the hearing: Tim would have faced charges if he had survived the accident.

‘He was a learner driver with no third party insurance.’

The inquest heard Tim was convicted of driving without a licence and insurance eight months before the tragic crash on the M4 near Bridgend.

A friend of Tim’s told police he ‘sounded drunk’ during a phone call made before the couple set off on their journey home.

The inquest heard the BMW, which was not displaying L-plates, was in a near miss with another car after Tim performed a dangerous manoeuvre joining the motorway.

Pc Carlo Vaquerizo said no other vehicle was involved when the dark grey BMW left the road in excess of 95mph.

Ms Thomas, of Penlan, Swansea, died of multiple injuries at the scene from ‘particularly devastating’ spinal injuries – Mr Grace died of a traumatic brain injury in hospital the next day.

Ms Thomas had sons Harley, nine, and Jason, six. She was described by heartbroken friends as an ‘amazing girl’ and ‘fantastic mother’.

The inquest, in Pontypridd, heard his heart, liver and both kidneys were used in transplant operations.

Post mortem tests showed Mr Grace, of Treboeth, Swansea, was almost twice the drink drive limit at the time of the crash.

He had also taken prescription diazepam for depression.

Ms Thomas’s alcohol levels were under the legal limit. Both were wearing seat belts at the time of the crash.

Coroner Graham Hughes said whatever caused the car to veer off the road would remain a mystery.

He said: ‘There is no direct reason as to why Tim’s vehicle manoeuvred in the way it did.

‘Something we will never know caused the vehicle to swerve sharply, leave the carriageway and hit a tree.

The coroner recorded verdicts that Mr Grace and Ms Thomas died in a road traffic accident contributed to by alcohol.

Mr Grace’s mother Gillian Grace said at the conclusion: ‘We are very sorry.’