A pub crawl caused chaos in a quiet Norfolk town when a hazardous chemicals squad rushed in to inspect mysterious powder strewn across the streets.

Fearing another chemical weapons attack like the one seen 185 miles away in Salisbury earlier this year, panicked residents called police to King’s Lynn town centre on Saturday afternoon when they spotted mysterious white lines.

Confusing the powder with cocaine – or chemicals – shoppers hurried away in a panic.

However, after tests by an environmental protection team, it was found the mysterious substance was in fact cornflour.

Police issued descriptions of a man on a bicycle and a woman ‘in red’ they were hunting down in connection with the bizarre white lines.

However, after appeals on local news and social media, it later emerged they were completely innocent. 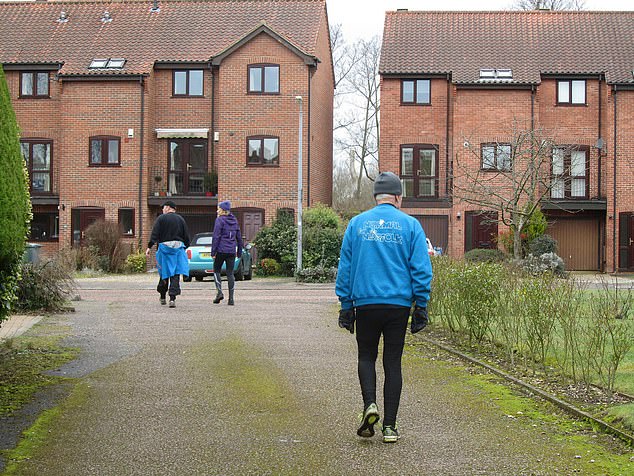 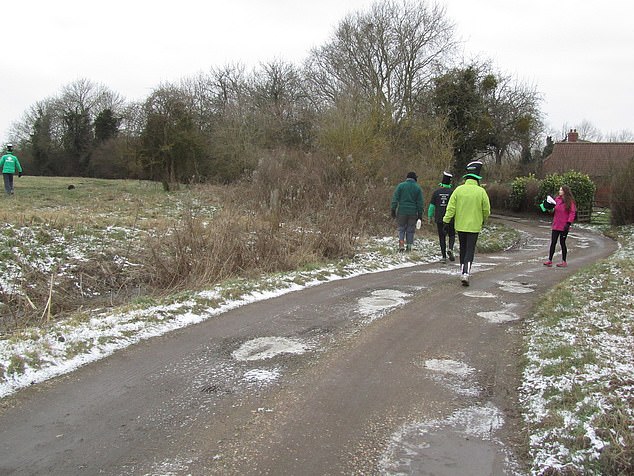 The Norfolk Hash House Harriers, a non-professional running club, came forward to say their members had in fact laid the lines as markers.

They wanted to show the fun run route through the town’s streets because they had invited 40 runners from Bicester, near Oxford, where were strangers to the area.

One of the fun run organisers, Bob Green, said: ‘It’s a harmless social activity, but the problem in this era of social media and after Salisbury, the general public is much more aware of substances in the streets.

‘We maybe need to communicate better with the police to avoid them sending out hazardous chemicals or other expensive emergency services.’

As soon as he heard Tuesday Market Place had been cordoned off, he called police to inform them the flour was harmless and explain why it had been placed around town.

The all-clear was given after an hour and the cordon was lifted, but the emergency response by police and the fire brigade cost hundreds of pounds and shopkeepers in the area were left counting the cost in lost trade.

The harriers describe themselves as a social group, who meet at a different pub for a run each week.

The fun run destination was the Stuart House Hotel, in Goodwins Road, and flour trails were left in a number of places including the market place, The Walks and South Quay to mark the five-mile route.

The flour was lifted by the handful from a plastic shopping bad and scattered on the pavements by Dave Armes, landlord at the hotel, who has been taking part in ‘hash runs’ since the 1980s.

He said today: ‘We all apologise for any inconvenience caused.’ 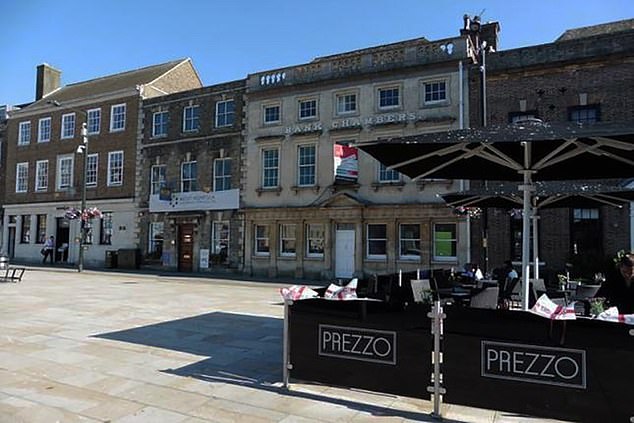 Referring to the expensively-manned major emergency and the town centre being sealed off, he said: ‘That was completely over the top, it was a lot of fuss about nothing.

‘But for those people who didn’t know what it was, it was understandable’ he admitted.

‘I think it was really good that the public was being vigilant and reporting it, saying there’s something unusual here.’

A spokesman said ‘hares’ laid a trail, using ordinary kitchen flour, which the pack then had to follow.

He said: ‘The Hares resort to tactics designed to slow the front runners down and allow the back markers to catch up, so as to keep the group more or less together.

‘These tactics include false trails and checks, where the flour trail stops and the front runners are expected to shout ‘checking’ while trying to find where it re-starts. A cry of ‘on on’ tells the rest of the pack that the trail has been found.’

In March, former Soviet spy Sergei Skripal, 66, and his 33-year-old daughter, Yulia, were poisoned by the nerve agent Novichok which had left on the door of Mr Skripal’s home in Salisbury, Wiltshire.

In June, Dawn Sturgess and her partner Charlie Rowley were exposed to the agent in nearby Amesbury. Ms Sturgess died the following month.