The game clock may have run out days ago, but this weekend’s Harvard-Yale football game is seemingly still under review.

The Crimson’s running back Devin Darrington was penalized for unsportsmanlike conduct during Saturday’s game at Boston’s Fenway Park after he appeared to flash his middle finger at Yale defensive back Rodney Thomas II as he ran into the end zone.

While video of Darrington proudly holding a single digit in the air was immediately perceived by officials and commentators as the player ‘flipping the bird’ during the heated rivalry game – a photograph from the field paints a much more innocent picture.

An image captured by photographer for the Harvard Crimson student paper quite clearly shows Darrington is actually extending his index finger, the universal sign for ‘We’re number one.’ 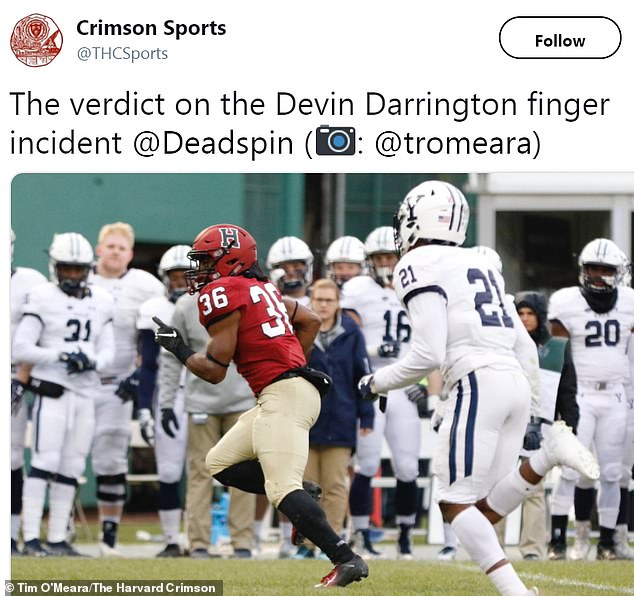 A new photograph shows Harvard running back Devin Darrington was holding up his index finger, not him middle finger, during a game against Yale on Saturday in Boston. The sophomore was penalized after officials mistakenly interpreted his gesture as obscene 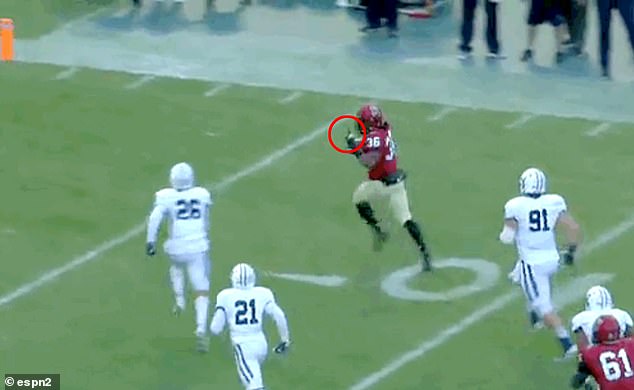 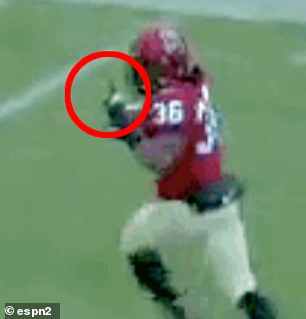 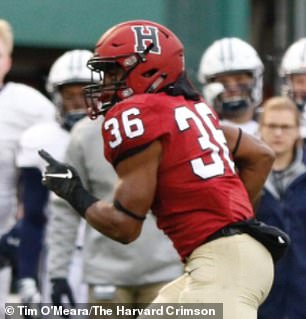 In the video grab at left Darrington appears to be ‘flipping the bird’ at his opponent. However, the photograph at right from Harvard Crimson photographer Tim O’Meara shows the player is actually holding up his index finger, the universal sign for ‘We’re number one’

Photographer Tim O’Meara said: ‘It was cool to realize for the first time that something I’d seen all over the sports media was not as it seemed.’

The falsely- interpreted obscene gesture made during Darrington’s 27-yard run cost Harvard the would-be fourth-quarter touchdown, and the Crimson had to settle for a field goal instead, which put them up 31-27.

Darrington kept his head in the game after the unfortunate call and went on to make several smart plays that lead his team to a 45-27 victory.

The sophomore finished with two touchdowns and 91 yards on nine carries.

After the unsportsmanlike conduct call was made, Harvard coach Tim Murphy said: ‘The bottom line is: He was wrong. He was wrong. It’s that simple. It was the right call; he was wrong.

‘I’m just so grateful to our team that he didn’t have to learn that the absolute hard way of trying to live with that for a year or however many years.’

It does not appear that Murphy, Harvard or the NCAA has made a comment about the newly emerged photograph. 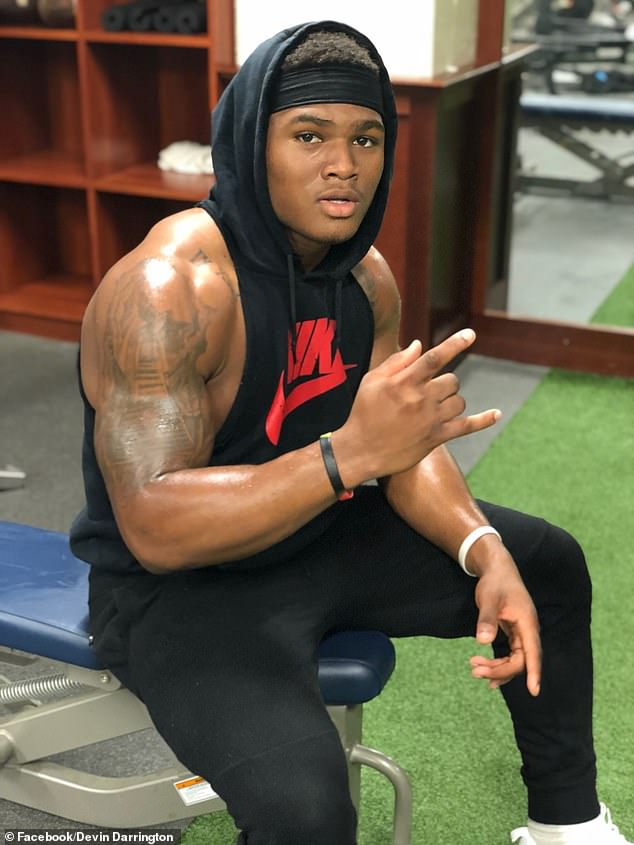 Darrington (pictured) went on to score two touchdowns, leading his team to a 47-27 win