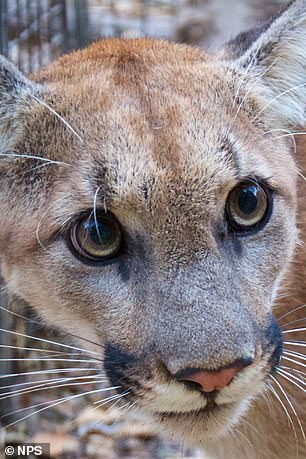 The National Park Service says all but one of 13 mountain lions being tracked in Southern mountains have been accounted for following a devastating wildfire.

As of Friday, the only missing mountain lion was one dubbed P-74, a young male born last year.

In addition, all four bobcats that the agency monitors via GPS have been located in the Santa Monica Mountains northwest of Los Angeles.

The blaze was 88 percent contained on Sunday and more evacuation orders have been lifted.

The Woolsey Fire destroyed 20,000 acres of the Santa Monica Mountains Recreational Area, according to the .

The fire has destroyed more than 80 percent of the land. It has burned through the native chaparral and coastal sage scrub.

The area now looks like ‘scorched earth’ and  a ‘moonscape,’ the National Park Service said.

Many of the mountain lions are monitored with radio collars that they wear. These collars transmit a GPS signal, enabling park officials to track their location.

While the mountain lions appear to have gotten lucky, the bobcats have not been as fortunate. 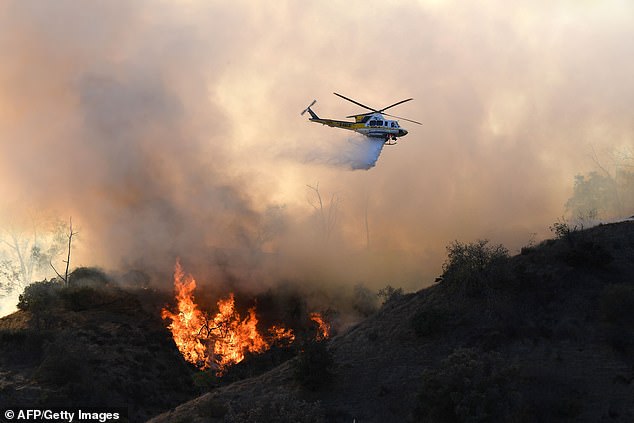 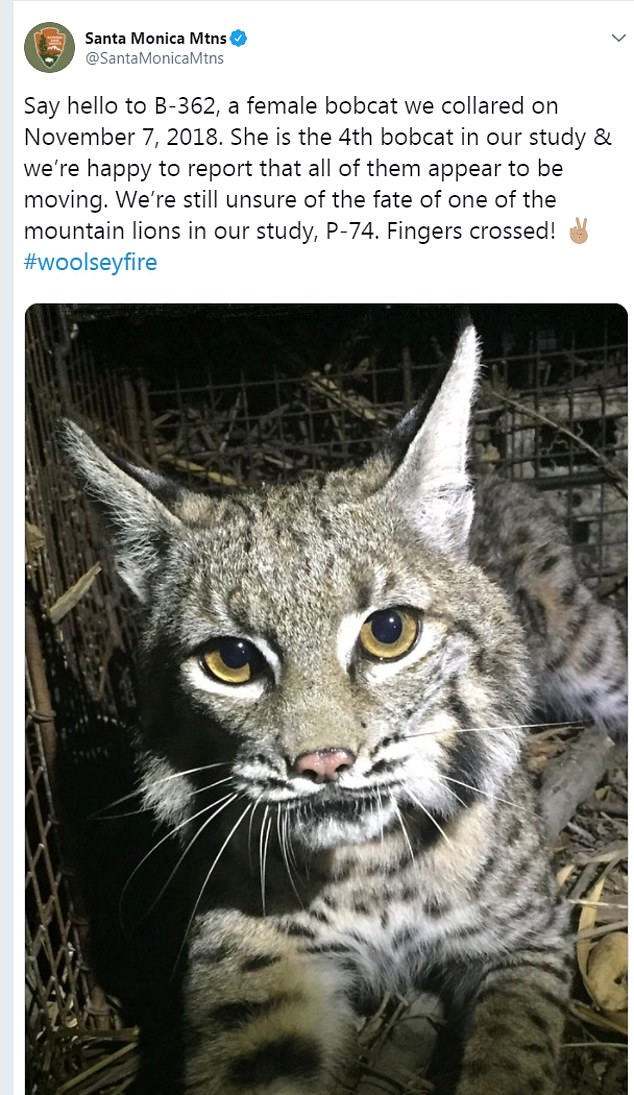 In addition, all four bobcats (one of which is seen above) that the agency monitors via GPS have been located in the Santa Monica Mountains northwest of Los Angeles

Their entire habitat has been destroyed, though there is good news.

The NPS said that all four bobcats that were being tracked are moving and alive.

In Northern California, authorities sifted through the charred wreckage of the state’s deadliest ever wildfire on Sunday, searching for any signs of the 1,276 people now listed as missing after the Camp Fire tore through the mountain town of Paradise.

The remains of 76 people have been recovered so far, 63 of whom have been tentatively identified pending DNA confirmation.

Early on Sunday the blaze, which ignited on Nov. 8, was 60 percent contained, officials said, up from 55 percent Saturday.

Rain is forecast for the area this week, potentially helping douse the blazes but raising the risk of floods and mudslides, adding to the misery of 46,000 people under evacuation orders.

On Saturday, two forensic anthropologists for the University of Nevada, Reno, were helping firefighters sort through the wreckage at a mobile home park for senior citizens in Paradise.