Six people in Chicago’s fourth-tallest building took a bumpy, rapid descent from the top almost all the way down, only to be trapped for three hours inside a elevator car.

A broken hoist rope was the problem, according to , as the passengers left the 95th floor’s Signature Room, a lounge and restaurant, in the skyscraper formerly known as the John Hancock Center. 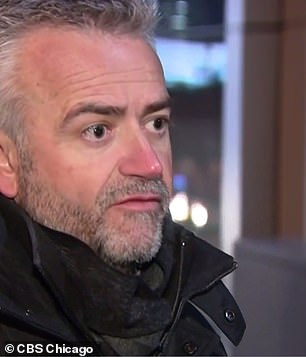 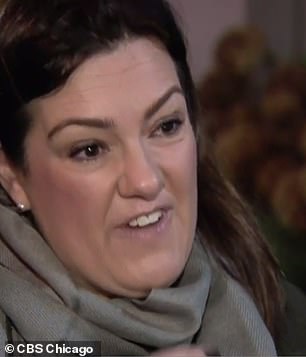 Jaime Montemayor (left), a tourist visiting from Mexico with his wife Mana Castillo (right), believed he and his wife ‘were going to die’ when the elevator fell from the 95th floor

Mana Castillo noted that a dust-like material start falling into the car. None of the passengers knew how far they had fallen until they were rescued.

Along with the tourist couple, the group included two students and a pregnant woman, according to , who were not identified,

The rescue itself would take another several hours, the  reported, as the car was in a ‘blind shaft’ for express elevators with few access points from outside that firefighters could use to even locate where it eventually stopped.

The building, officially known by its address 875 North Michigan Avenue, ironically boasts of safety features such as a ‘computerized monitoring system’ to locate any emergency to unlock any stairwell doors on its website, but the express elevator required breaking the wall to reveal where it was.

‘We don’t like to have to go through walls unless it’s absolutely necessary,’ Chicago Fire Department spokesman Larry Langford told the Tribune. ‘The only other way to get to the elevator would have been ropes from the 97th floor, and that would not be safe. We don’t come down like Batman so we must go through the wall.’ 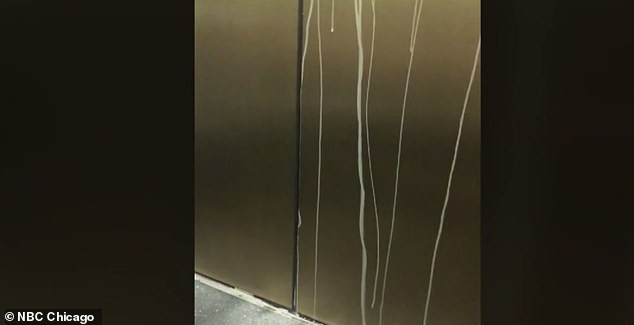 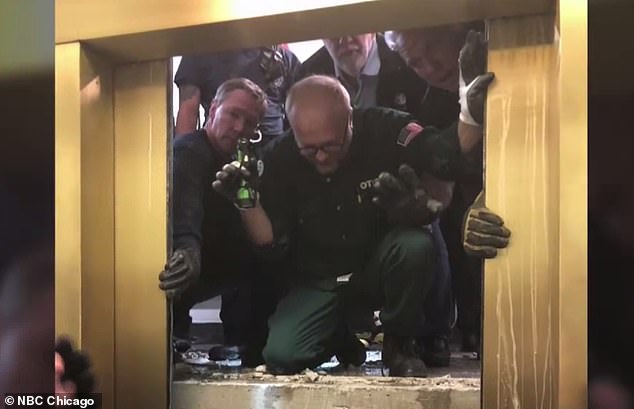 All six trapped individuals would be rescued early Friday morning after the nearly three hour ordeal when the firefighters cut through the wall to reach them, much to their relief.

‘It’s an awesome city, the firefighters are awesome people, and we are thankful to be here.’ Montemayor said according to the Tribune. 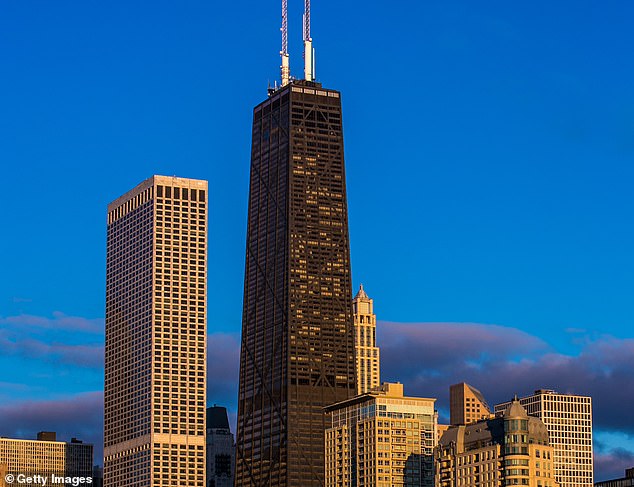 875 North Michigan Avenue, formerly the John Hancock Center until this year, stands 100 stories tall, with the Signature Room residing on the 95th floor

Yassie Safai behind the Dustin Johnson and Paulina Gretzky split
8 habits affecting your eye health old mascara to smoking
Turkey masses tanks on the Syrian border as the US prepares to leave
Mysterious radio signals have reached Earth from a galaxy 1.5 billion light years away
Women who return to work after having children slow their memory decline by 61 per cent
Donald Trump admits the challenge of when to open the country will be his 'biggest decision'
Sweden records 17 deaths from coronavirus - its lowest daily rise in a fortnight
Duck Dynasty star Willie Robertson's home is sprayed with bullets in a drive-by shooting in daylight