A depressed mother killed herself with pills she couldn’t afford after racking up hundreds in unpaid prescription bills and having her benefits cut.

Penny Oliver, 54, was found dead after overdosing at her flat in Whitstable, Kent on June 14 this year.

The mother-of-three had suffered with anxiety and most of her life and was devastated by the death of her fourth child – Josh – at the age of just 15 in 2014 after he took Ecstasy.

She was unable to work because of chronic back pain, but declared fit to go back in January, despite her mental health problems.

Eventually Mrs Oliver was unable to cope with the NHS and the Department for Work and Pension’s demands for money for medication and overpaid benefit, her children claim. They say both organisations have ‘blood on their hands’. 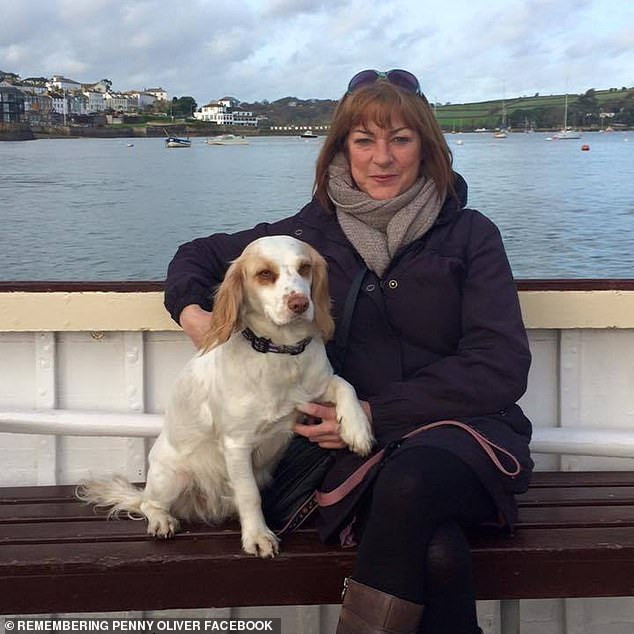 Penny Oliver, 54 (pictured) was found dead after overdosing on anti-depressants at her flat in Whitstable, Kent on June 14 this year

Mrs Oliver’s daughter, Charlotte, 29, told the : ‘The irony that she overdosed on anti-depressants, because she couldn’t afford to pay the prescription charges, is so painful for us as a family.

‘This should never happen. Mum was struggling to cope with having her benefits cut when she was already suffering from poor mental health.

‘But the very NHS that should have been helping her to deal with her depression instead began hounding her for cash and helped push her over the edge. She ended her life as a result.’

It comes after DWP figures revealed in 2015 as many as 90 disability benefit claimants were dying a month after being declared fit to return to work by new Government standards.

After her ESA was withdrawn in January, Mrs Oliver also had her council tax support taken away and her housing benefit reduced by half, according to the Mirror.

In March, she received a letter from the local council that she owed £303.77 in overpaid benefit.

Her NHS prescription charges were for £8.60 and £20.60 after she mistakenly ticked the ‘entitled to free prescriptions’ box at the pharmacy, thinking she was eligible.

But when she was told she wasn’t and chased for the cash by the NHS Business Services Authority, she was unable to pay. 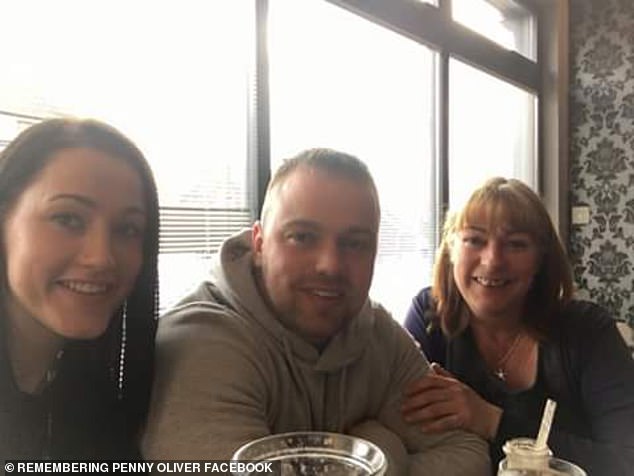 Mrs Oliver (pictured right) was unable to cope with the NHS and the Department for Work and Pension’s demands for money for medication and overpaid benefit, her children (Charlotte, 29, pictured left and Alex, 31 centre) claim

Further letters demanding money arrived after her death, which a coroner ruled was the result of suicide.

Her inquest in Maidstone heard her mental health deteriorated after her benefits were cut.

Also read out were goodbye notes to her children.

Her son Alex, 31, told the newspaper: ‘There is a serious lack of support. The authorities should have been trying to help her.’

A spokesman for the DWP told MailOnline: ‘Our thoughts are with the family of Ms Oliver at this very difficult time. 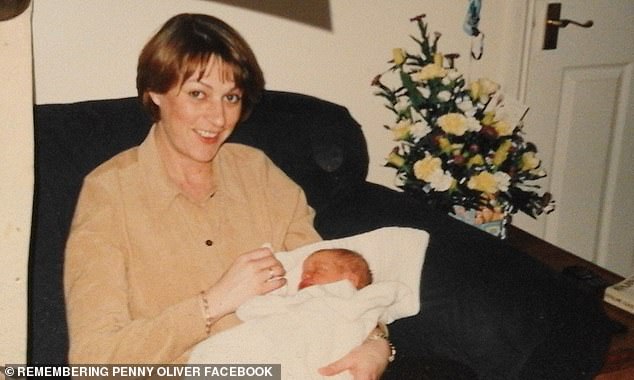 ‘We are committed to ensuring that people with health conditions get the support they’re entitled to. ESA decisions are made following consideration of all the information provided by the claimant at the time, including supporting evidence from their GP or medical specialist.

‘All claimants have the right to a mandatory re-consideration of any decision, and can further appeal to an independent tribunal, with the opportunity to present any further evidence to support their claim.

In statements to the Mirror, Canterbury City Council and the NHS Business Service Authority all offered their sympathies to Mrs Oliver’s devastated family.

For confidential support in the UK, call the Samaritans on 116123 or visit a local Samaritans branch. See  for details.

Police say shooter's gun jammed during office rampage
Trump claims Puerto Rico hired researchers to INFLATE death toll from Hurricane Maria
Ex-US Rep. John Dingell, 92, in hospital after heart...
Jeremy Corbyn will give a speech calling for a general election and 'delay Brexit past March 29'
Keith Flint dining with his personal trainer just hours before he 'killed himself'
PAUL THOMAS on... Boris Johnson's domestic woes
Charming black and white pictures show the Victorians casting off their stern image and smiling
Takeaway shops soar in areas with the worst obesity rising by up to a third