Teenage racing driver Sophia Floersch has suffered a spinal fracture after a horror crash at 171.6mph in a Formula 3 race.

The German was taking part in the F3 race in Macau when her car was lifted into the air and flew into a media section on one of the corners at the track at high speed.

Horrified spectators looked on in disbelief at the collision, which delayed the race for more than an hour and left five people in hospital. 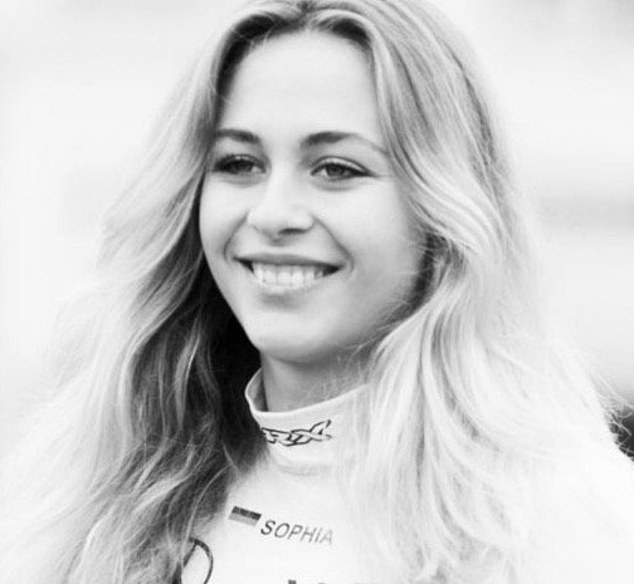 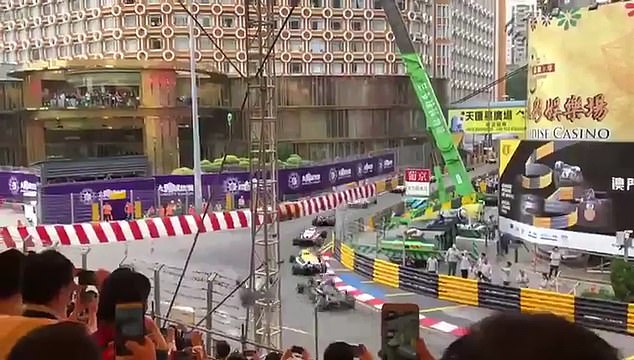 Shortly after a safety car left the track, Floersch and the other drivers approached a bend 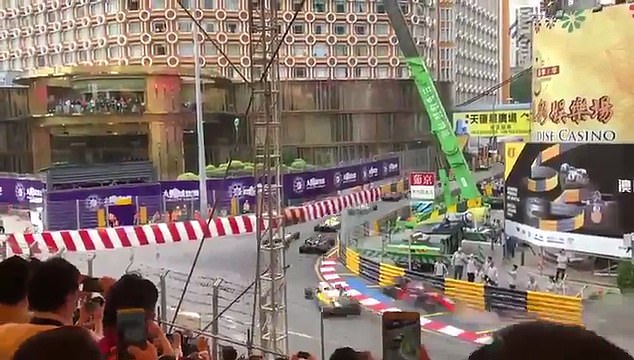 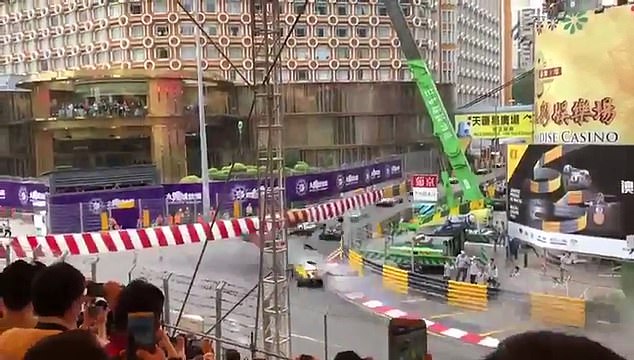 Floersch, 17, was speeding into the corner when she clipped the rail, collided with the back of driver Jehan Daruvala before being lifted into the air by a collision with Sho Tsuboi’s car.

That catapulted her car into the air and she flew through the fencing and into a platform used by photographers at the Macau track.

Slow motion footage shows the car hurtling towards the platform backwards, as terrified stewards and marshals run and duck for cover on the other side of the barrier.

Floersch’s car clips the top of the fence just before hitting the platform, flipping it and seeing the top side smash into the temporary structure.

With debris flying around, the car is momentarily upside down before settling back onto the ground. 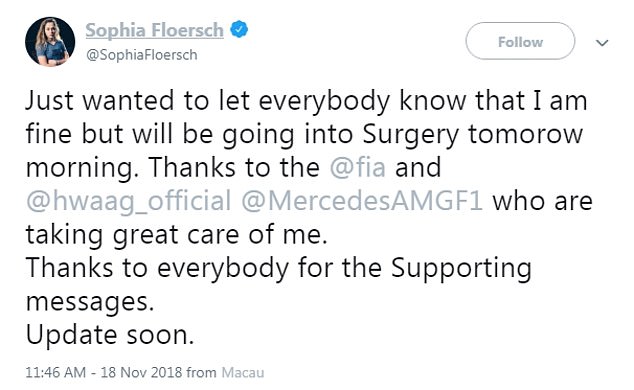 Marshals quickly regain their composure and rush to the aid of the teenager and the other injured people.

Although organisers confirmed Floersch was conscious, she has suffered a spinal fracture and remains in hospital.

Her condition is stable and she took to Twitter to thank fans for their messages and confirm she will undergoing surgery on Monday morning.

‘Just wanted to let everybody know that I am fine but will be going into surgery tomorrow morning,’ she wrote.

‘Thanks to the FIA, my HWA AG team and Mercedes who are taking great care of me. Thanks to everybody for the supportive messages. Update soon.’ 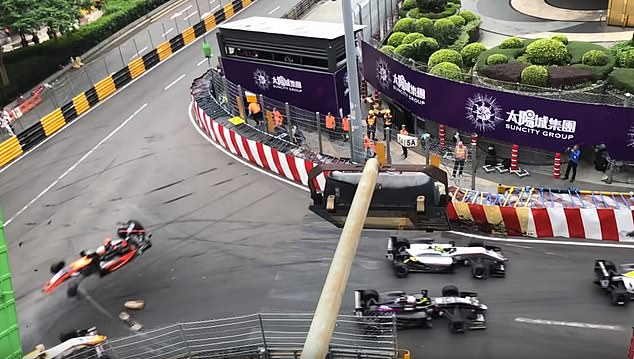 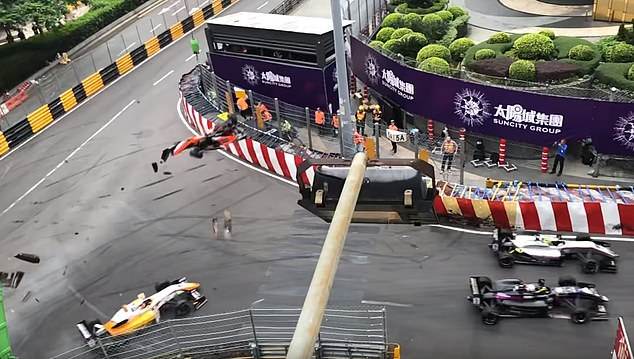 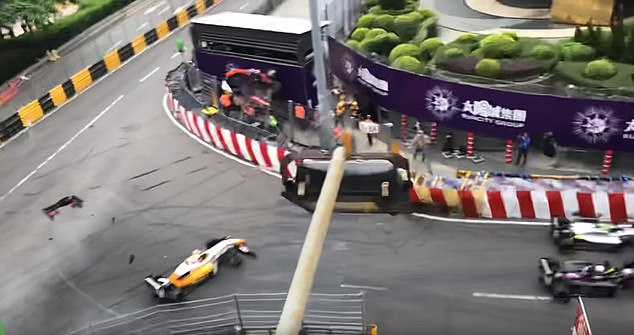 The car clips the top of a fence before the collision, flipping it so the topside hits the structure 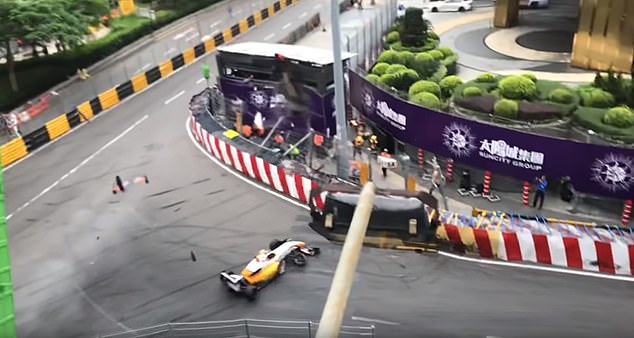 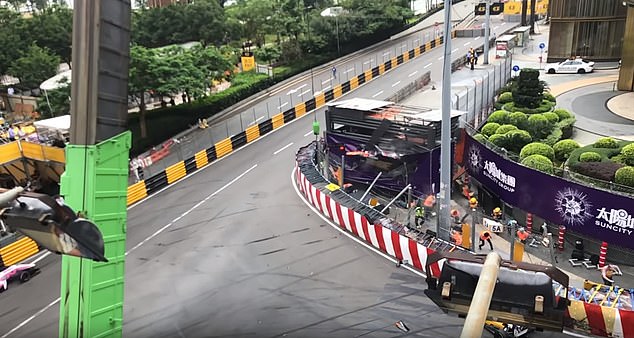 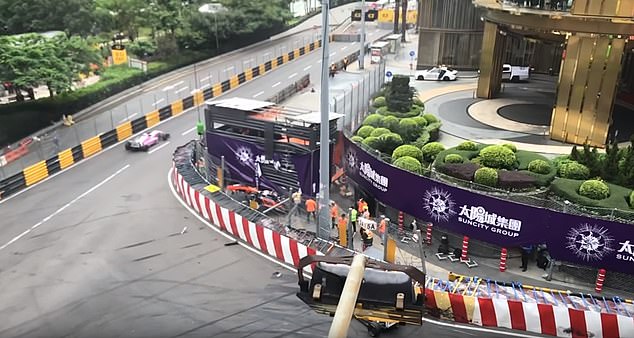 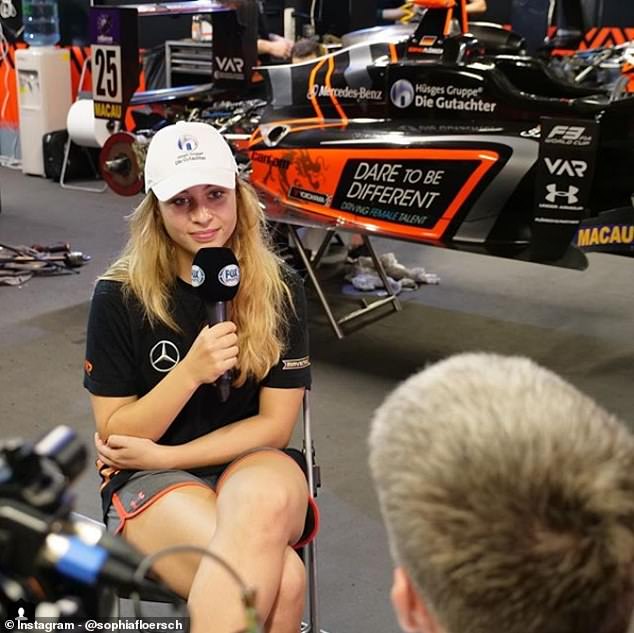 Sophia Floersch was born in Grunwald, Germany, on December 1, 2000.

At just 17, the Formula Three driver is considered one of the up and coming drivers in motorsport.

The German took up go-karting at the age of five and went on to compete in various competitions across Europe.

She broke a number of records in her early days and was the first female and youngest driver in three competitions.

She joined HHC Motorsport in the Ginetta Junior Championship when she was 14 and became the youngest person to win a race in the competition.

In 2015, she signed with Motopark to drive in the ADAC Formula 4 Championship.

She became the first female to score points in an ADAC Formula 4 race with her debut race.

After two years with Formula 4, she made the jump to Formula 3.

Her fist test was in March and in July, it was announced she would join Van Amersfoort Racing.

She took part in the Macau Grand Prix on Sunday – but suffered a terrifying airborne crash, injuring herself and four others.

Tsuboi was also injured in the collision and has been taken to hospital with lumbar pain.

The marshal hurt in the incident suffered a deep cut in his face, a fractured draw and an abrasion of his upper abdomen wall.

One photographer sustained a liver laceration and is being observed in hospital, while the other photographer suffered a concussion and remains under observation.

Ferrari junior Guan Yu Zhou was following Floersch at the time of the accident admitted it was scary moment and that a yellow caution light distracted her.

‘First of all it was such a scary moment,’ Guan said.

‘Coming after Mandarin [the preceding right-hand kink], I saw the yellow, but I think it was just a mistake by the organisers’ station.

‘Sophia was really close to Jehan, so when Jehan braked early she had no time to react.

‘She hit Jehan’s right-rear, and that spun her around straight into Lisboa, and she flew into the other car. I just hope she’s OK.’

Floersch’s father Alexander was at the race and went to the hospital with his daughter, confirmed her team boss Frits van Amersfoort.

‘We have to thank the angels she had with her today, and for the fantastic strength of the Dallara car,’ Van Amersfoort told Motorsport.com.

Famous names from the Formula 1 world were quick to send their best wishes to Floersch, who is considered one of the hottest young talents in motor-racing.

F3 is a breeding ground for future F1 drivers and Floersch moved up to that level after making history at F4.