Hardline Brexiteers in the Tory Party today stepped up their bid to try to force to abandon her controversial plan.

The European Research Group – which is led by Jacob Rees-Mogg – tried to turn the screw on Mrs May by releasing a report savaging the PM’s divorce package and demanding a radical change in policy.

But they faced embarrassment as their seven-page report wrongly states the historic referendum to leave the EU was in 2017 – whereas it was held the year before.

Furious Tory Brexiteers in the group are desperate to force the PM to abandon her Brexit plans as the talks enter their final, crucial stages.

Leading members of the group – including Mr Rees-Mogg and his close ally Steve Baker – are spearheading the attempted coup to oust her as leader.

The ERG, the powerful group which represents Brexit-backing Tory MPs, tried to heap fresh pressure on the PM today by firing off a document tearing into her plan. 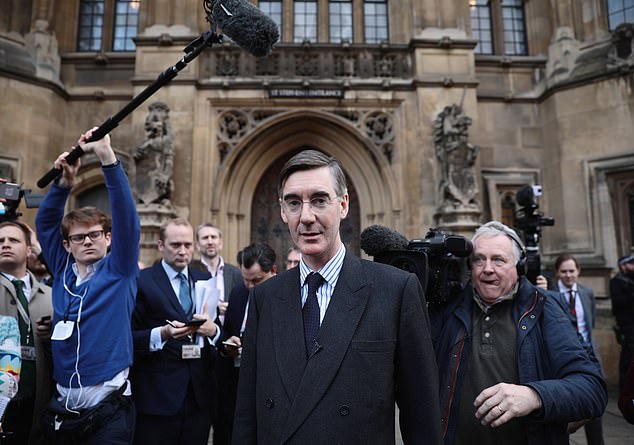 They they warn it will leave Britain a ‘vassal state’ having to swallow law drawn up in Brussels without having any say in them.

The document, entitled ‘The case against Chequers and the draft withdrawal agreement, also blasts the PM for agreeing to hand over £39billion in a Brexit divorce bill without having a future trade deal guaranteed.

It states: ‘The UK will continue to be bound by EU laws in vital areas such as social policy, environmental policy and employment policy, i.e will obey EU laws, but have no further influence over how they are drafted.

‘We will thus become a ‘rule taker’ and will have surrendered our sovereignty in these critical areas.’

They warn a major concession which will allow more EU regulatory checks to be  carried out in Northern Ireland risks driving a wedge between the UK.

And they blast the controversial backstop plans, which would keep the UK tied into an EU customs union of no free trade deal which keeps a soft Irish border is done in time.

It states: ‘In summary, the combination of these measures means the United Kingdom will have not left the European Union but will instead be ‘half in and half out’.

‘This will mean that we will become a ‘vassal state’ many of whose laws will have been created abroad and over which we have no influence.

‘This is completely against the spirit of the 2017 referendum in which 17.4 million UK citizens voted to leave the European Union.’

The historic Brexit referendum was in fact held on 23 June, 2016.

Instead they want the PM to try to get a ‘Canada plus’ deal with the EU.

Mrs May is in the political battle of her life to survive as PM in the face of a Brexiteer plot to oust her, and get her divorce package through Parliament.

She faced a fresh barrage of attacks this morning, with Dominic Raab – who plunged her Cabinet into meltdown with his shock resignation – accusing the EU of trying to bully and blackmail Britain. 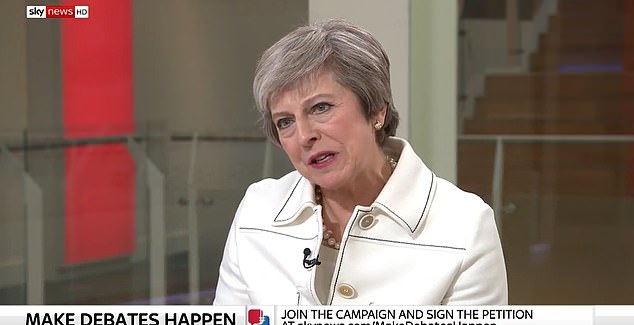 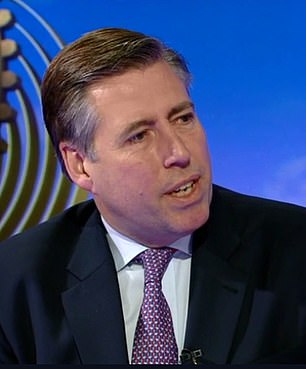 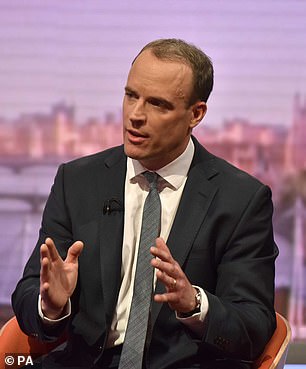 Dominic Raab (pictured right on the BBC’s Andrew Marr show this morning) accused the EU of trying to ‘bully’ and ‘blackmail’ Britain in the talks, as he continued his stinging attack on the PM’s Brexit plan. But Sir Graham Brady, chairman of the Tory Party’s 1922 Committee, (pictured left on the BBC today) said he he has not received the 48 letters needed to trigger a no confidence vote in Mrs May

‘I do think there is a point at which, we probably should have done it before, were we just say ‘I’m sorry this is the United Kingdom of Great Britain and Northern Ireland, we cannot accept those dictated terms’.’

But a defiant Mrs May is stepping up her fightback – warning her rebellious MPs their revolt could backfire and stop Brexit happening altogether.

In a rare live TV interview, she told Sky News’ Sophy Ridge on Sunday: ‘A change of leadership at this time is not going to make the negotiations any easier and it is not going to change the parliamentary arithmetic.

‘It will bring uncertainty and increase the risk that we delay the negotiations, and that is a risk that Brexit gets delayed or frustrated.’

The PM insisted her deal delivers on Brexit and is in the national interest. 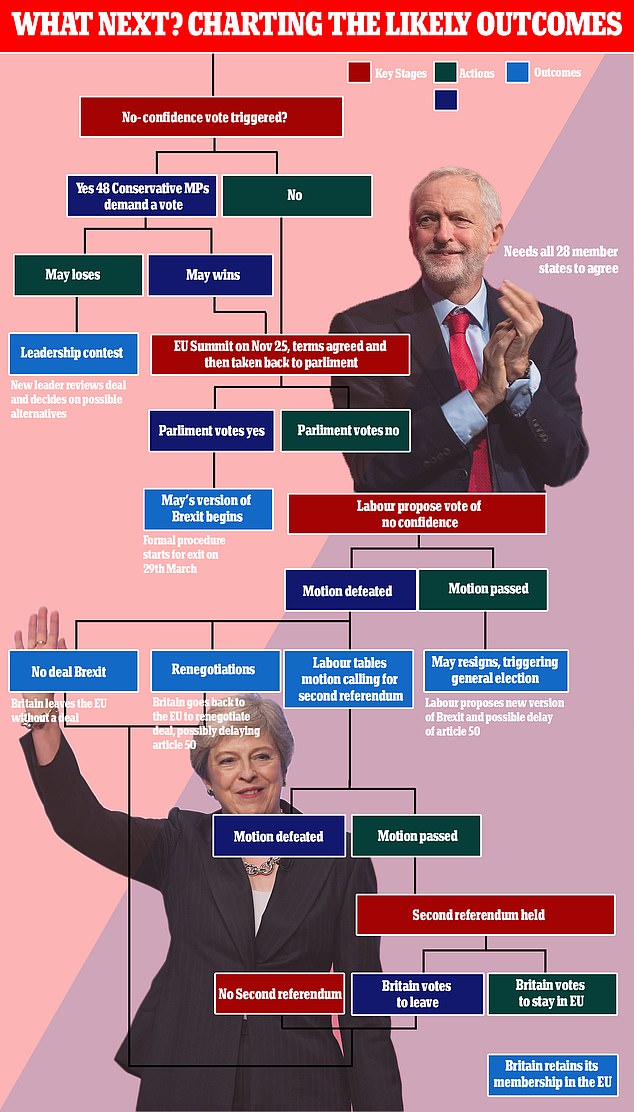 As Westminster is plunged into turmoil over Brexit and the future of Theresa May as PM, a no deal Brexit and a second EU referendum are both looking more likely