Almost half of Britain’s voters want to stay on as Prime Minister and see through , it has been revealed.

But the Conservatives have lost ground to Labour in the polls after a chaotic week of politics saw Theresa May’s party turn on itself over Brexit.

Two surveys of voting intentions taken at the height of the slew of resignations and infighting over the Prime Minister’s withdrawal deal shows the Tories fall behind ‘s party.

A ComRes poll for the Sunday Mirror and Sunday Express saw the Tories leak three points, falling from 39 per cent to 36 per cent since September, while Labour remained on 40 per cent.

But there was some backing for Mrs May in the ComRes poll, with almost half (47 per cent) of those polled saying she should remain as Prime Minister at least until Britain leaves the European Union on March 29 next year. 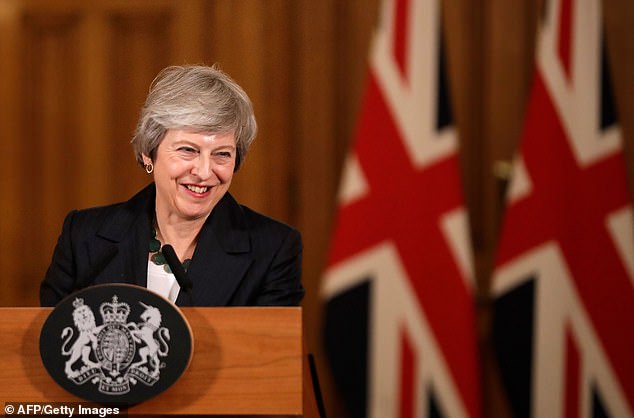 Almost half of Britain’s voters want Theresa May (pictured last week) to stay on as Prime Minister and see through Brexit, it has been revealed

Those backing her included 75 per cent of Conservative voters and one in three Labour supporters, according to the Mirror.

There was bad news for some of her possible challengers, with just 8 per cent of voters wanting Environment Secretary Michael Gove to take over if Mrs May steps down.

Boris Johnson was backed by 21 per cent of those polled – but he was also the most actively opposed, with 61 per cent against his appointment. Just 19 per cent were ‘don’t knows’, the lowest of all four.

The survey found only a quarter of people want the Prime Minister to call an immediate general election.

It also found a second referendum would be a close call, with Remain beating Leave by 45 per cent to 43 per cent, with one in 10 of people saying they had ‘had enough of Brexit and wouldn’t vote’.

In what may be an additional shock, the same poll saw the Tories lose 10 points among Leave voters after a deal with Brussels was agreed.

Both polls surveyed just over 2,000 people on Wednesday and Thursday, days marked by resignations and talk of confidence votes over Mrs May’s leadership.

Adam Drummond, Opinium’s head of political polling, said: ‘With the country almost as divided as on referendum day two-and-a-half years ago, it’s no surprise that we find ourselves in a messy situation now that the actual form of Brexit has been announced.

‘The backlash against the deal, similar to that against Chequers in July, has seen Leavers start to flee the Conservatives, giving the Tories their lowest vote share since Theresa May became Prime Minister. 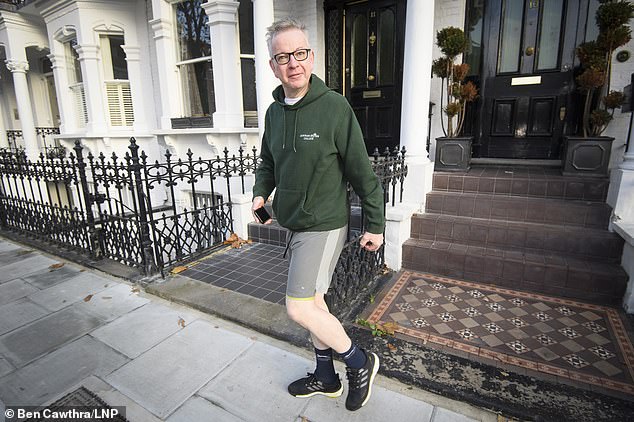 ‘There are two bits of good news for Theresa May though. The first is that Jeremy Corbyn is seen to have responded to Brexit even more poorly than the PM has.

‘The second is that while her deal is nobody’s first choice, it is almost everybody’s second choice.

‘Her challenge is that Remainers and Leavers both believe that their ideal outcome is still on the table and the best way of achieving it is to vote down her deal and take their chances.’

Almost a quarter (24 per cewnt) said we should leave without a deal, and almost a third (32 per cent) believe we should opt to remain instead.

But 63 per cent of people wanted to accept her deal if their first choice option did not occur.

More than half of people (52 per cent) disapprove of her handling of the negotiations, but a similar number (50 per cent) said they also disapprove of Mr Corbyn’s reaction to Brexit.

Pelosi as House speaker would 'show the power of the...
Mischief managed: Real-world Harry Potter game released TODAY
Ben Stokes's wife laughs off 'crazy' claims cricketer grabbed her face
Police vehicles smash their way through Barcelona protestors' barricades on Las Ramblas
ISIS bride Shamima Begum, 19, tells of her fears in Syria after Turkish forces surged into country
Apple cancels premiere of The Banker after son of film's real-life protagonist accused of sex abuse
Like slavery, there are some (such as my daughter) whom the law treats as less than fully human
Dentist Walter Palmer who killed Cecil the Lion 'is back hunting sheep in Mongolia'