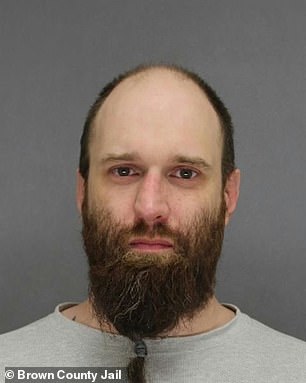 A woman was found hiding in the basement of a Green Bay, Wisconsin home Friday as a SWAT team, bomb squad and hazmat searched a ‘clandestine laboratory’ belonging to a white supremacist who is ‘known to officers’.

Michael Tracy Anderson, 38 – who boasts tattoos such as one with the words ‘Nordic Pride’ and is believed to be a behind an anti-Semitic page – is expected to be charged with a felon in possession of a firearm, after law enforcement found a weapon on the property Thursday.

Police were originally called to the scene about a domestic disturbance involving Anderson, who was arrested for Disorderly Conduct in 2012, and when they arrived they spotted a vehicle leaving, and loop around the block before the inappropriately dressed woman jumped out and ran back into the home.

When they entered the home they discovered the containers of liquids and powders that could create explosives when used together.

‘They discovered a large volume of hazardous-type chemicals in the basement of the residence. Things that we’re not used seeing — you know, normal cleaning chemicals and things like that — but things that were more hazardous or volatile in nature,’ Police Captain Jeremy Muraski said. 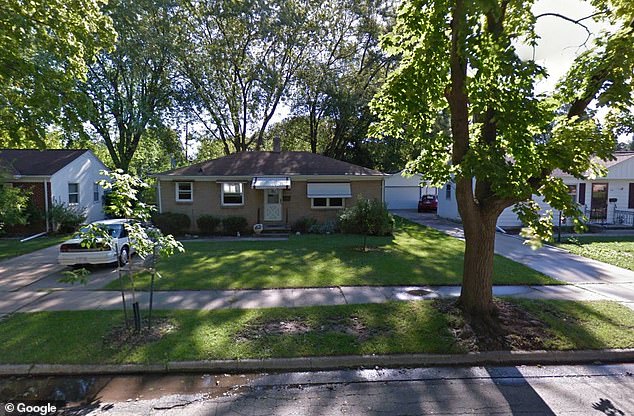 Cops were called about a domestic disturbance at a Green Bay, Wisconsin home (pictured)

A SWAT team, bomb squad and hazmat discovered a woman hiding in the basement Friday

The unidentified woman was taken to hospital and questioned

Green Bay Police are holding a news conference on Redwood Ave., where we expect new details about a large amount of chemicals found in the home. Article at https://www.wbay.com/content/news/Hazardous-chemicals-found-in-Green-Bay-home-500598332.html

‘The chemicals as they sit individually might not pose a hazard, but the tricky part is if they would come in contact with each other, if any of them were spilled, if they’re in containers that are breaking down or not really designed to handle that type of chemical. In a household situation that’s something you worry about much more so than in an actual chemistry lab.’

Neighbors were ordered out of their homes around noon and weren’t allowed back until 5pm Thursday.

It was only until teams searched the property – which Anderson does not own but has regular access to – that the female was found hiding in the basement.

Fire and EMS crews arrived at the scene and the woman was transported to hospital, reports . 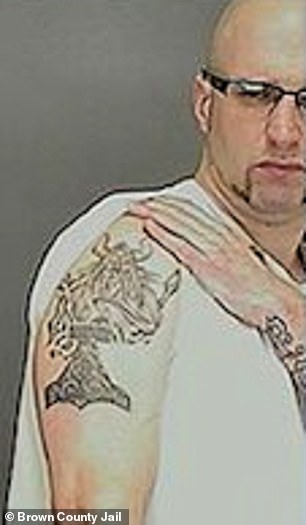 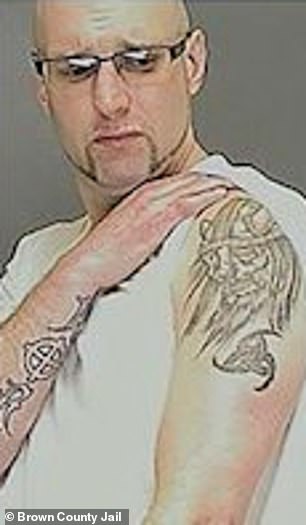 Anderson is ‘known to officers’ and boasts a ‘Nordic Pride’ tattoo 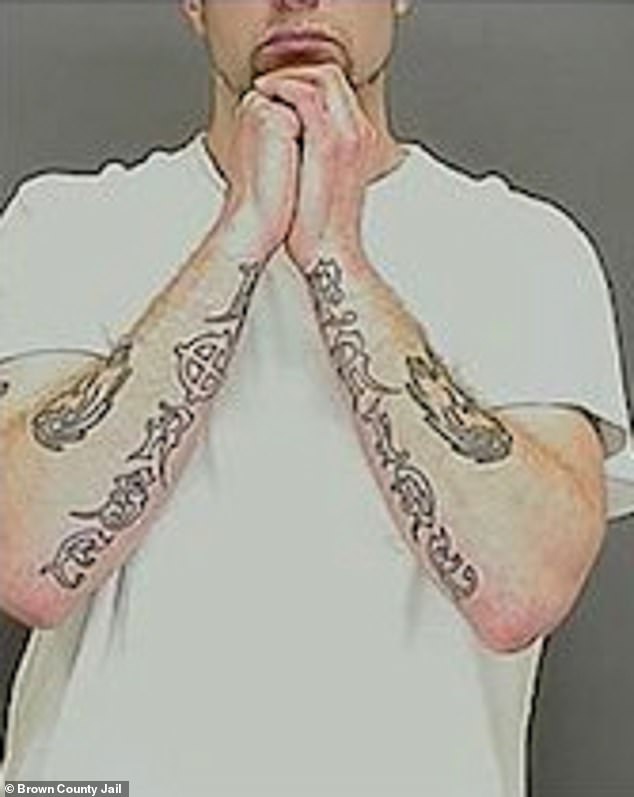 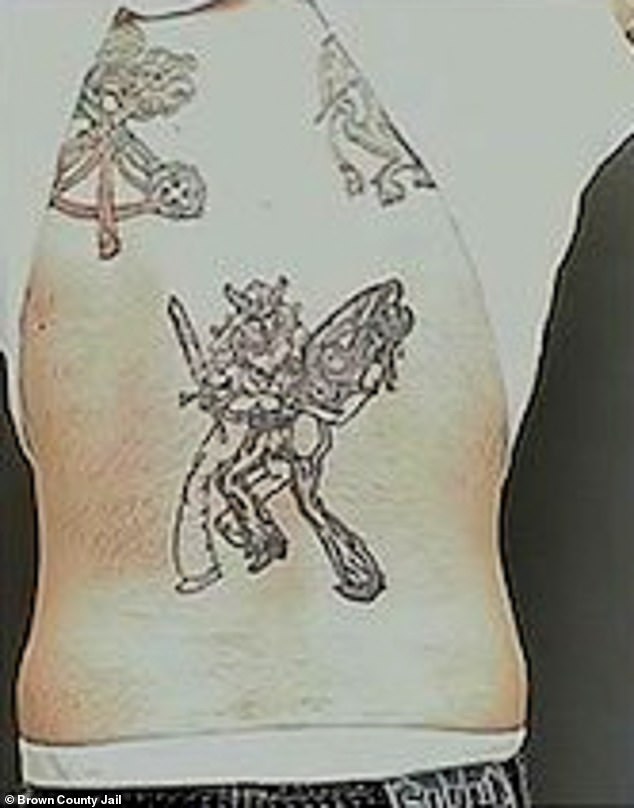 It’s not known whether the woman remained there during the evacuation or returned later on. She was not arrested but was questioned by detectives.

Authorities have not found out what the materials were being used for but in court Friday a prosecutor said the test results showed the chemicals were highly explosive. 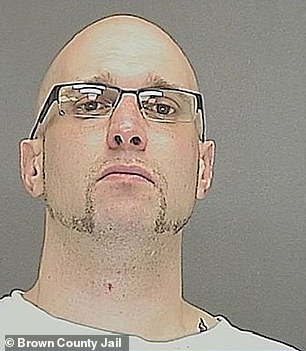 ‘Some of those materials have been taken as samples and will be going through laboratory settings, things of that nature. As of this point, though, the house is safe, the neighborhood is safe,’ Muraski said.

‘It could be something people are using to manufacture drugs or of course in a much more severe situation possibly manufacturing explosives-type devices. As of this time, we don’t have any conclusion that any of those things is going on.’

He added about Anderson who remains in custody: ‘The male was apparently described as being somewhat verbal to officers, but I’m not aware of any deployment of weaponry or anything like that.’