The millionaire owner of struggling rugby league club Leigh Centurions has been left nursing a bruised wallet after he failed to display a license plate on his £300,000 Lamborghini.

Tycoon Derek Beaumont was pulled over on the M60 near Manchester after a police patrolman noticed there was no registration number on the front of his orange coloured Aventador V12.

Roadside inquiries revealed the plate was in the boot of the car but that Beaumont had ignored a £60 fixed penalty notice offered by the traffic officer and drove away. He was later summonsed to court. 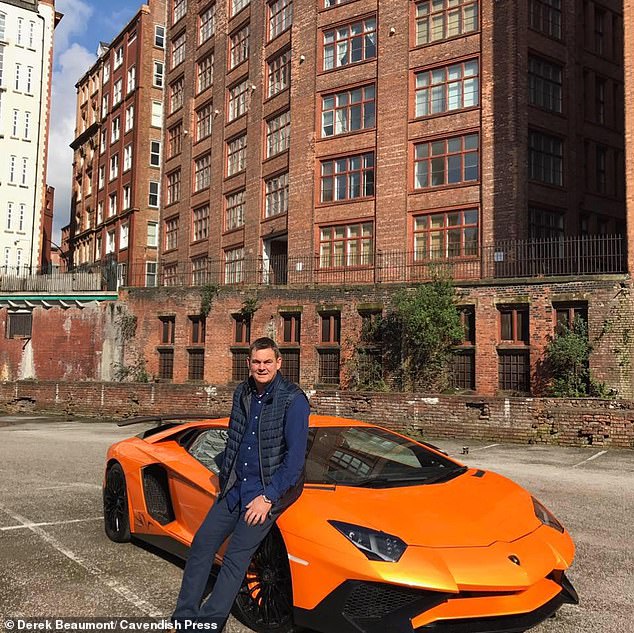 Derek Beaumont (pictured above) with his orange Aventador V12 Lamborghini. The 47-year-old had failed to display a license number on the car

The 47-year-old from Bolton, failed to attend the hearing at Manchester Magistrates’ Court and was convicted in his absence of an offence under the Road Vehicles (Display of Registration Marks) Regulations 2001.

He was fined £440 and was also ordered to pay £129 in court costs and surcharges, however he will not have any points endorsed on his licence.

The incident occurred on June 11 this year after Leigh Centurions were relegated from Rugby’s Super League and was subsequently placed in special measures due to players being released and lack of funding.

Prosecuting, Claire Cleary, said: ‘A police officer in a patrol car on the M60 at junction 13 for Worsley was alerted when he saw an orange Lamborghini. He immediately saw that the car was not displaying a front registration plate.

‘He followed it and saw that there were two passengers in the car, one male and one female. He pulled the Lamborghini over and he spoke to the male, who was driving, now known as Derek Beaumont.

‘The officer pointed to the front of the bumper. Mr Beaumont said to him that the plate fell off while he was driving. Derek Beaumont then showed him the front registration which was in the boot of the car but refused to attach it, saying that he couldn’t stick it on. 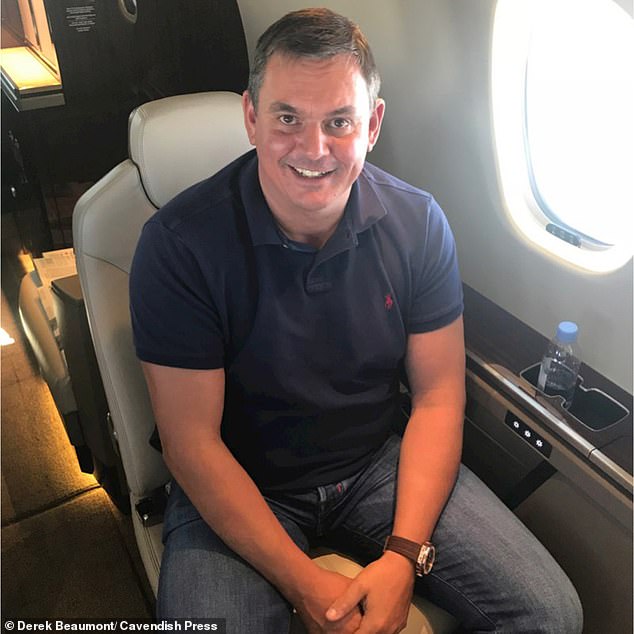 ‘The officer reported Mr Beaumont but he refused to accept the Fixed Penalty Notice, so the officer told him he would be summonsed to court. Mr Beaumont drove off, still with the licence plate unattached.

‘It’s a non-endorsable offence. I believe it would have been around £60 in costs but now it’s gone to court it will be much greater.’

Beaumont did not attend the hearing and no mitigation was read on his behalf.  Beaumont claimed the court hearing had been held in error and without his knowledge.

He declined to comment on why no registration plate was on his vehicle but said previous hearings had also been held about the matter, also in error and fines imposed on him had been refunded. 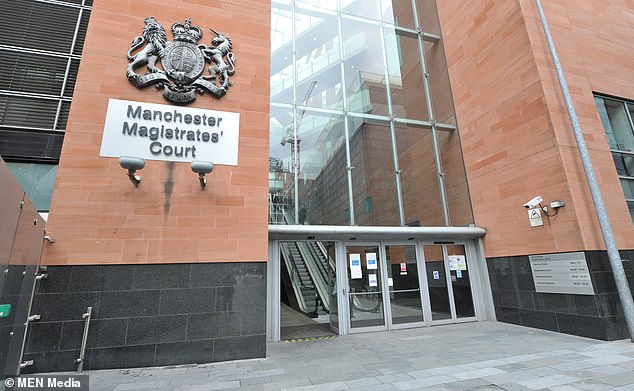 In a statement he added: ‘This allegation took place many months ago and a full disclosure was sought by me including video footage which was not provided nor responded to despite being received recorded delivery by the courts.

‘Instead without my knowledge a hearing took place that I obviously wasn’t present at. A few weeks ago without any notice of that hearing or outcome I received a cheque refunding me the amount from the courts and I actually banked it.

‘It is ridiculous that another a court hearing has taken place but it goes without saying that the hearing will no doubt follow the same process and the court will overturn their error and I will be refunded the money as I will pay it once notified so as to avoid any collection issues.

‘Hopefully at that point I can receive the video footage and full disclosure requested before entering a plea and attending court at a hearing that I am notified of, so that the matter can be dealt with according to the law of the land.’

Under his stewardship, Leigh had won the Championship and were promoted to the Super League but tumbled back after just one season.

Subsequently the club then let go of the majority of their squad, some of which then attempted to take legal action against the club.

The special measures, set by the Rugby Football League, mean that Beaumont is unable to sign players, and uncertainty around the club’s future makes it impossible for him to appoint a head coach.

Should the issues not be settled, there is a concern the club which is currently up for sale could fold.