With only a fortnight to go until my 65th birthday, my in-tray is filling up nicely with offers of benefits from the state. I’ve had one letter from the Department for Work and Pensions, inviting me to apply for my entitlement of £164.35 per week — call that a handy £8,500 a year.

Another comes from Councils, the umbrella group for the capital’s local authorities, saying I can now upgrade my 60+ London Oyster card to a fully fledged Freedom Pass, which will give me free travel on buses all over England.

Had I been born three weeks and three days prematurely, I would also be eligible for a tax-free Winter Fuel Payment, worth up to £200. But for reasons best known to bureaucrats and their political masters, only those born before November 5, 1953, may apply. 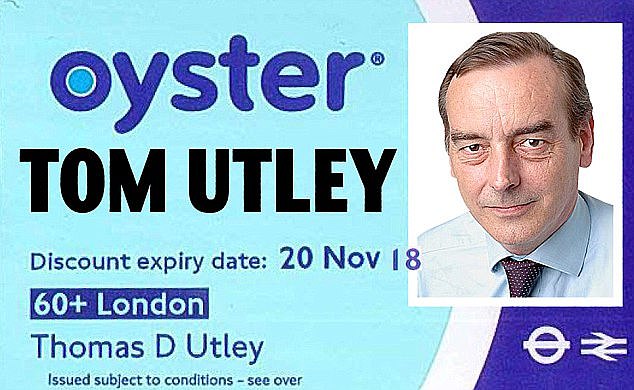 ‘I can now upgrade my 60+ London Oyster card to a fully fledged Freedom Pass, which will give me free travel on buses all over England’

Having entered this world 24 days later, I will just have to wait another 12 months for mine. But if you’ll forgive the heavy sarcasm, I’m sure it’s a comfort to all of us to know that the likes of Sir Philip Green, aged 66, are already eligible for the payment, which should keep them toasty warm aboard their yachts in the Caribbean even if the winter turns parky at home.

Not that I’m complaining, mind — although I reckon hard-up taxpayers have a right to be miffed at the thought that a chunk of their earnings may be financing non-means-tested benefits for ageing billionaires. (To be fair, I have no idea whether or not Sir Philip claims his Winter Fuel Payment, or whether he gives it to charity.)

Indeed, I myself suffered an agonising moral dilemma on my 60th birthday, when the then Mayor of London — one Boris Johnson — tempted me with the extraordinary offer of a 60+ Oyster card that would give me free travel on all the capital’s buses and local train services.

I hasten to say that this wasn’t a special favour to me, as a friend and former colleague of Boris. It was a perk — I almost wrote ‘an electoral bribe’ — which he extended to all residents of London boroughs when they turned 60.

There I was, like so many people of my age, employed full-time on a higher salary than I’d ever earned before. The mortgage was nearing its end (in fact we paid the final instalment just last week — a joyous moment that only those who have experienced it, after decades of struggle, will fully appreciate).

At that stage, all four of our boys had fled the nest — though regular readers will be aware that two of them are now back. This saved us a packet in electricity and heating bills and wasted food. (‘Sorry, Mum, I won’t be home for supper tonight. Didn’t I tell you?’ No, he didn’t. They never do, the thoughtless swine.) 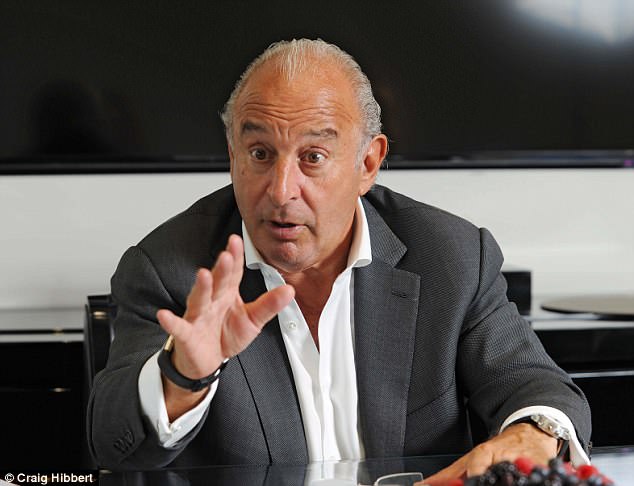 ‘Had I been born three weeks and three days prematurely, I would also be eligible for a tax-free Winter Fuel Payment, worth up to £200. I’m sure it’s a comfort to all of us to know that the likes of Sir Philip Green, aged 66, are already eligible for the payment’

I was richer than I’d ever been in my life. Yet there was Boris, apparently thinking this was the moment when I should no longer be expected to pay for my daily commute, and that the £36.80-a-week burden should be shifted on to council tax payers much poorer than I.

For six pious weeks, I resisted the temptation dangled before me by this blond-mopped Satan. But, dammit, I’m not a ruddy saint. After 42 days of heroic struggle with my conscience, I surrendered.

So I applied for that 60+ Oyster card, and since then it has saved me more than £15,000, which I’ve spent largely on cigarettes and booze (the rest I wasted). Five years on, the Government feels I’m so ancient that I now deserve the even greater benefits of the Freedom Pass.

This is in spite of the fact that although I’m giving up my full-time job at the end of this month, I’ll be carrying on with this column — a one-day-a-week commitment for which I’ll be generously paid (thank you, boss). Enough to say that my exit negotiations have gone rather more smoothly and satisfactorily than others I could mention.

Add the state pension to which I become entitled 13 days from now, and I think it safe to say that I won’t have to worry for a while where my next packet of Marlboro Reds will be coming from — at least until Jeremy Corbyn comes to power and sets about smashing the rich. But that’s another story.

So, yes, I’ve been exceptionally lucky in life — and never more so than in the date fate chose for my birth. For this makes me one of the very last men in the country to become eligible for a state pension at 65, before the changes in the retirement age kick in next month.

If I’d stayed in my mother’s womb just two weeks longer, I’d have to have waited until I was 65 years, two months and 20 days old before the money started coming in from the DWP.

But that’s nothing beside the fate of my dear wife — aged 61, as I hope she won’t mind my revealing. She is one of those women championed by WASPI (Women Against State Pension Inequality) who has been stung badly by the changes in the retirement age. She’ll have to wait for her pension until her 66th birthday, while women born ten years after her will have to work until they’re 67. That’s a full seven years longer than my mother’s generation.

As for our grandson, whose first birthday falls next month, the poor little mite will have to wait for his pension until he’s 68. That’s always assuming future governments won’t move the finishing tape yet again, carrying it ever further away from workers panting to reach it.

Indeed, it strikes me that many people younger than I am — my wife included — would give their eye teeth to have been born on the same day as me, able to look forward to an £8,500-a-year bonus from the end of this month.

When I first glanced at the story, I took his motive at face-value, thinking this self-styled ‘positivity guru’ was a barking madman, whose purpose was to campaign against ageism. I had visions of self-identifying as 75 to qualify for a free TV licence. Or perhaps 12-year-olds might change their age to 17 so that they could drive a car on the public roads.

Others made the same mistake, taking to Twitter to condemn him, without questioning his motive for bringing the action. A typical example read: ‘Comparing age-fluid to gender-fluid is ridiculous! You can’t deny time.’

Look more deeply, however, and it appears that Mr Ratelband is a serial show-off, with far-Right-wing leanings, whose true motive has little to do with ending discrimination against the elderly. Witness his fatuous explanation that he wants to lower his legal age so that he can get ‘more response’ from potential dates on Tinder.

The real-life Benjamin Button? Emile Ratelband (pictured in front of court) is battling to reduce his age by 20 years

No, his apparent purpose is merely to ridicule the idea that people can legally self-identify as male or female, no matter which sex they belonged to at birth.

Like many others, I find his joke somewhat tasteless, not to mention a waste of court time. Clearly, some people suffer terribly from the feeling that they’re trapped in the wrong body, and it’s nasty to mock them for it.

But at the same time, I can’t help feeling he has a point. Is it really any more absurd for a 69-year-old to demand the right to be treated as 49 than for someone with male organs to self-identify as female?

If the law allows us to retreat from reality like this — letting male criminals serve their sentences in female prisons etc — then isn’t the law a dangerous ass? Abandoning our fundamental notions of truth is surely the path to insanity.

But never mind what I think. Two weeks from today, I’ll be 65 — and as many a wise old reader has warned me, nobody takes any notice of OAPs.

‘He’s bought very excessive requirements': Reiss Nelson reveals demanding facet to new coach Freddie...
Ally of Iran's Ahmadinejad gets 6 years for protest
Something wicked this way comes!
Duty on booze is FROZEN on beer, cider and spirits
First Dates star Dino Hira rumoured for Married At First Sight after winning Mr Australasia
Terrified man clings to car's bonnet as driver speeds through city centre after a row over money
PIERS MORGAN: Most terrorists don't change their evil spots - lock them up forever
Can you REALLY save more using these firms that help you switch fuel supplier?